Monday already? This weekend really flew by! I was up in the city all day Saturday for a holiday bazaar in the morning, then since one of my best friend's wedding reception was that evening, I decided to just hang out all afternoon. It was such a great party, and it was so great to see all my friends in one place! 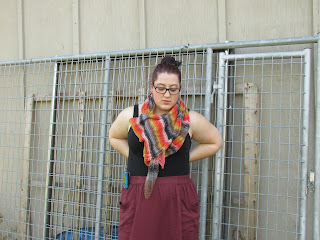 Last week I was hoping that I'd be able to get at least one of the sweaters done over the weekend, up until I realized that Saturday was just going to be lost. But never fear! I finally have FO pictures of my Halloween scarf! 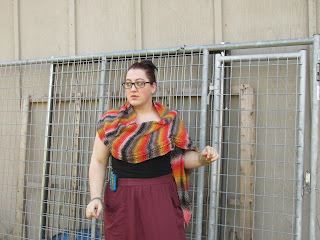 I ended up being able to knit this exactly as written, sized up just by using worsted-weight yarn and US7 needles. I was afraid for a while in the middle that I'd need to cut out a couple of repeats, but it all worked out great. The scarf is a fantastic length-it was even too long to block on the futon! It works great as a bulky layer around my neck, or just draped shawl-style. 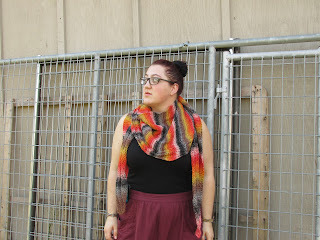