I haven't really taken pictures of anything yet, except for most of a scarf while it was blocking on my bed with most of Ella: 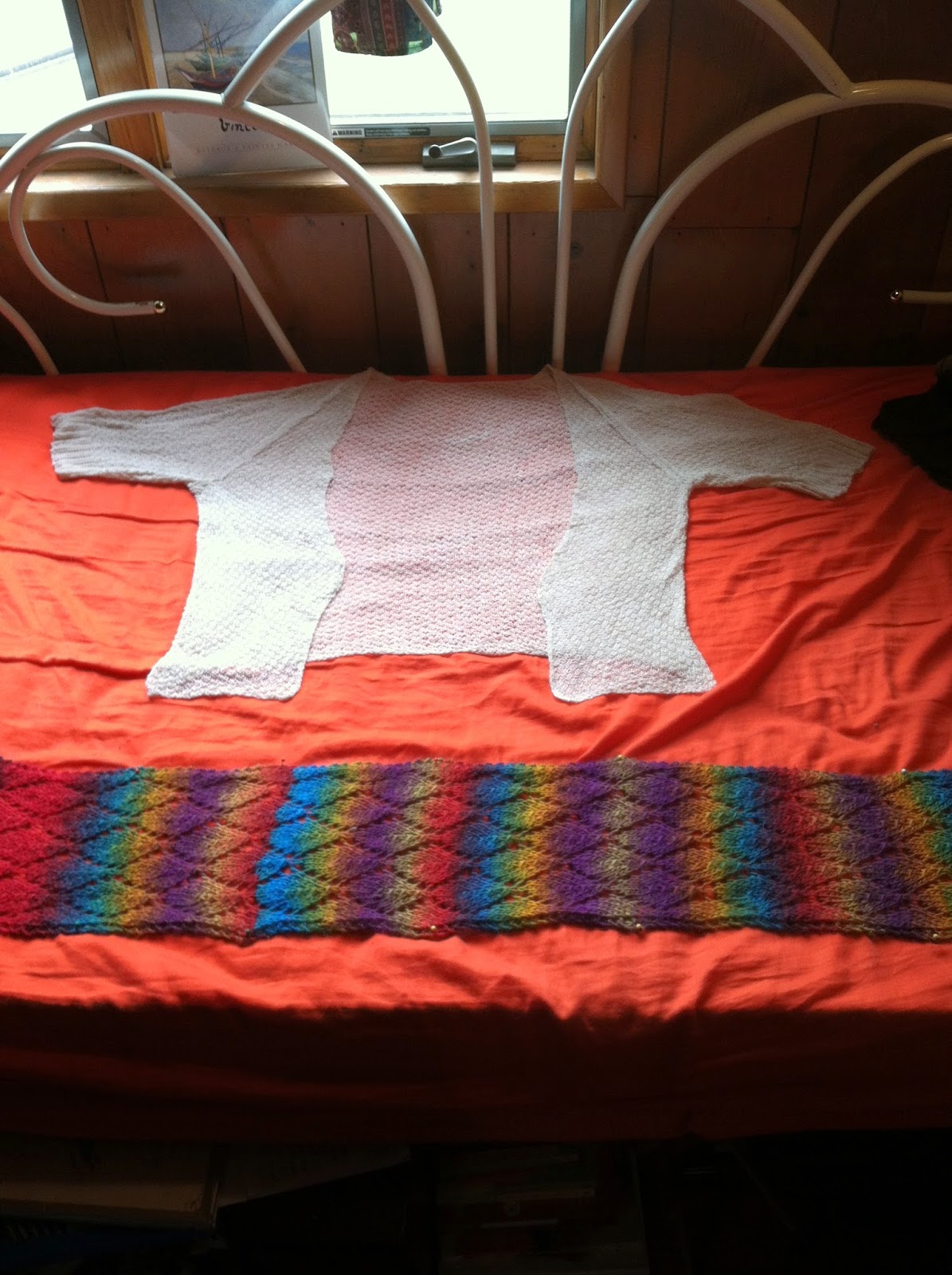 Speaking of most of Ella, I started picking up for the neckband today.  It's taking forever.  I'm only half done after a couple hours of that: 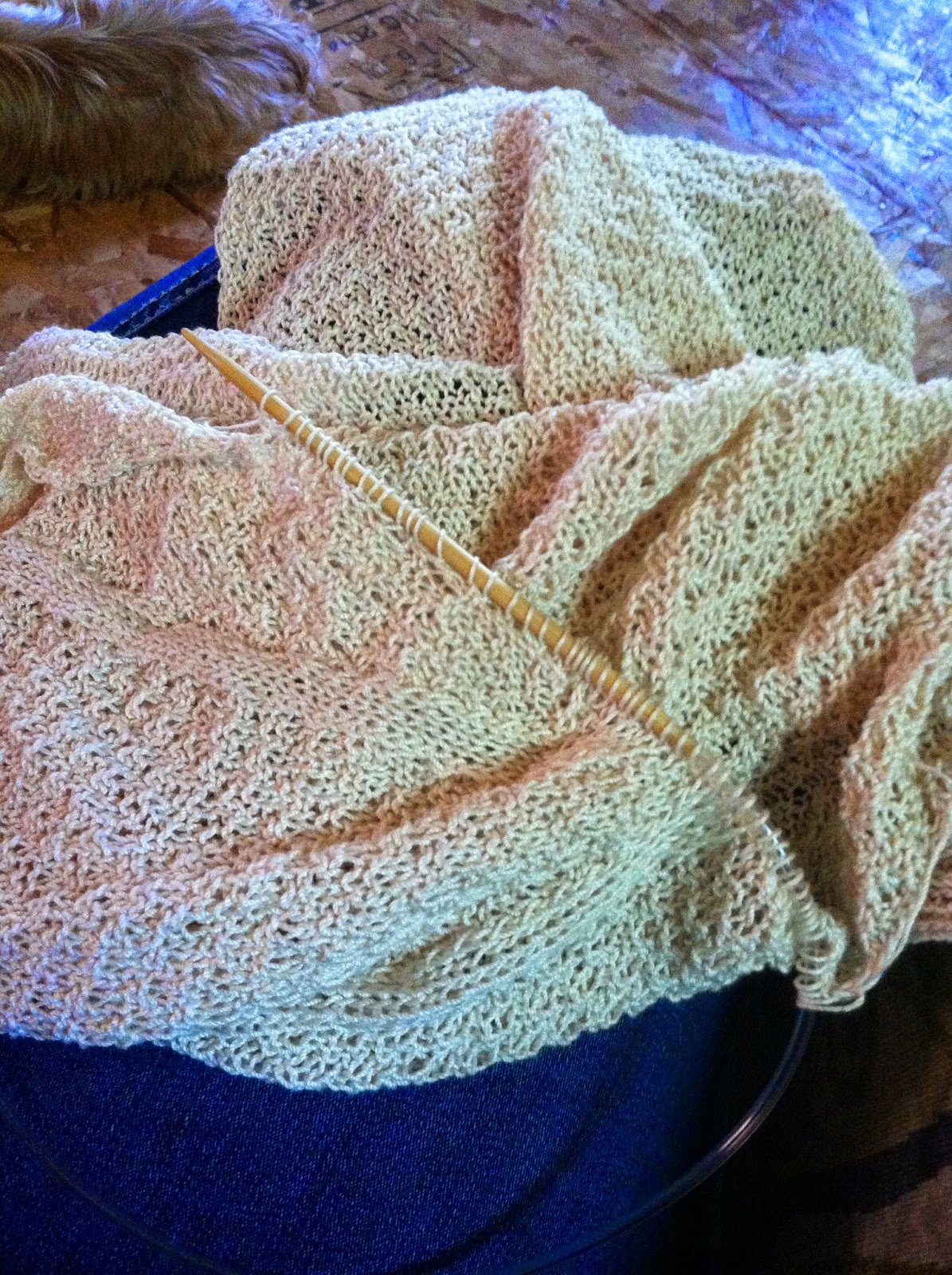 But more on both of those later.

I finally caked up my Pretty Princess yarn (Colinette Jitterbug, Peaches & Cream) and it is delightful.  I know I've talked about how much I love this yarn before, but it's just so squishy and beautiful and I wanna smoosh my face in it. 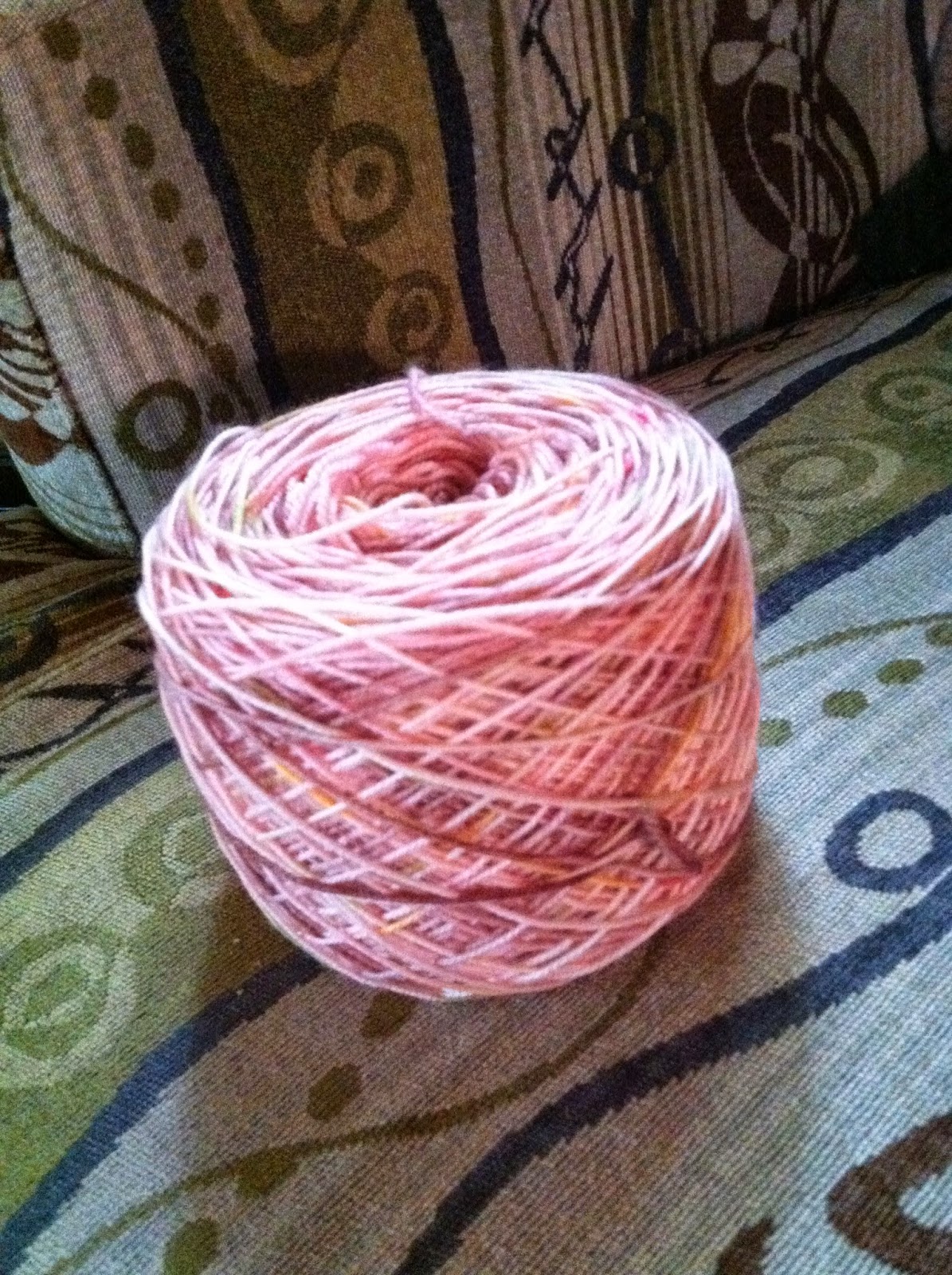 I spent half of yesterday swatching, starting, frogging, and restarting.  I thought I'd gotten the whole thing figured out before I cast on, but I just couldn't make my idea work.  So last night before bed I frogged the whole thing one last time and spent several quality hours with my stitch dictionaries. 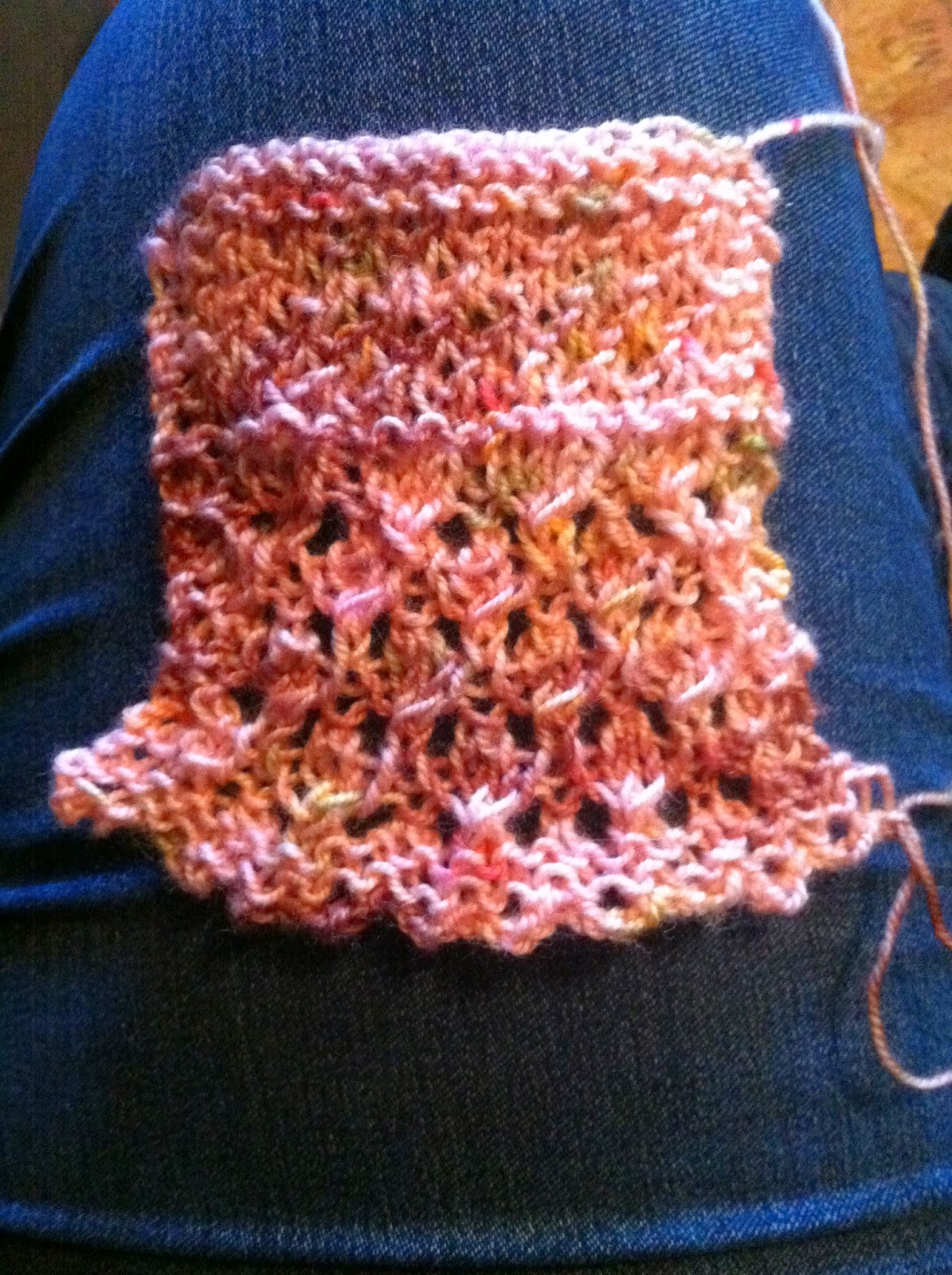 After six false starts, I finally have a viable swatch.  Hopefully this looks as good knit up as a shawl as it does in the swatch (part of why yesterday was so disappointing was because THE SWATCH LIED).  It's not what I initially planned, but it has the feel I was looking for, and I'm excited to get this knit up.
Posted by Kat Riddell at 6:24 PM