I have a ton of knitting to show you over the next few days, but for now I'm back in my own house and it's wonderful.  Except for the part where my comforter is missing (seriously, how the hell does someone lose a comforter?  Those things are huge!).  My mum thinks it's hilarious, I think it's disconcerting.  Hopefully it shows up (there's literally nowhere it could be. I think someone broke in and stole it.  It's a fantastic comforter).

Today though, I tossed my stash.  As I alluded to before, it was getting rather unwieldy: 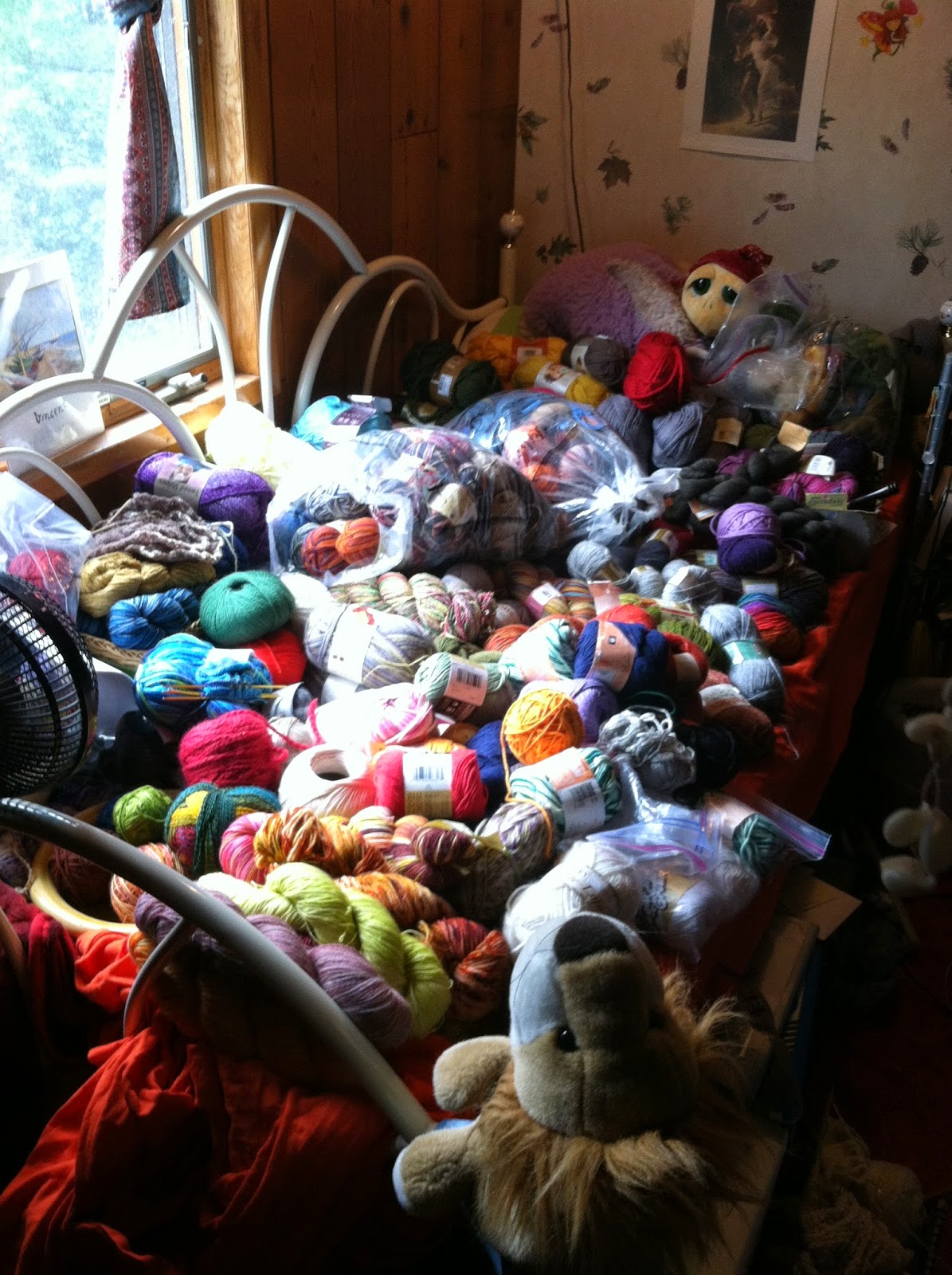 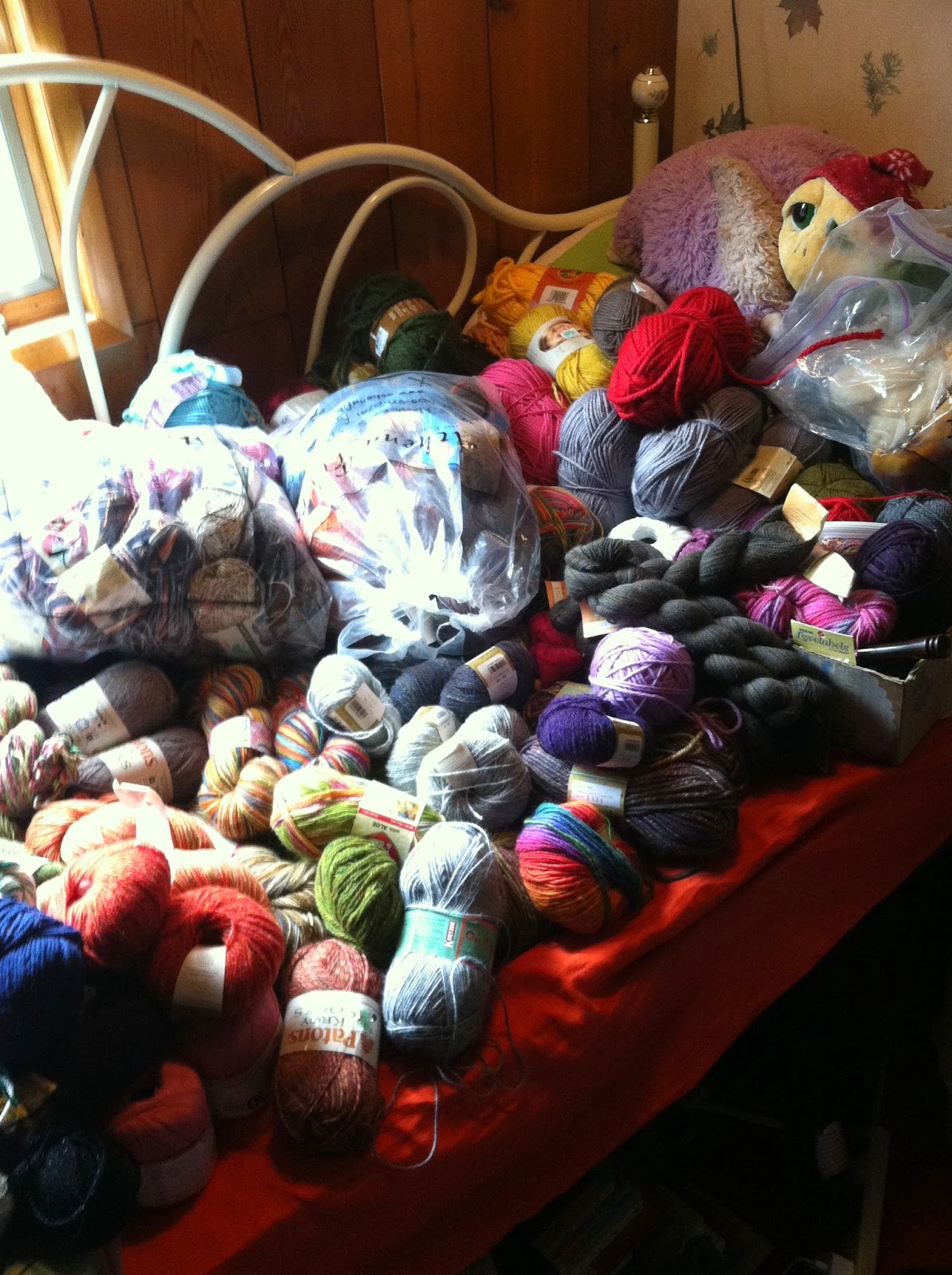 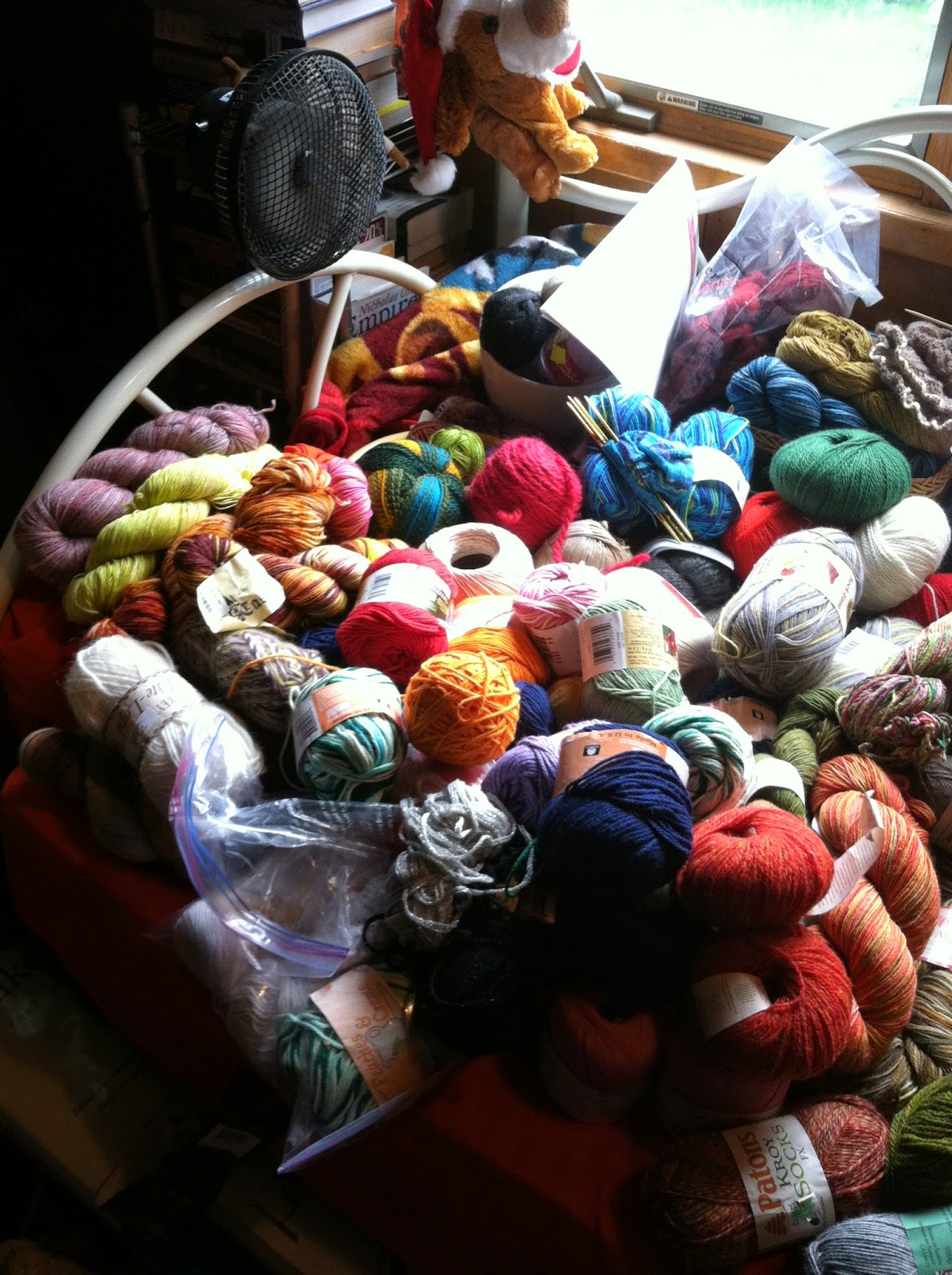 Yeah, it was getting out of hand.  I'm pretty sure that's not even all of it, too (if it is, I somehow lost several hundred yards of purple laceweight alpaca, and that would piss me off).  Fortunately, still no signs of moths or carpet beetles or other nasties.

It's organized now, as best it can be.  Some of it is going to new homes.  Most importantly, the stash (mostly) fits within its confines, and I'm only keeping things I love and will use.
Posted by Kat Riddell at 6:58 PM