There's no good way to say this.

Last night, my female Betta, Ada Lovelace, died after jumping out of her bowl. This was even more sudden and unexpected than Sebastian's death, as she was very young for a Betta, and she'd never been a jumper (Sebastian was. I spent a great deal of time worrying about whether his water level was low enough to prevent an accidental death).

I adopted Ada Lovelace out of my sister's Biology department, and she was my only female Betta.  She was beautiful, gorgeous even, for a female, and I was very fond of her.

As you might have guessed, this has been a difficult week in regard to my fish.  I appreciate everyone's kind words so far, and I promise I have actual crafty stuff for you soon. 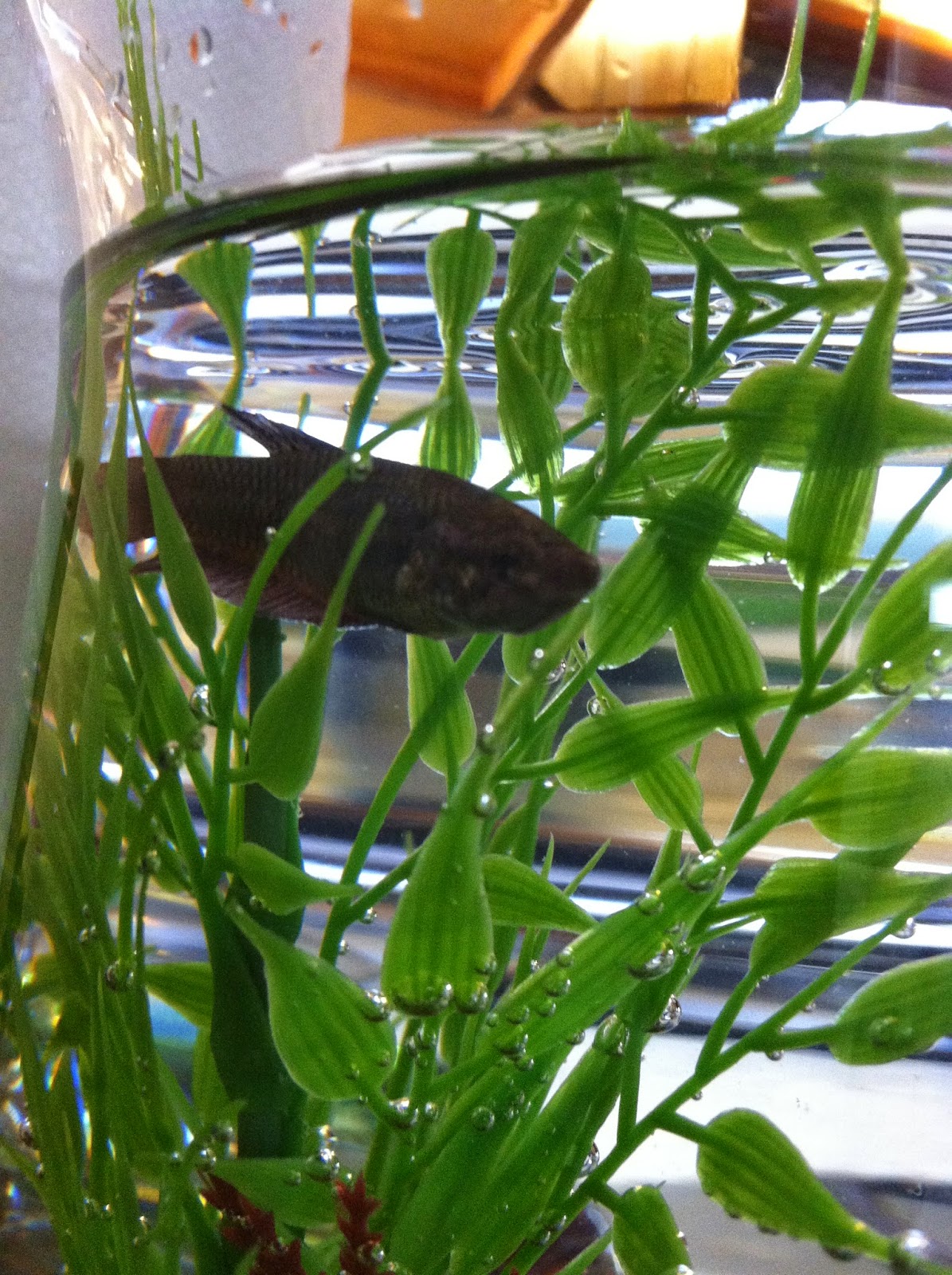 Email ThisBlogThis!Share to TwitterShare to FacebookShare to Pinterest
Labels: fish