As promised, here is the story behind my first pattern.  I knit my first pair of these in March of 2012 for Anemone's birthday.  I knew I wanted to make her a pair of arm warmers, and I knew that I wanted them to go over her elbows, and I knew that I wanted them to be done in fingering-weight yarn.  I checked around on Ravelry, but at the time the only patterns were for shorter wrist warmers or for worsted-weight elbow-length arm warmers.  So I decided to design a pair. 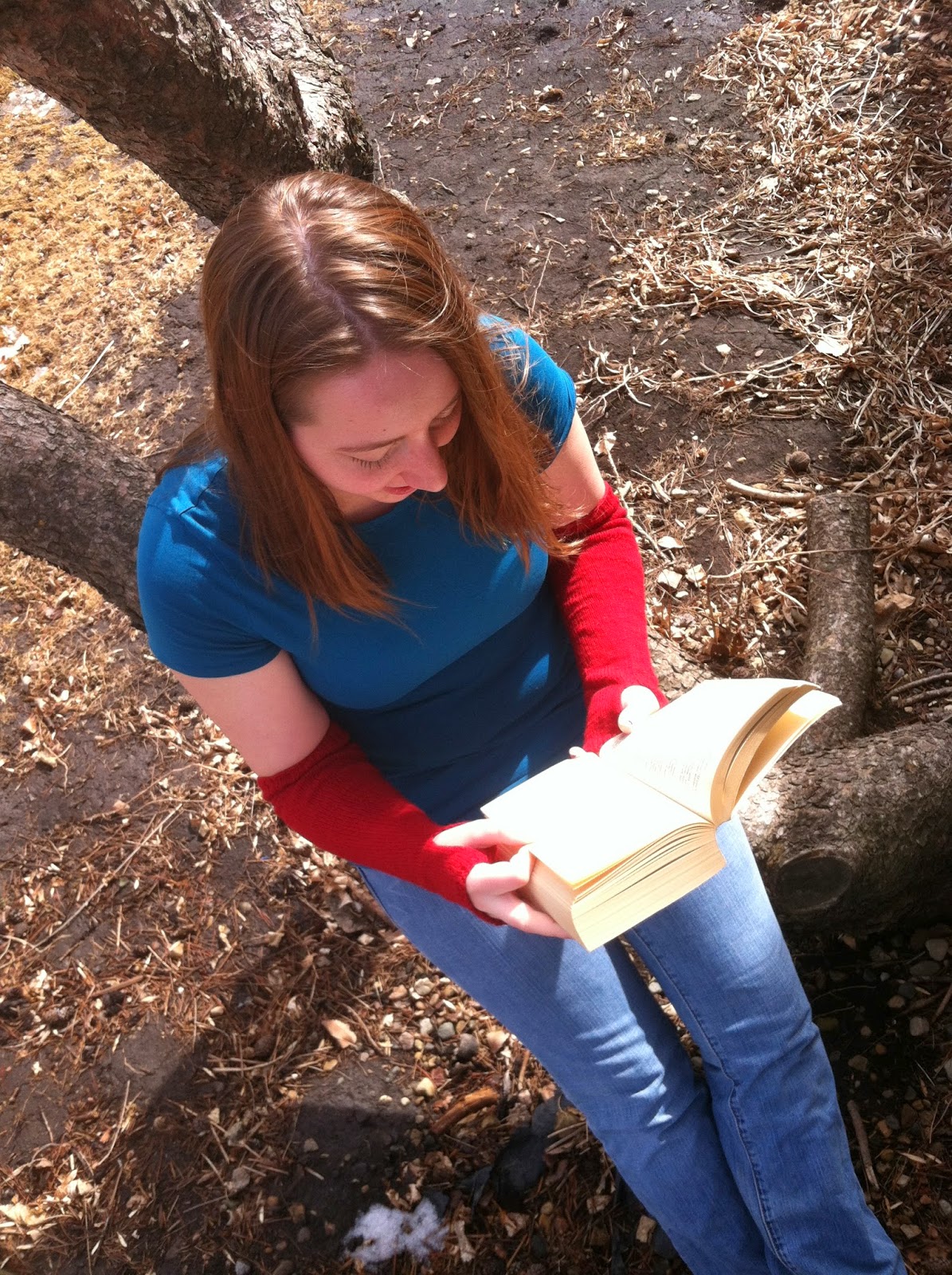 I had the intention of making this pattern available, so I kept pretty good notes as I went along.  I knew I wanted the arm warmers to fit the natural curve of the arm, so doing regularly placed increases wouldn't work.  I think that spacing the increases out a bit more at the beginning, then increasing when you hit the major arm muscles worked out well.

I started my own pair of the arm warmers when I was still working on Anemone's.  This pair ended up languishing for a while, moving back home with me after college, and finally sitting forgotten on a bookshelf for several months.  In the meantime, I knit my friend a pair that April as part of a mini-swap we did. 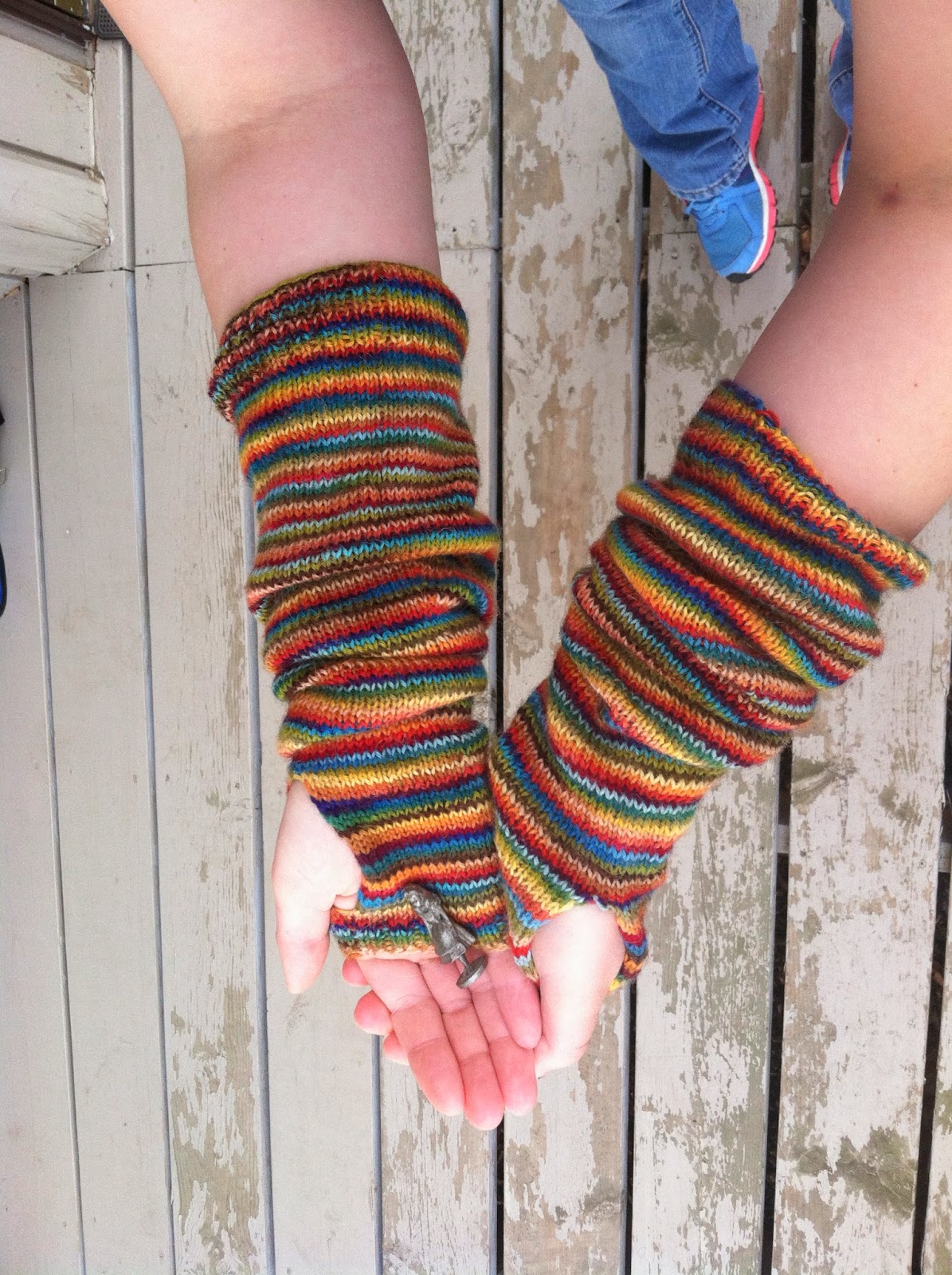 And then I forgot about them.  Well, I didn't so much as forget as I just never got around to it.  And for a long time I was unsure if I wanted to pursue designing.  Over the past couple months I've been working a lot on different ideas, and I decided that designing was a passion for me, and it is something that I want to do more of.  Making this pattern public was sort of my way of making all this real for me.

As promised, this is one of my favorite shots from our photo shoot last weekend.  I wish I had been able to use this photo in the actual pattern, but the lighting was terrible, and I don't have the capabilities to improve it beyond the magic of Instagram filters. 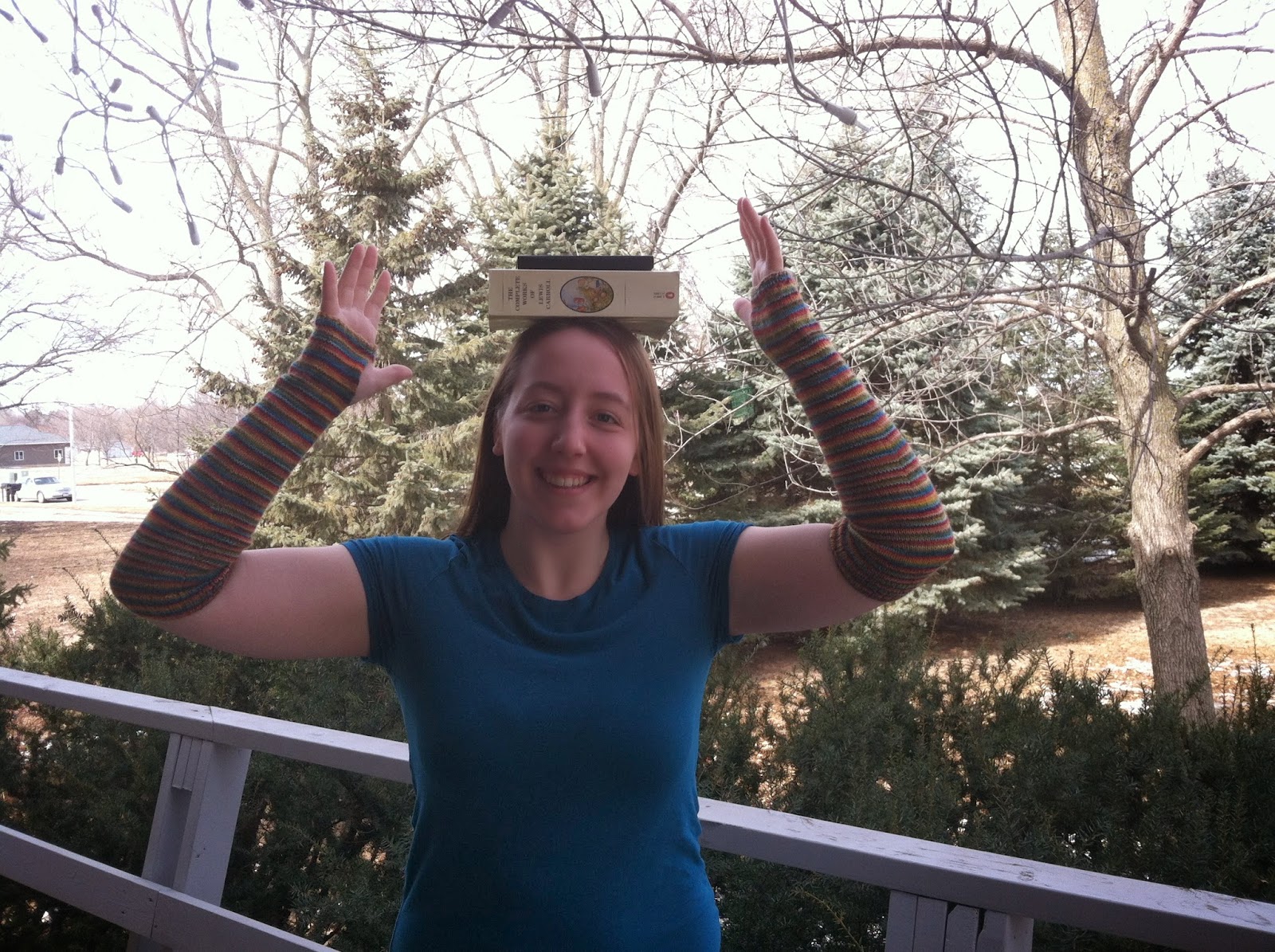