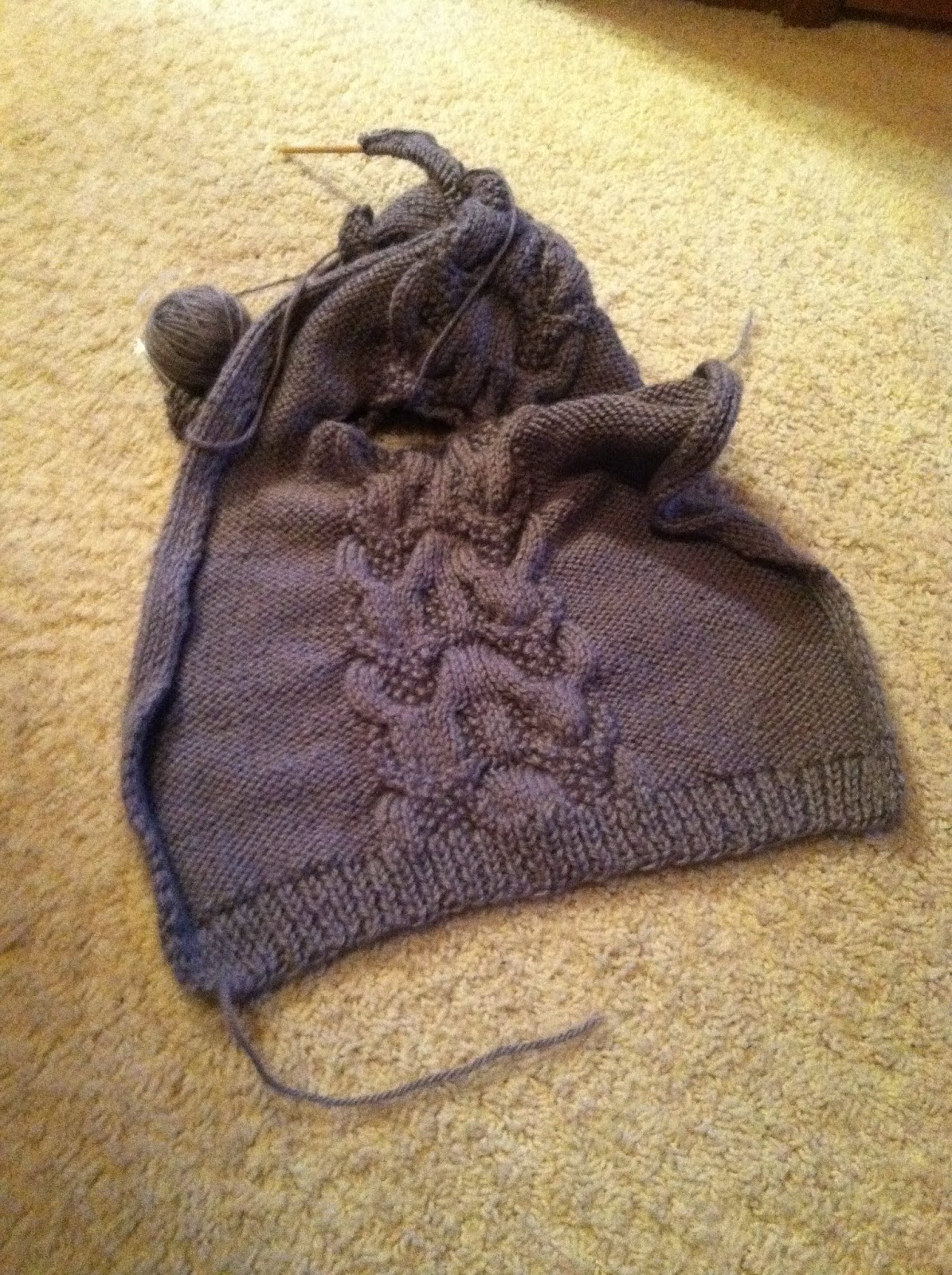 I feel kind of bad frogging this guy.  He's from the book Warm Knits, Cool Gifts and I started him the Fall of my last year at college.  He's not a hard knit, and he's really pretty charming, but I made several poor decisions when I started him.

First is the yarn.  I like this yarn all right, it's Stitch Nation Bamboo Ewe and I got it on clearance for $2.99 a skein.  Which means I bought everything left. Which means I have a bunch of this yarn, and I just needed to find projects to use it for.  So I used this yarn out of obligation (minus one point).  It's also not a good color for me.  It's very flat.  Usually in garments I prefer more depth, either some heathering or variegation in the color.  This yarn has neither, and the color itself is too sharp on me (minus two points).

It's been so long since I've cast this on that I don't love knitting it anymore.  I'm a firm believer that you should love and enjoy what you knit (unless you're knitting it for someone you love, in which case the recipient should love what you're knitting, and you should suck it up until it's done).  Not only am I not enjoying this knit, but I know I won't wear it enough to make the knitting worthwhile.  I love the idea of the garment, and I think the shape would work well in my wardrobe, so I'm hoping that someday I'll knit something similar to this in a better choice of yarn.  I feel bad ripping this out after having it on the needles for so long, but ultimately I know it's the right choice. 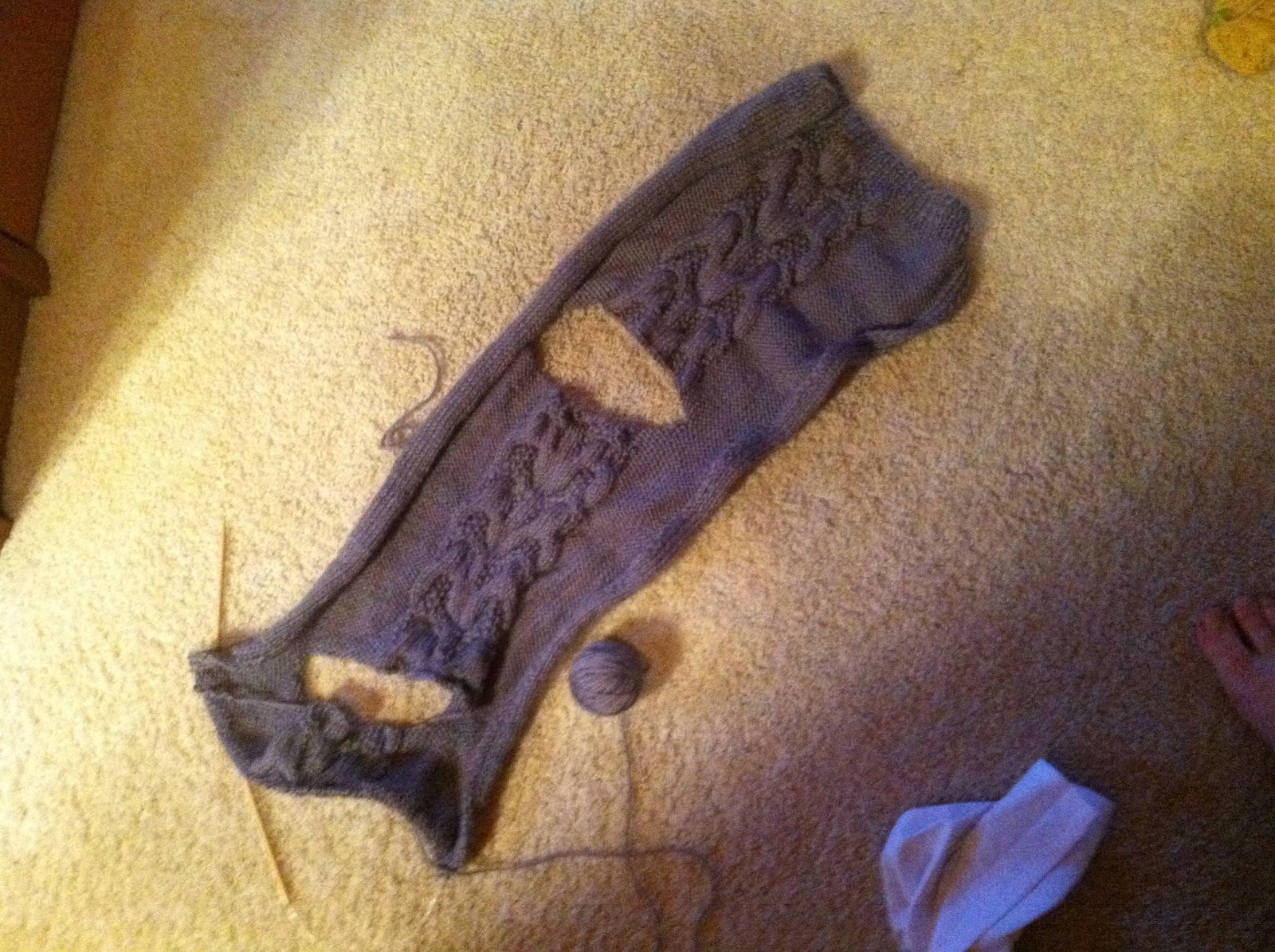