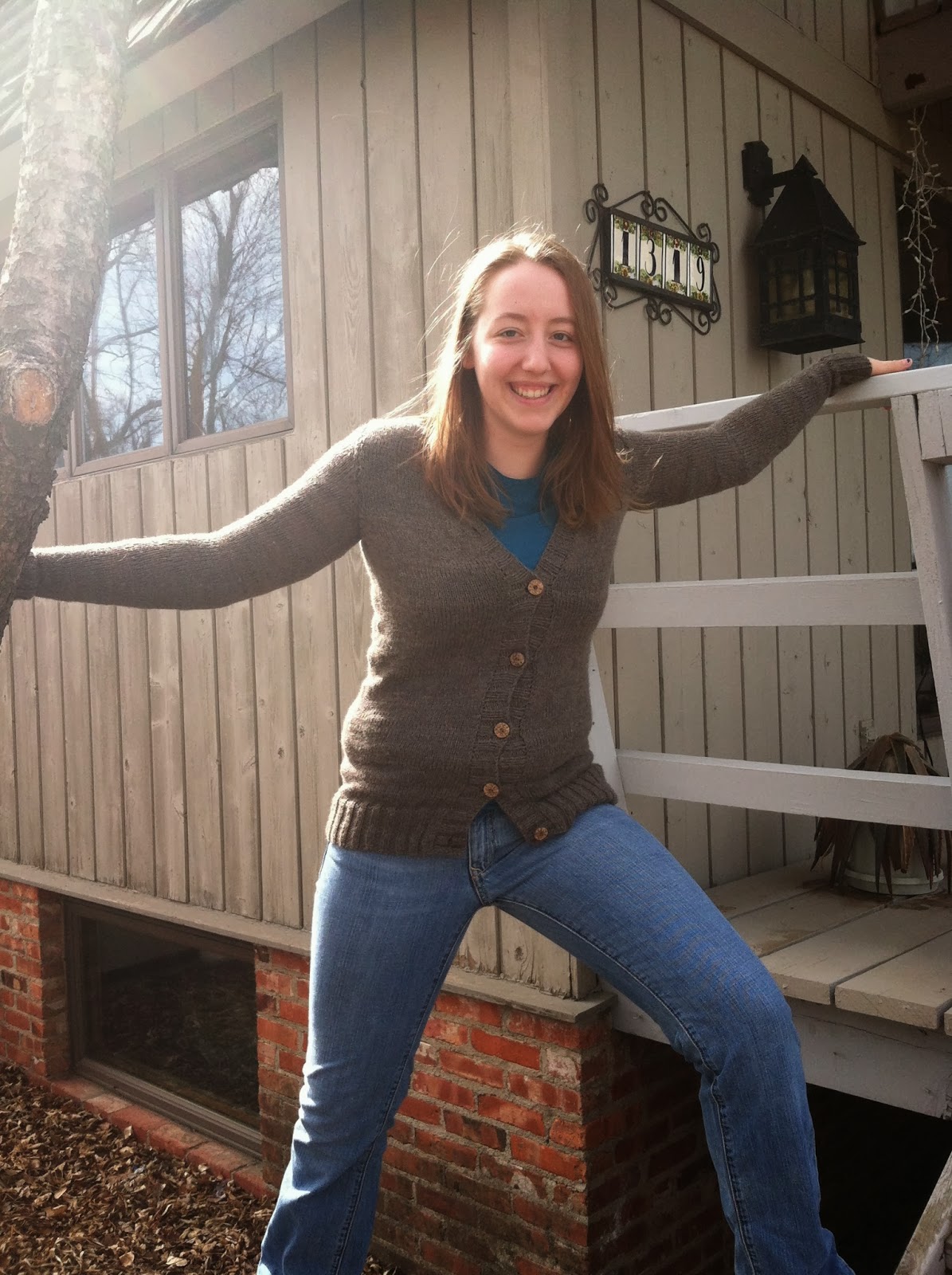 My sister is pretty awesome.  She's smart as a whip and wildly entertaining.  (She also happens to like almost all of my Instagram photos, including the really silly ones.  That counts for a lot in my book.) 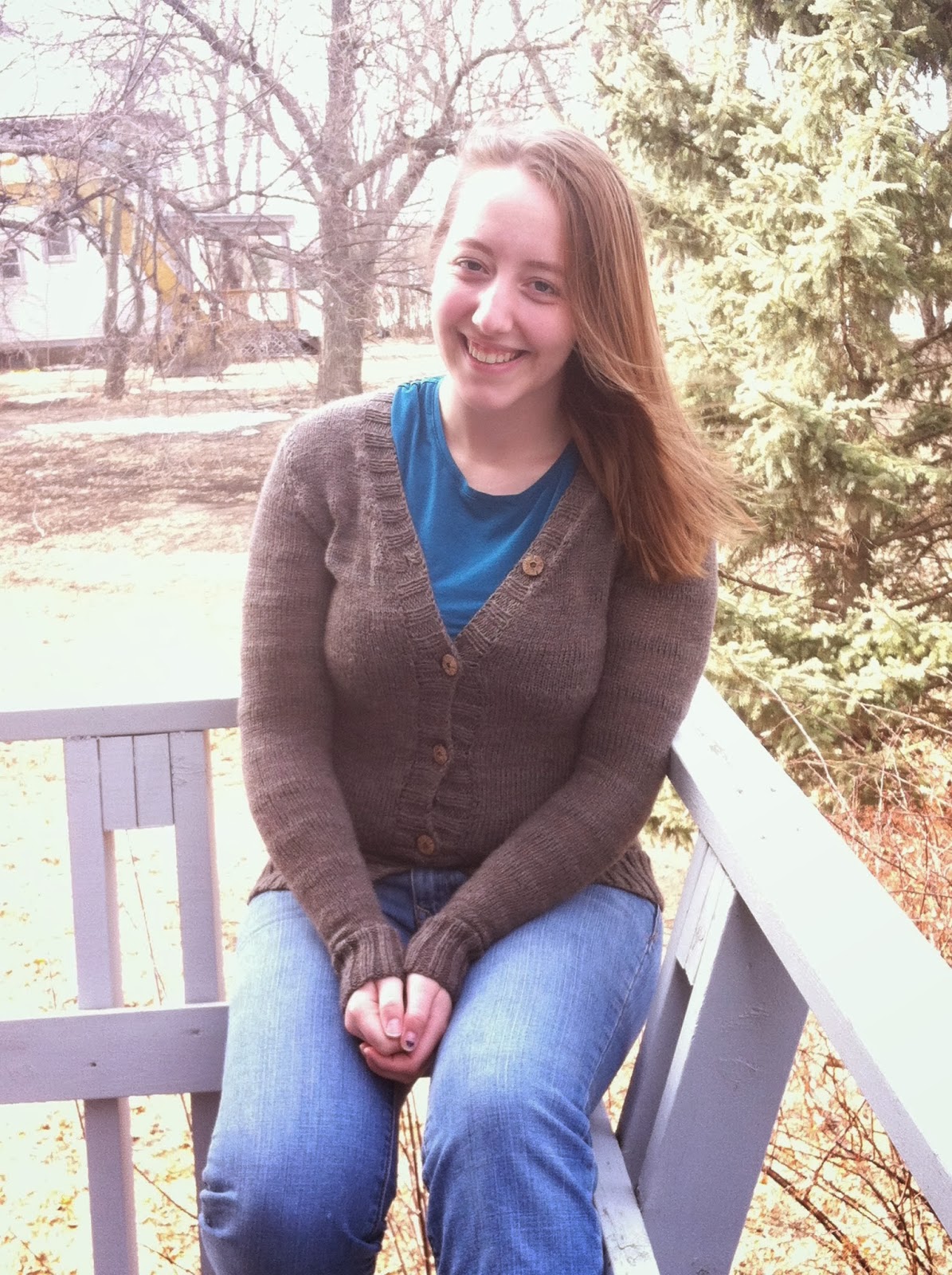 Anyway, she's pretty cool, and she loves knitted stuff almost as much as I love knitting stuff.  This year, her stuff was an Amy Christoffers cardigan.  Division, to be exact.  I love this pattern so much; I have a yellow Division that I made for myself my final semester in college that I wear almost constantly. 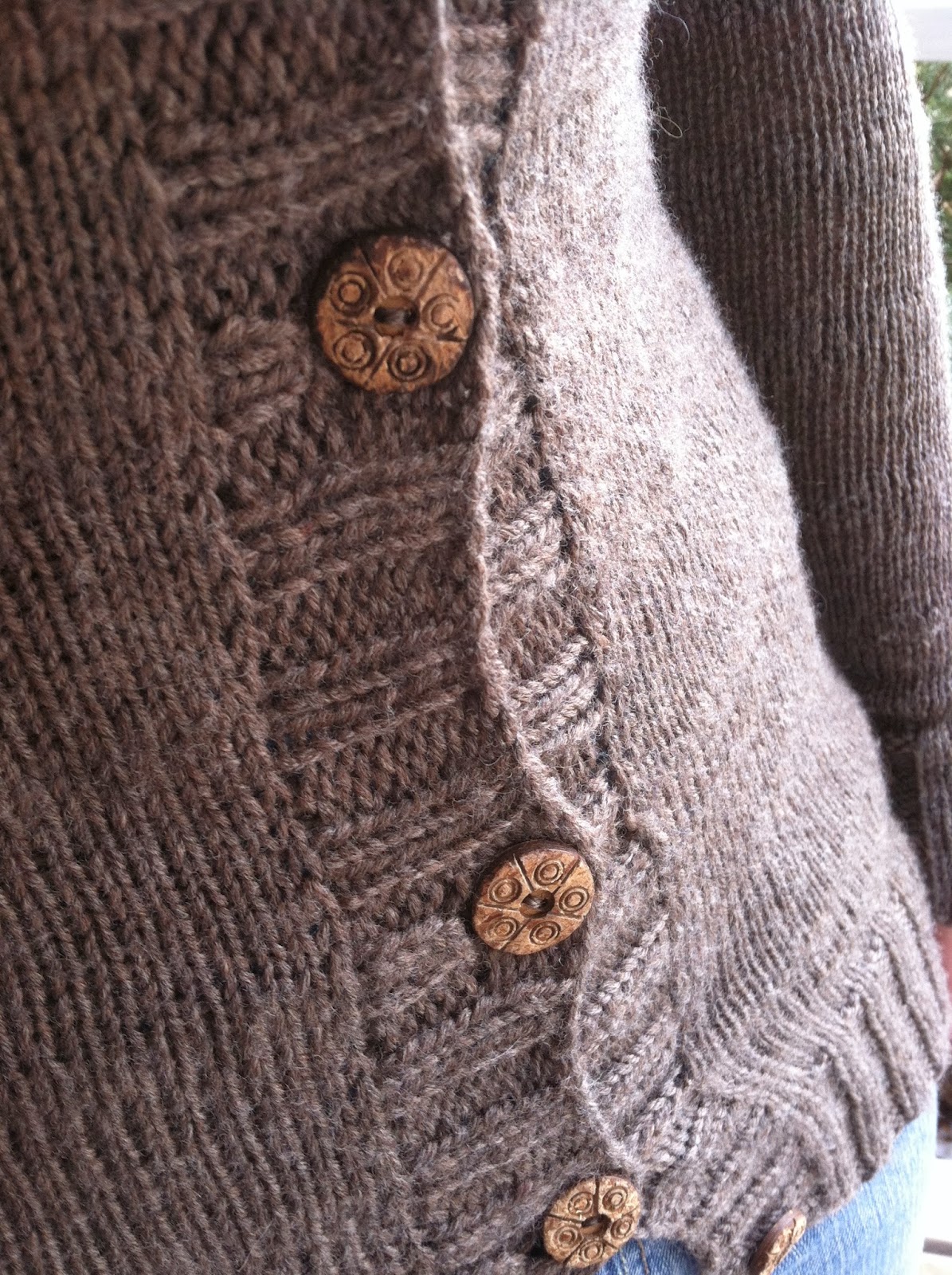 I adore these buttons.  They're JHB Coco Primitive, and I almost didn't want to give them away.  Anemone thinks they're pretty snazzy too. 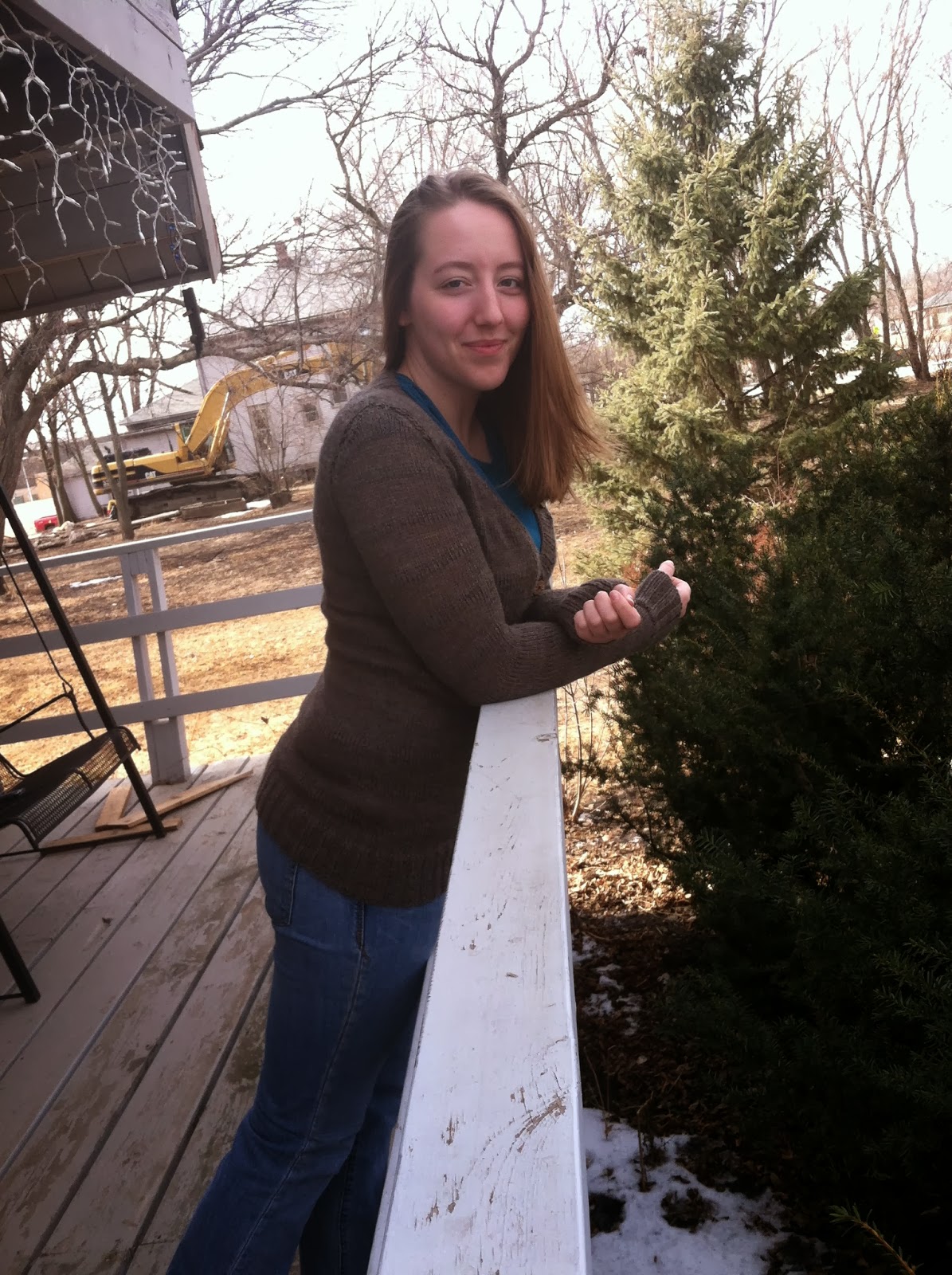 Happy Birthday to one of the best people I know, and the best sister I could ever ask for.