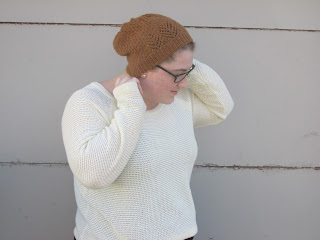 Guys, I know I say this every time I knit one of Cory's patterns, but seriously, I really freaking love knitting Cory's patterns. I really admire her work, and she is such a great pattern writer-every one of her patterns is just a joy to follow.

Okay, now that the gushing's out of the way, check out my hat! I fell hard for this hat as soon as it was released, and my main hangup in terms of actually knitting it was finding yarn for it. I wanted something nice, and I actually bought a skein that I earmarked for this hat before I got home and realized it was the wrong weight (don't worry, it turned into Cabot). 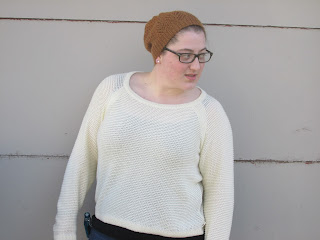 I got this skein in my reward box for the Great Northern Knits Kickstarter last year, and it's pretty much just been sitting around since then waiting for me to find half a second to cast on. This was such an enjoyable project to work on, and now I have a cozy new hat, just in time for spring! 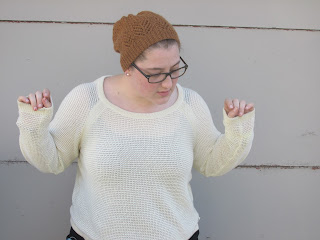 
Linking up with KCCO
Posted by Kat Riddell at 8:04 AM