This one's kind of embarrassing.  I got really obsessed with the Eleventh Hour Blanket a couple of Xmases ago, and wanted to make a whole bunch for everyone.  I got so burned out by this one that I decided it would never be finished and I shoved it in the back of my closet and tried to forget about it. 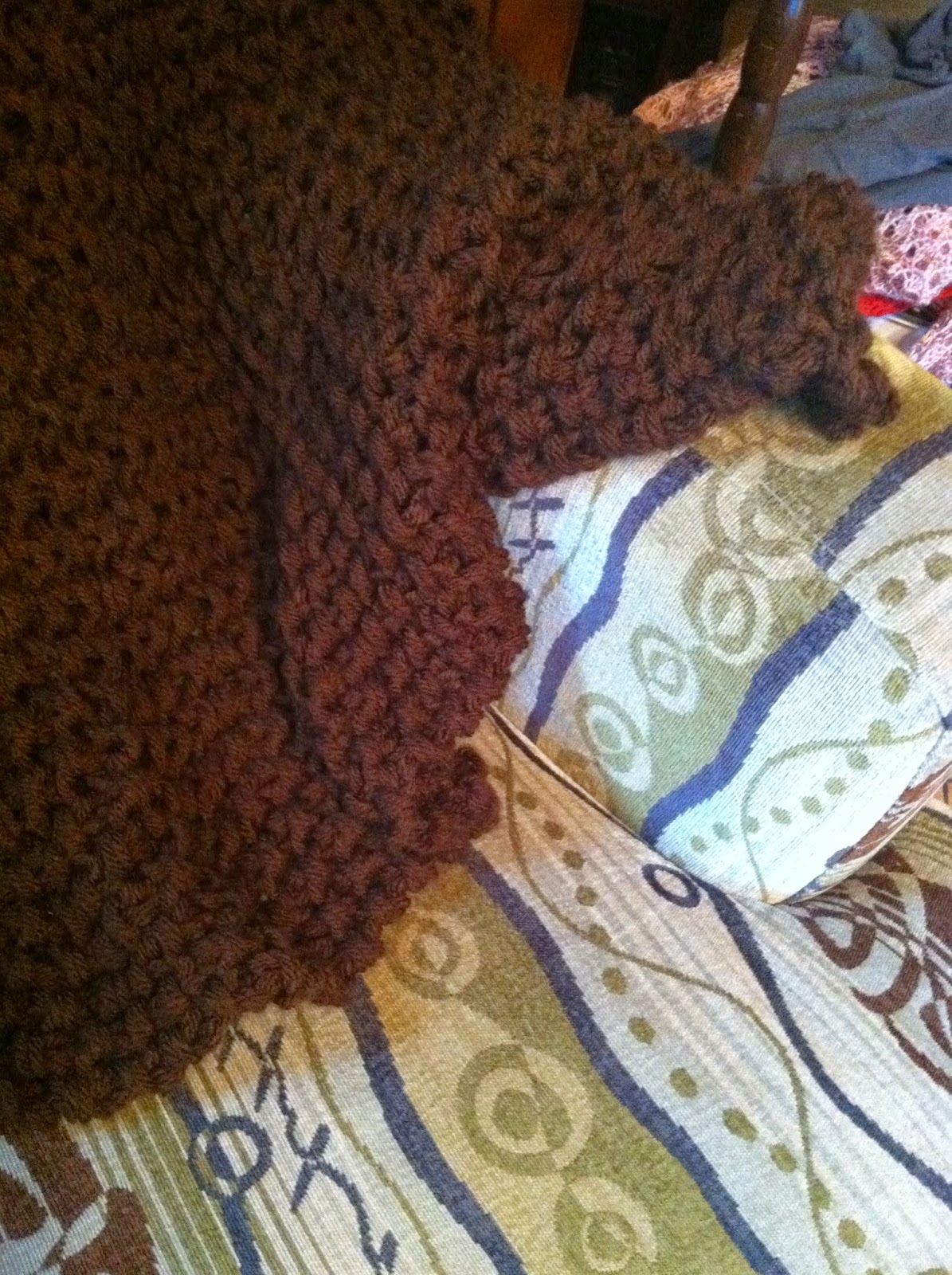 Fast forward to the Great Comforter Search of 2014 and I found this again, and I realized that it was much farther along than I remembered.  I figured I had about an hour left to go on it, and that it was unreasonable to keep it around as a WIP.
Guys, it only needed FOUR ROWS.  Once I actually sat down to knit, I was done in less than 20 minutes, including bind off and weaving in ends.  Like I said, embarrassing.  But I hardly remember knitting the rest of it, it was so long ago, so it's like I just knit AN ENTIRE BLANKET in 20 MINUTES. 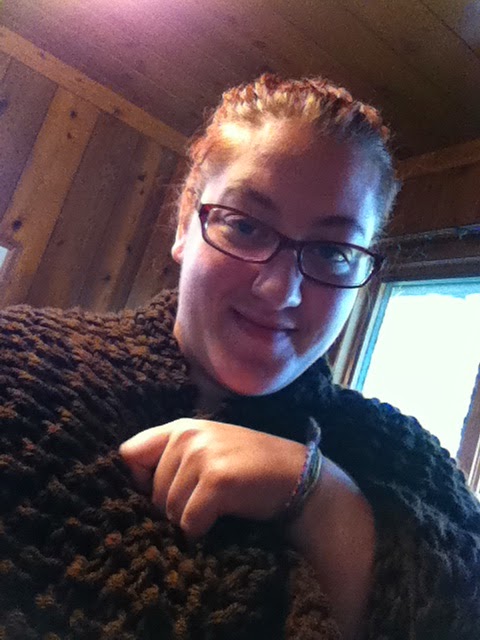 Ravelry Page: Eleven-Hour II
Pattern: Eleventh Hour Blanket
Yarn: Knit Picks Brava Bulky
Mods: I left off the i-cord border.  I didn't want to do something that fiddly, I lost or already used the yarn I'd gotten for a border, and since it's just for me, I don't feel bad leaving it off.
Posted by Kat Riddell at 3:56 PM