Well, I didn't get everything done this weekend that I wanted to, but I got a lot done, and there's still half a day left. I'm sitting here with my cup of coffee trying to decide exactly what I want to get done today. I did a lot of layout work on Saturday, and I'm working on a logo(!!), but it's not quite ready yet. I have a pattern ready to go out but for want of a photoshoot, so hopefully we'll get some good light later this afternoon. 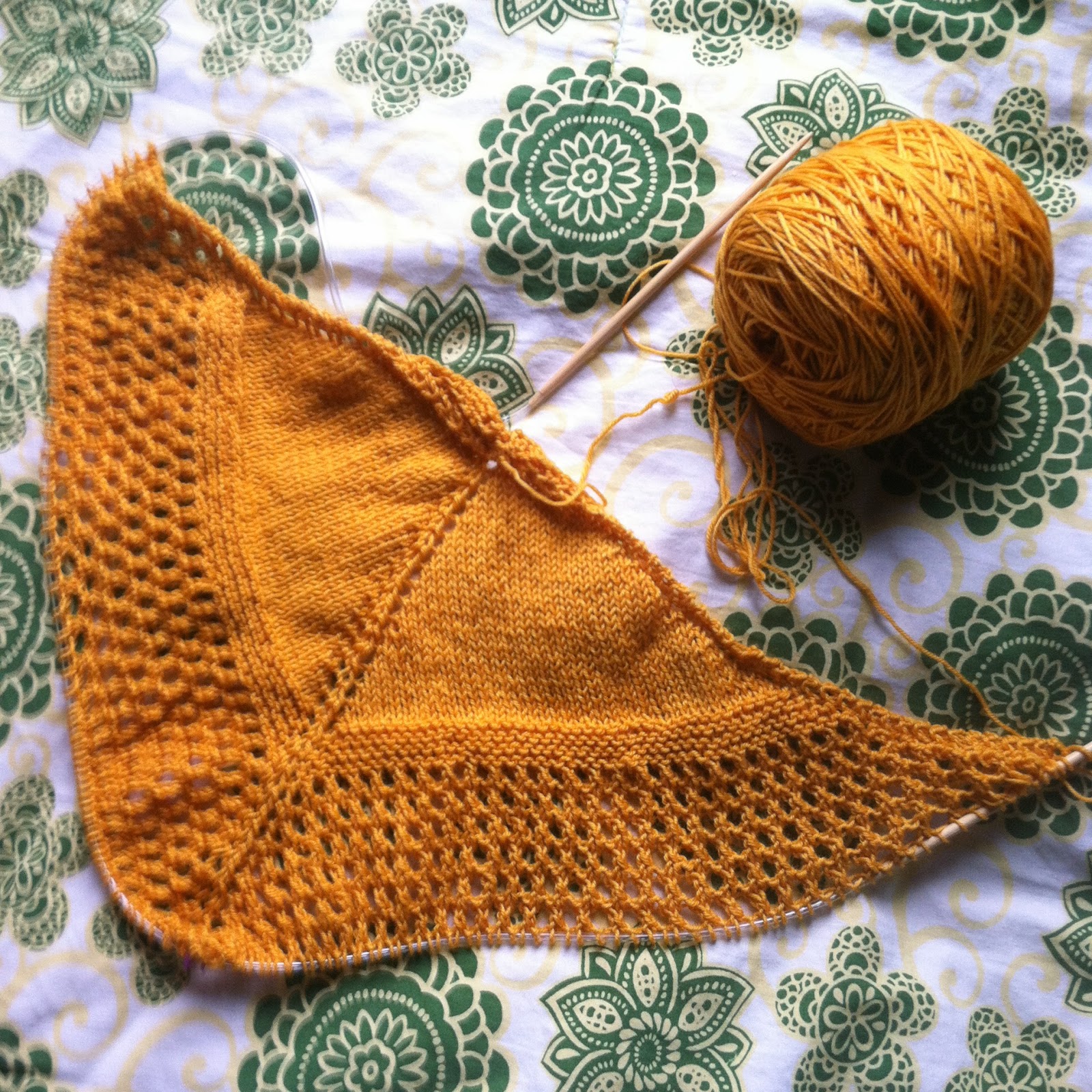 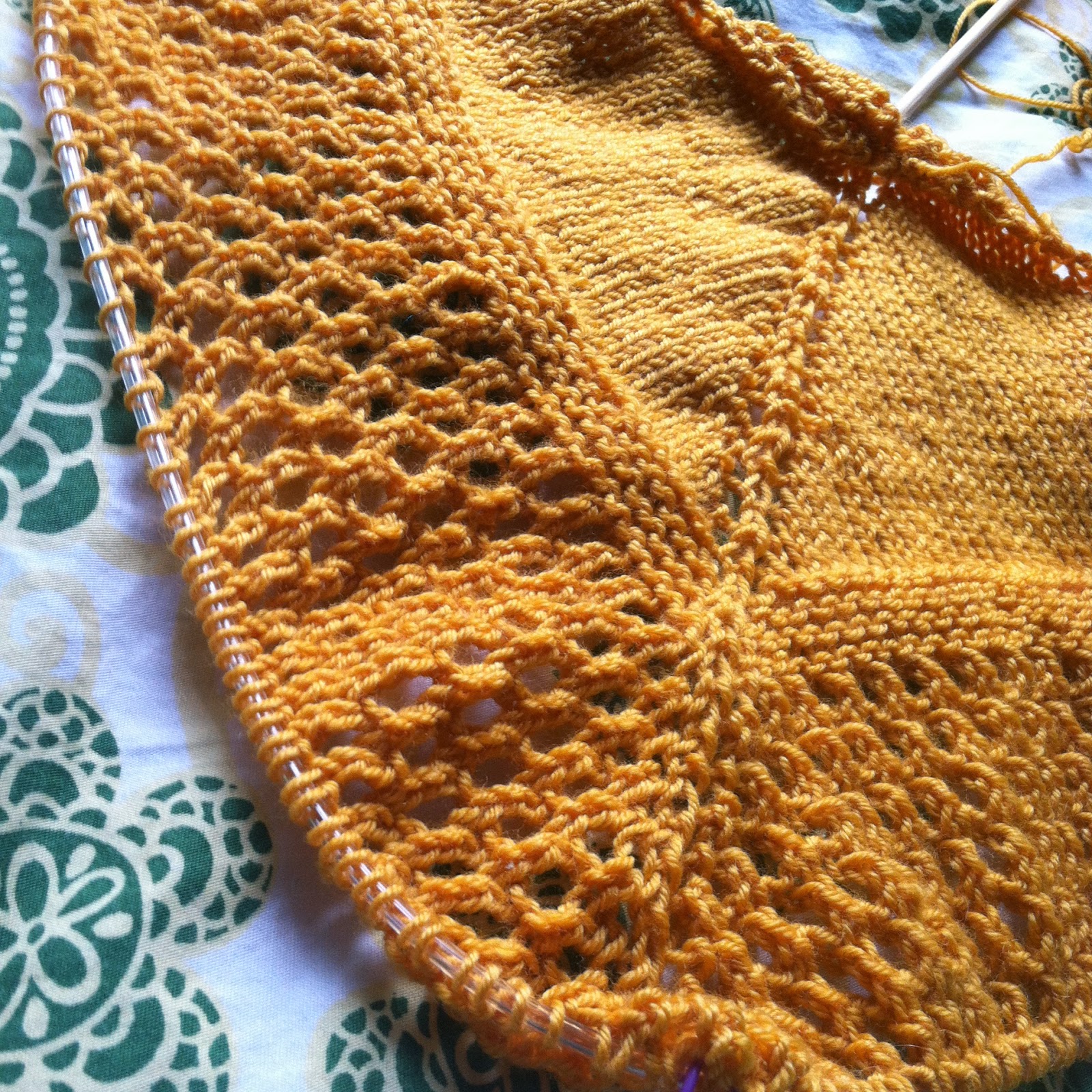 The yellow and green shawls are progressing nicely. Green is going exactly as planned so far, which is a relief. Yellow is just as much fun as I planned, but right now it's making me pause and think a little bit (by "think a little bit," I mean "double check my math and decide if I want to trust it"). But I'm loving them both, and I can't wait for them to get sent off into the world. As far as non-design work knitting goes, Top Sekrit is still half done and the vintage medallion shawl is exactly as it was a few weeks ago. I did finish a pair of fingerless gloves that need blocking and photos, and I've gotten some work done on a Shrowl I'm making for Anemone (no, it's not Top Sekrit). 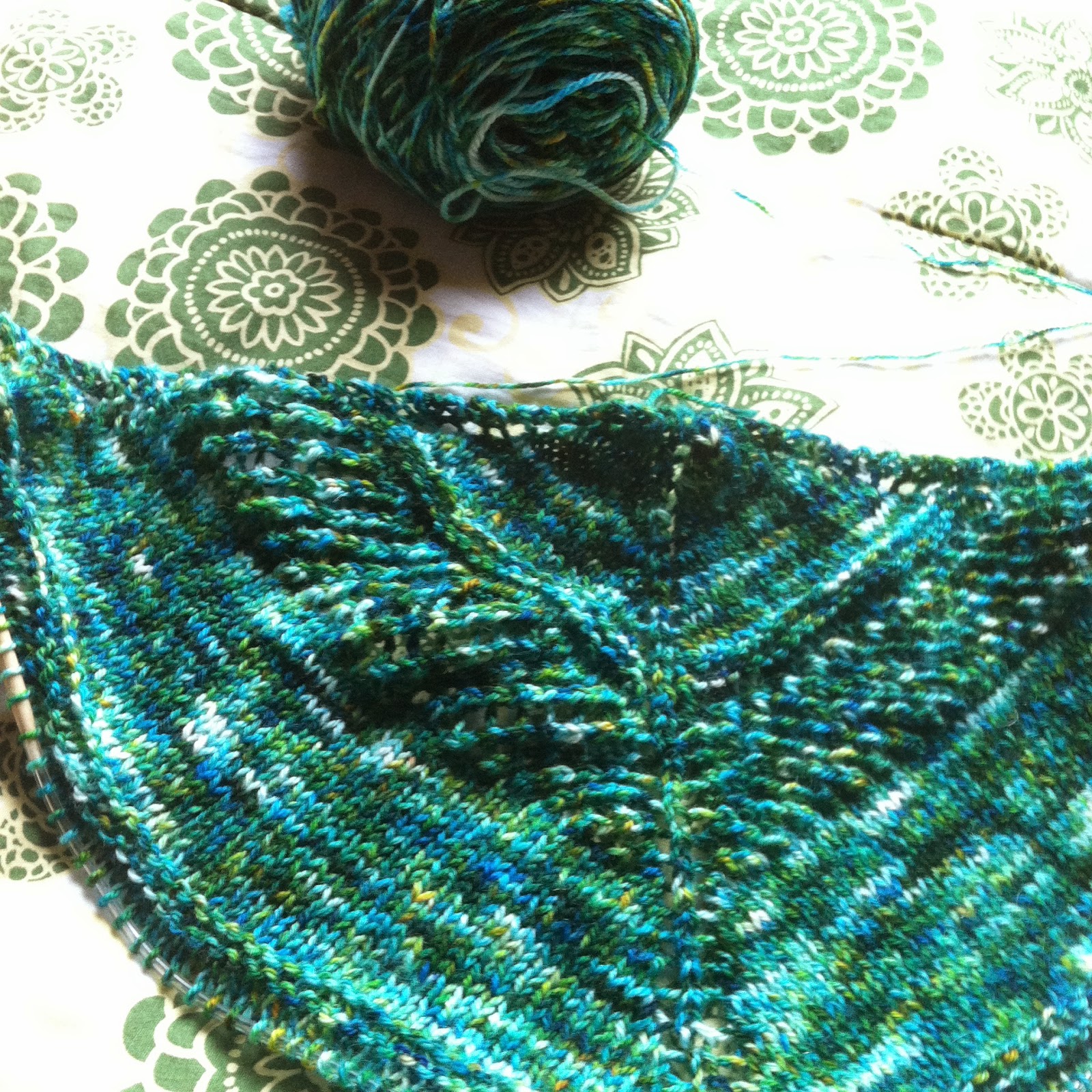 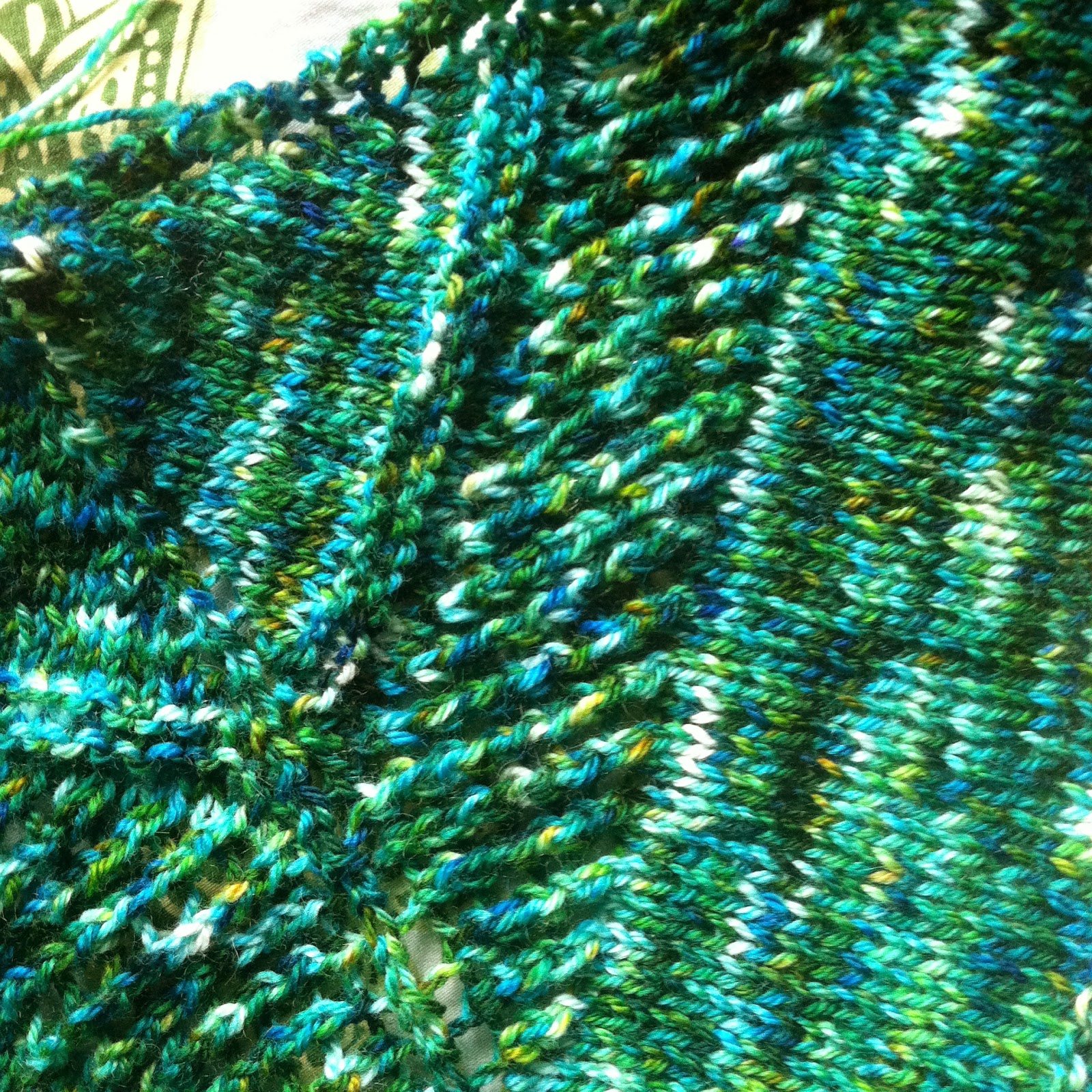 In non-knitting news, I finished reading Jane and the Damned this weekend, which was a romp and a half. Seriously, it's a lot of fun, and very well-written for a book that doesn't ever take itself seriously. I'm planning on tracking down the sequel through inter-library loan-not because there are any loose ends that need tying up, but because I want to spend more time in that universe. I also finished re-reading The Hobbit, which I'd intended to do before the final movie came out, but didn't get around to. Still just as good as it was the first time I read it, and now I think I want to re-read my way through all of Middle Earth.
Posted by Kat Riddell at 11:22 AM