As promised, the rest of my weekend. 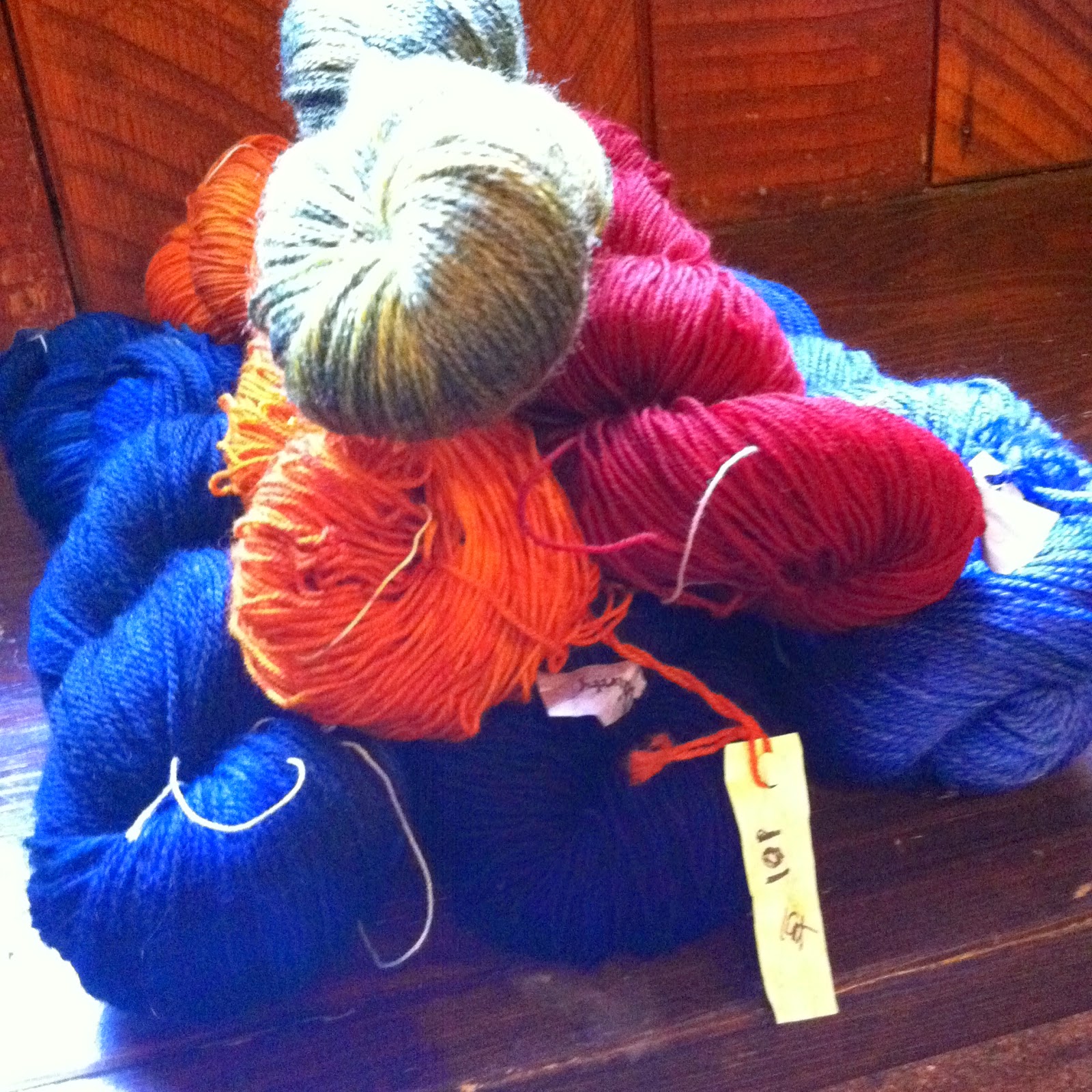 The first dyeing workshop was on Friday, and we just played around with liquid and sprinkle dyes. I did three skeins, each one with a base of one liquid dye and layered with three different sprinkle dyes. The first skein is a 50/50 blend of superwash merino and tencel: 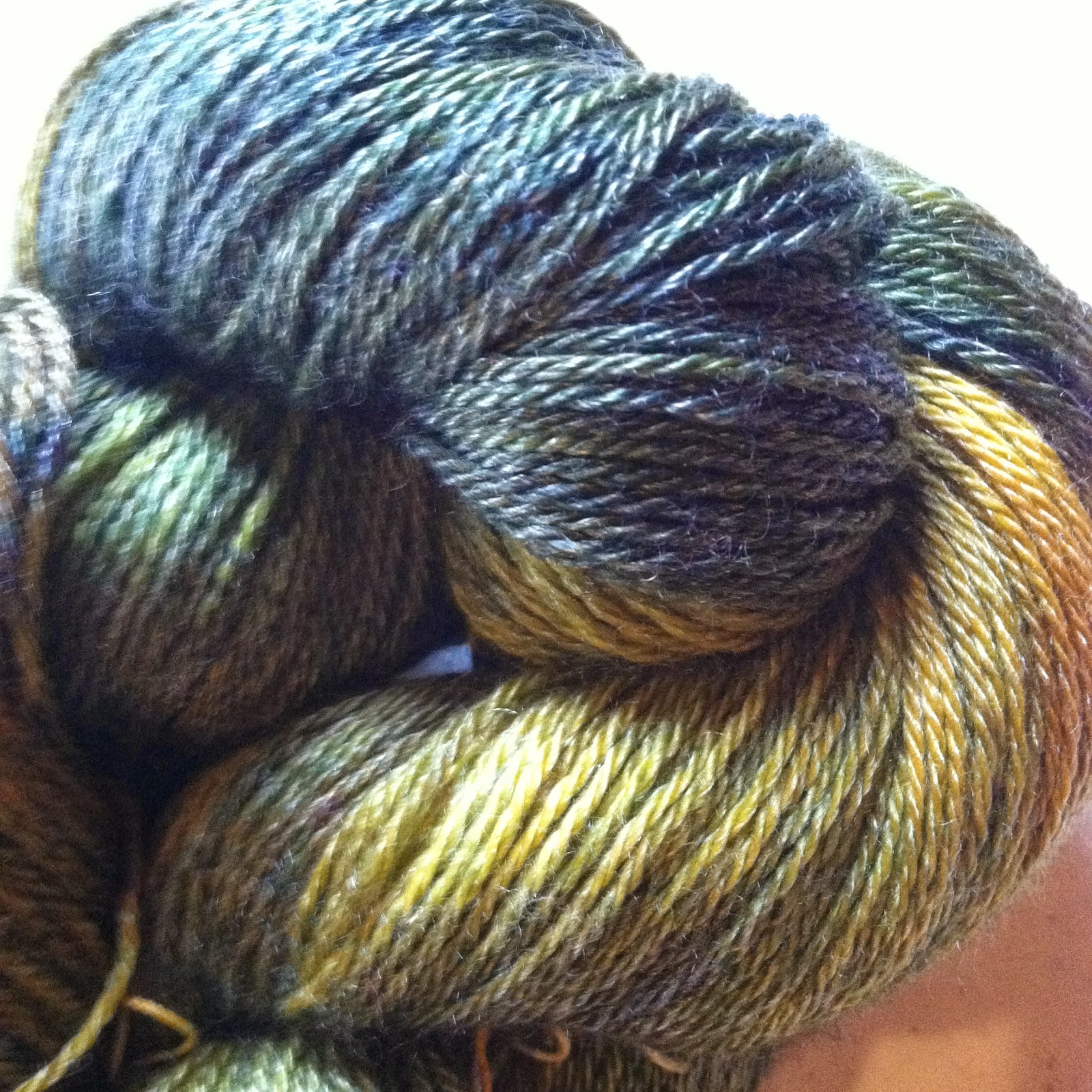 The next one is 100% corriedale, which is one of my favorite wools to play with: 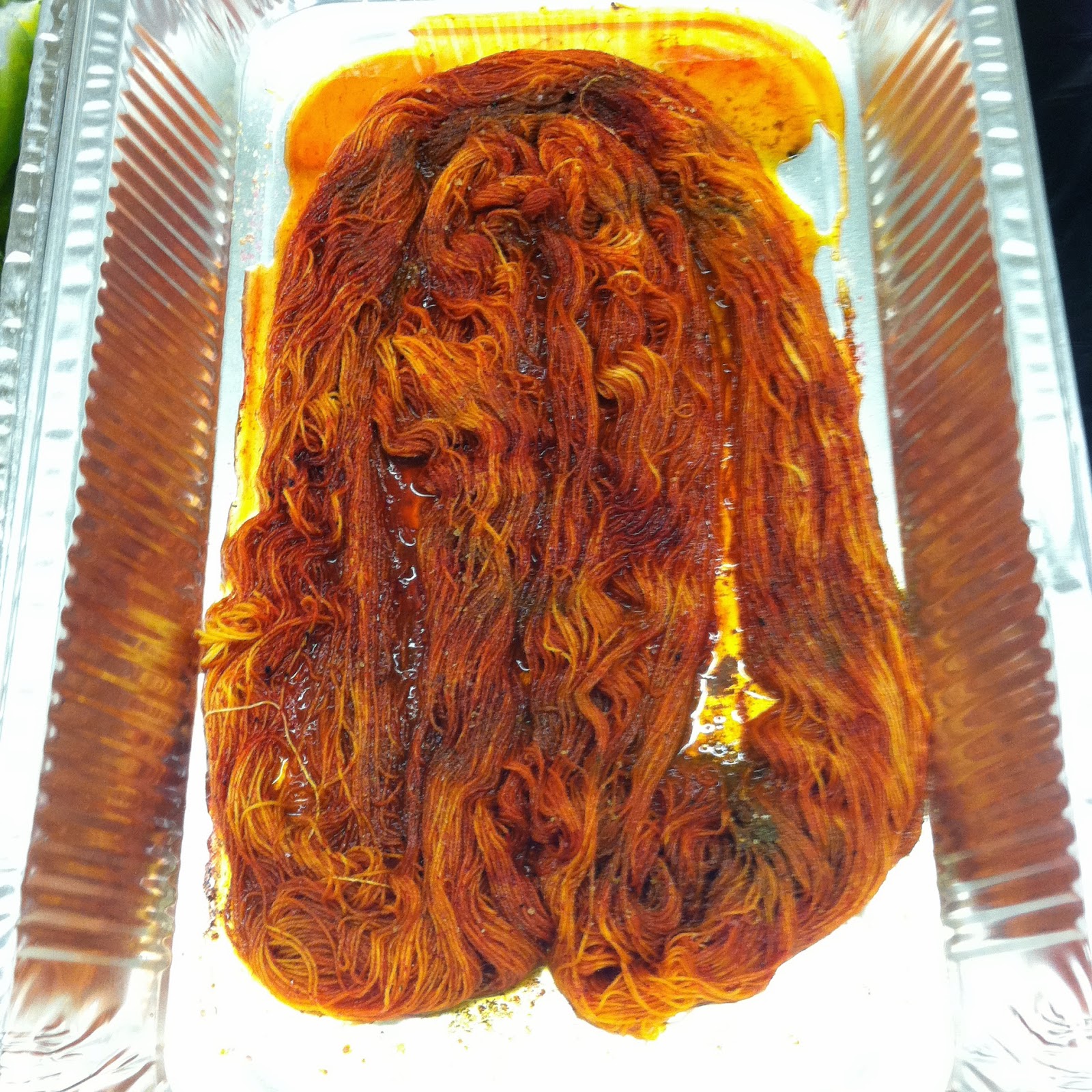 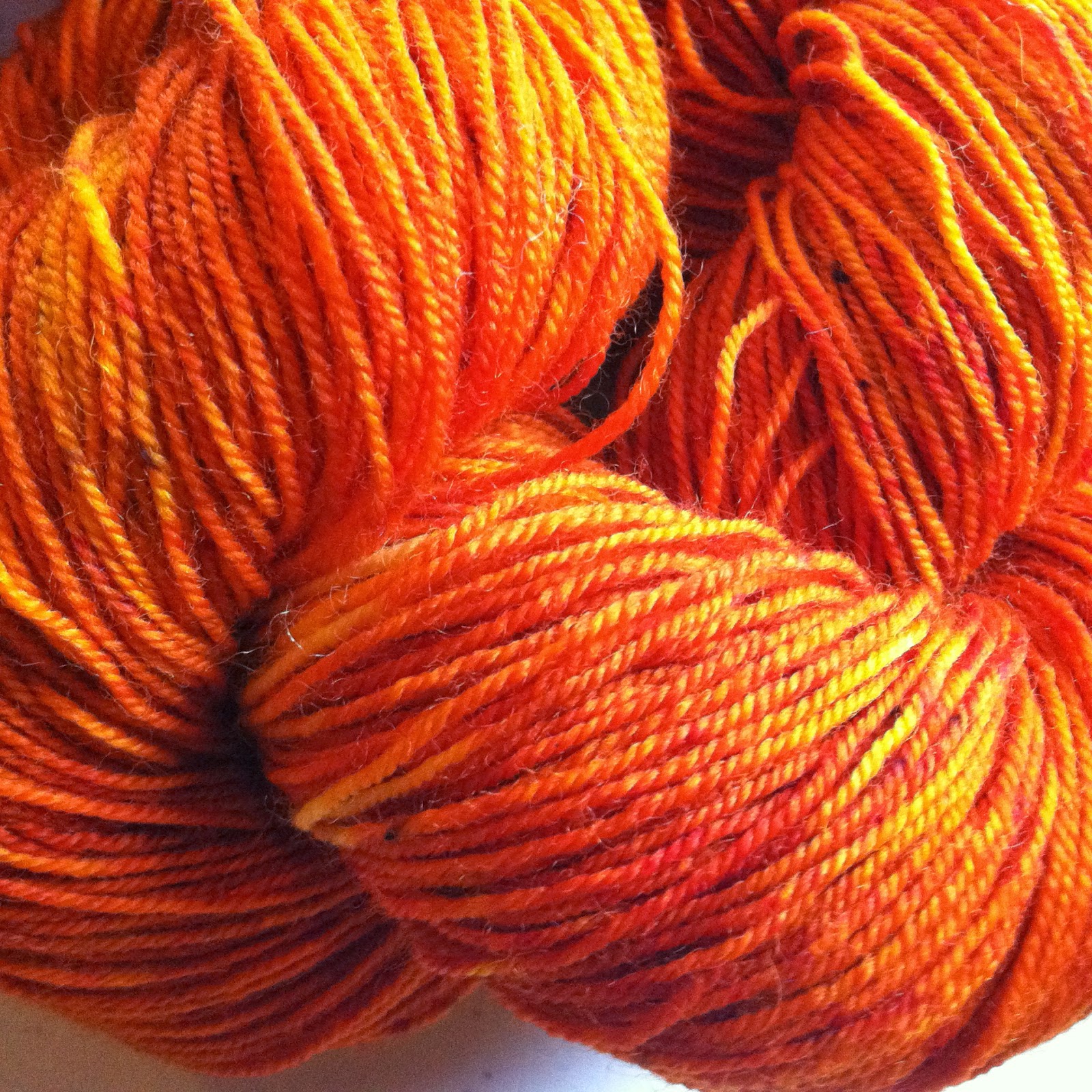 Isn't that a fantastic orange? I'm really pleased with it, and oranges are really difficult to dye well. I rounded out the evening with a 75/25 superwash merino-nylon blend: 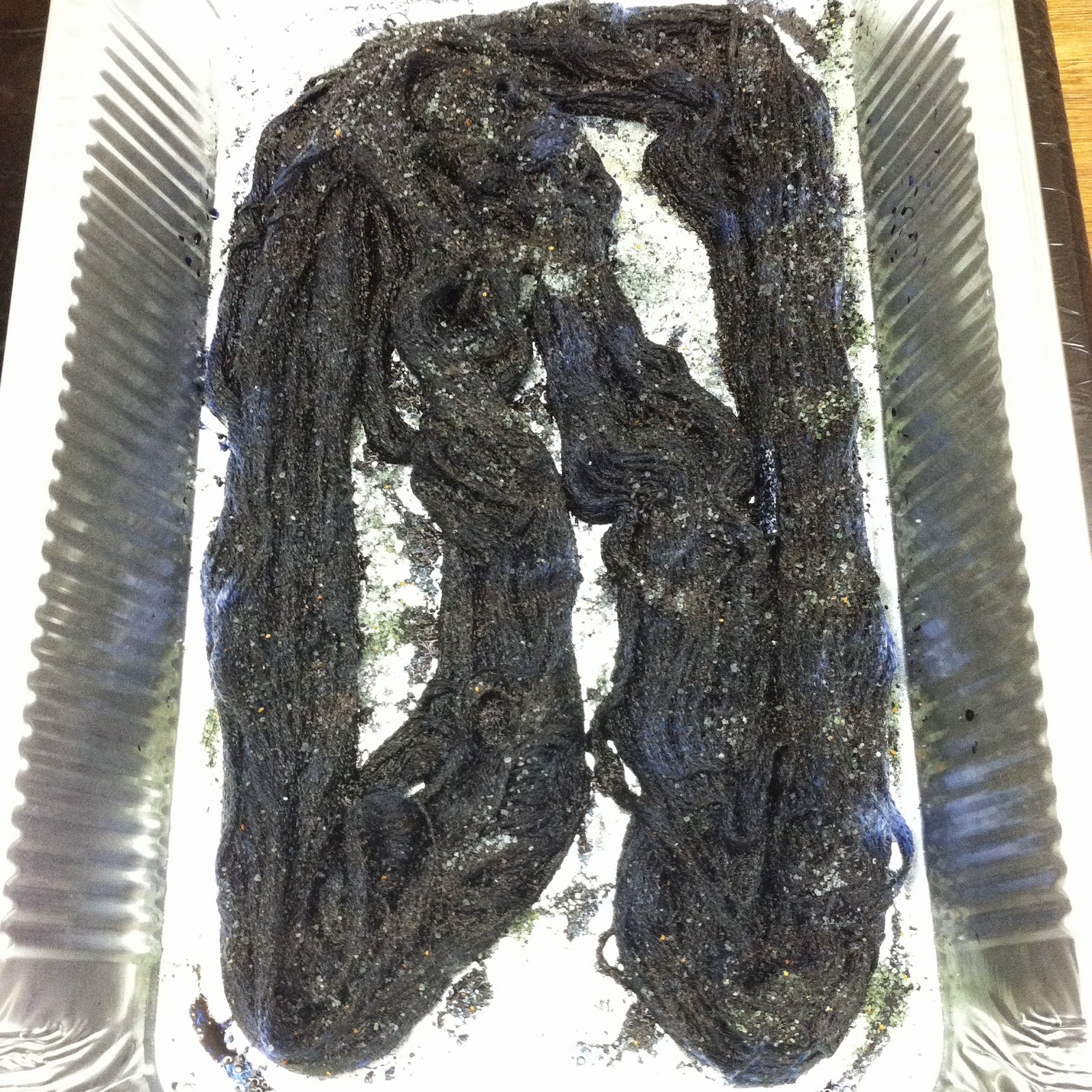 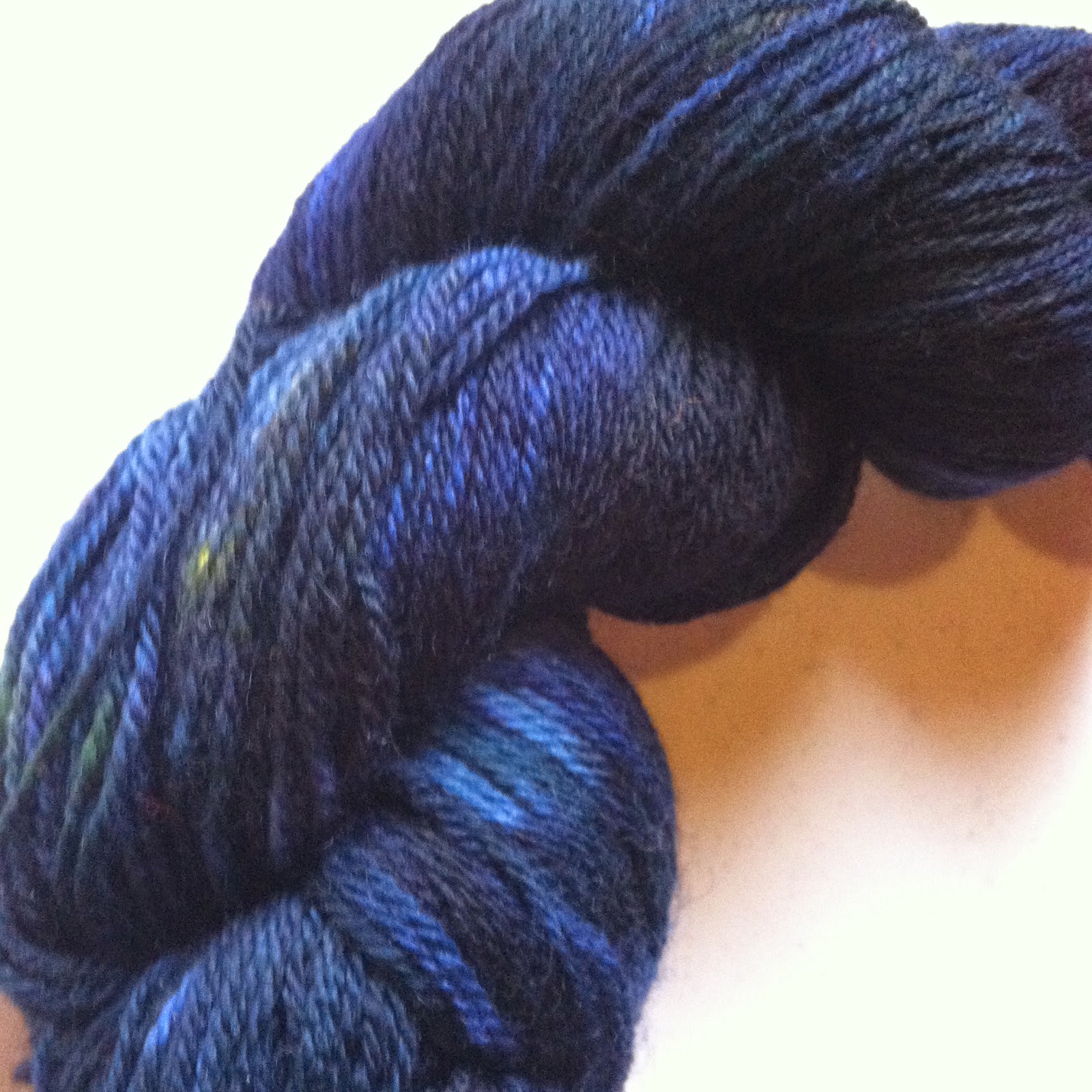 The Saturday workshop was on snow dyeing. Dyeing with snow is unpredictable, but I always have a lot of fun with it. All three of my skeins came out much more saturated than I expected, but I'm really pleased with the colors that resulted. The first skein was a 60/30/10 superwash merino-bamboo-nylon blend, and it used up the leftover dyes that were in the pan after my wool-nylon blend from Friday was finished, and topped off with a sprinkle dye: 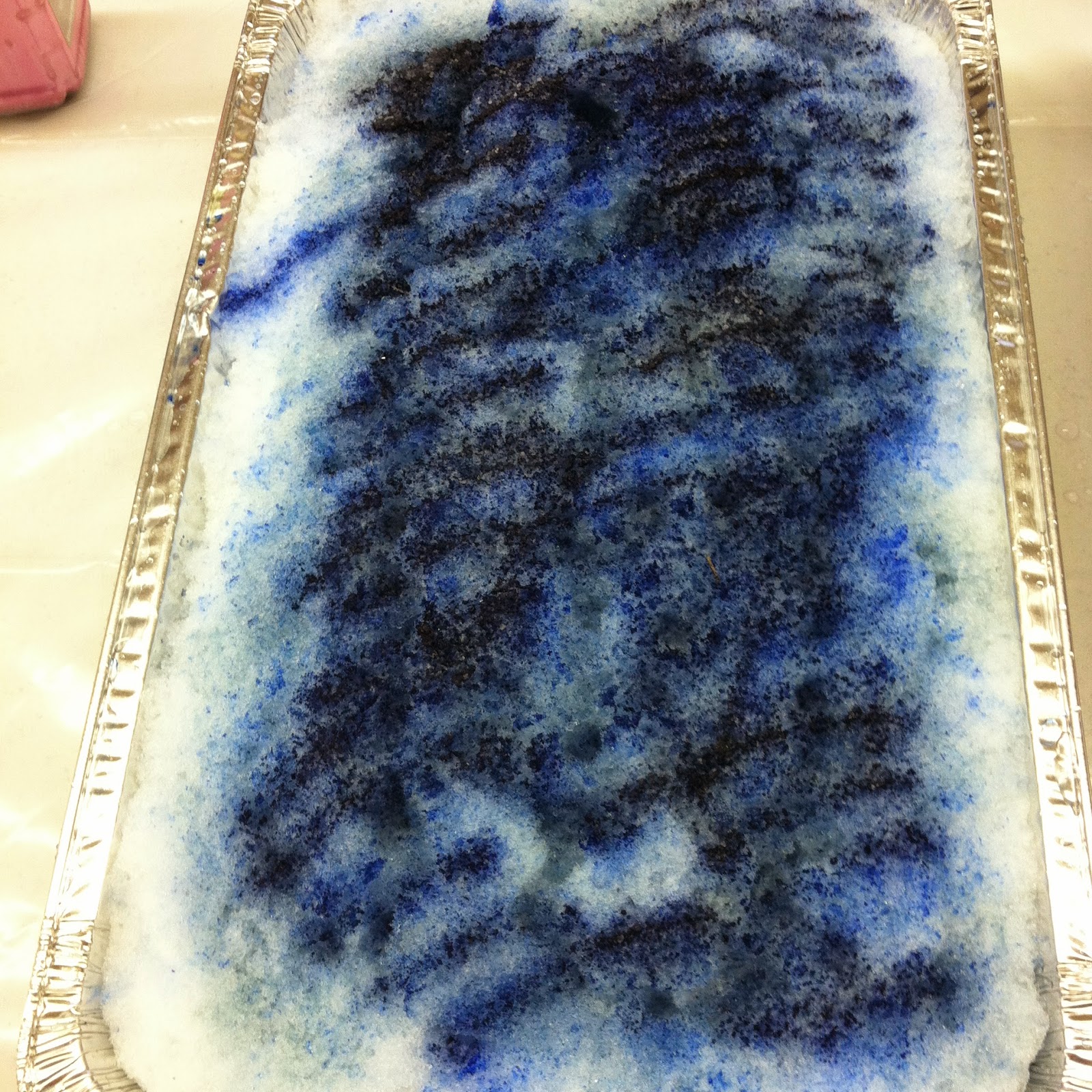 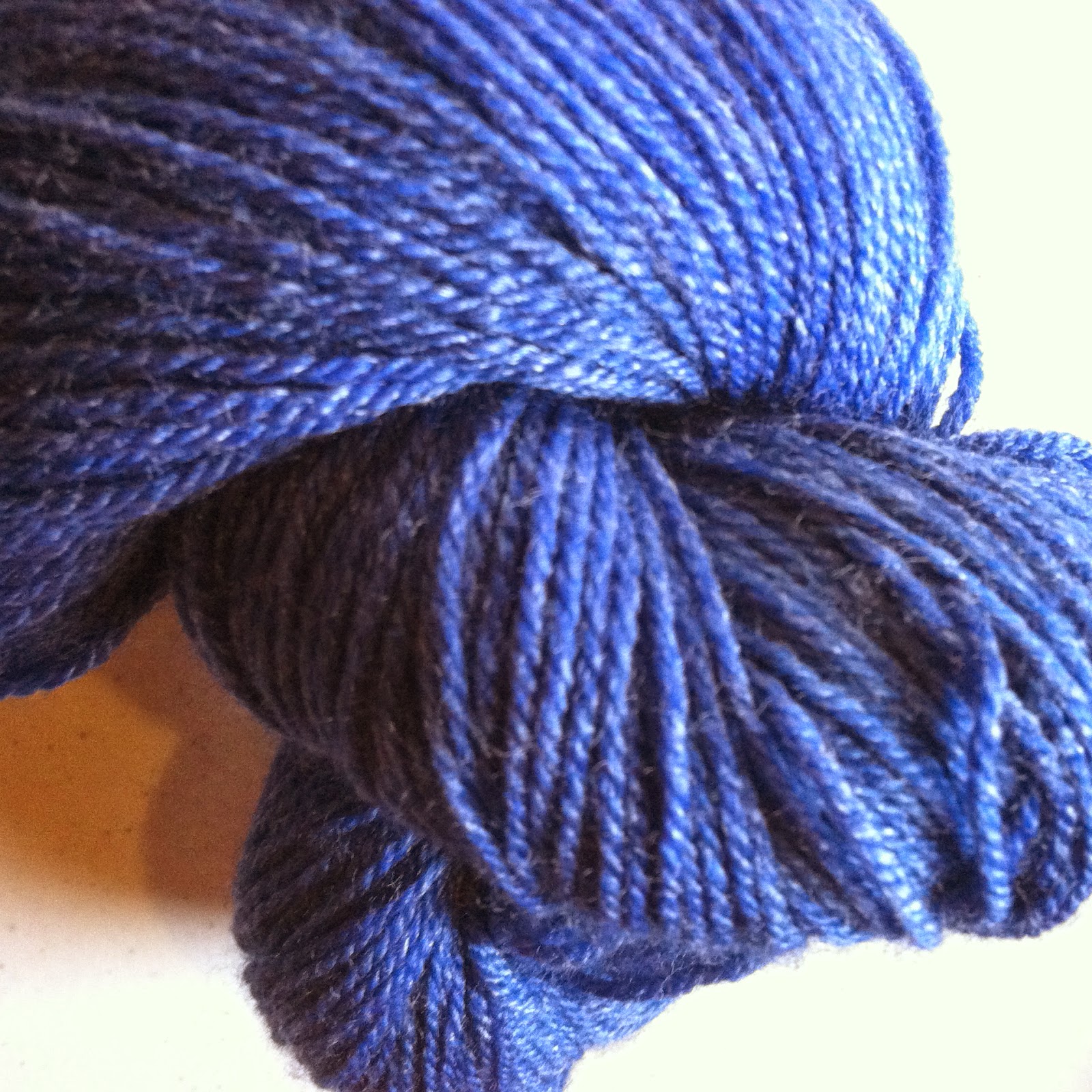 The next two skeins were both 100% corriedale, and each used three different sprinkle dyes: 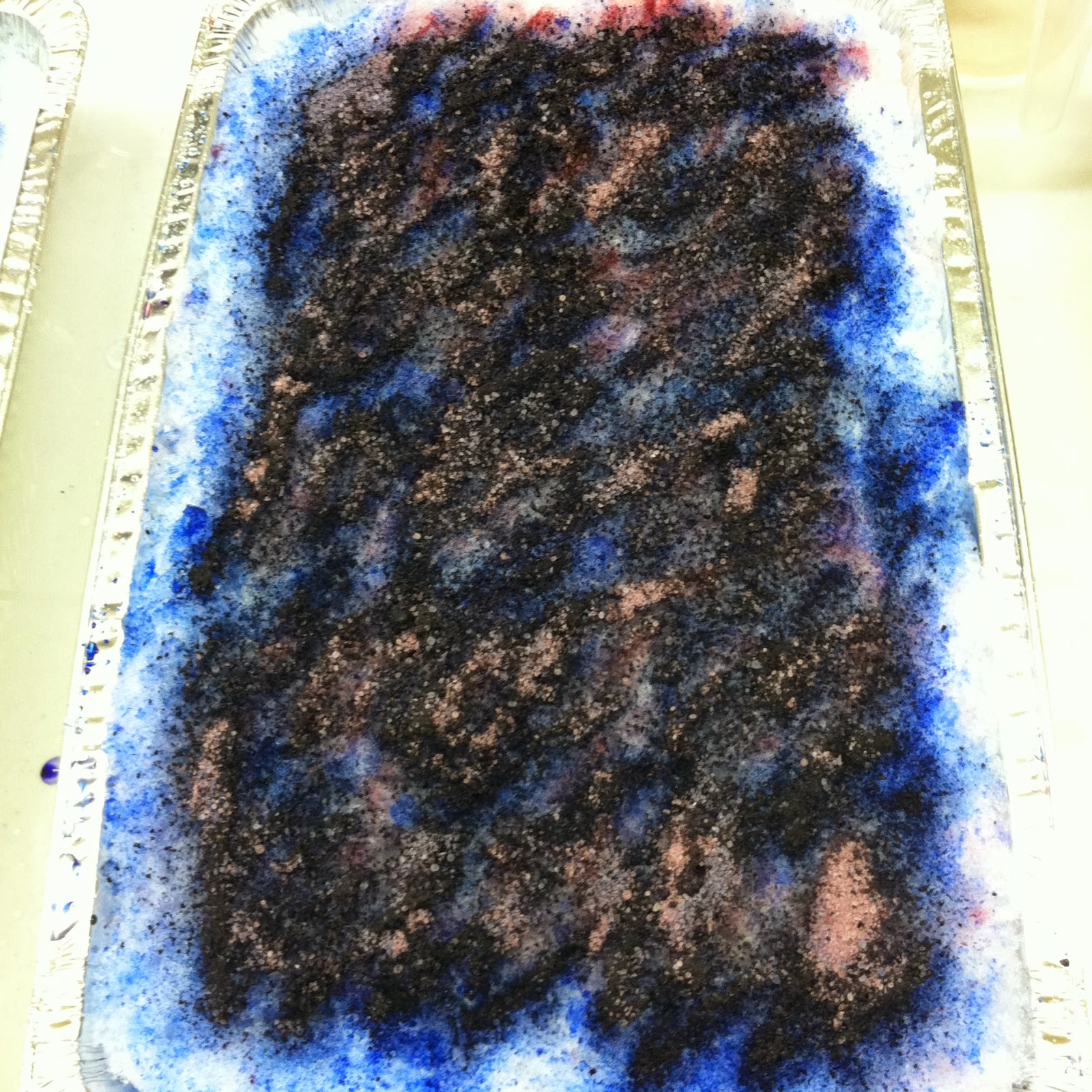 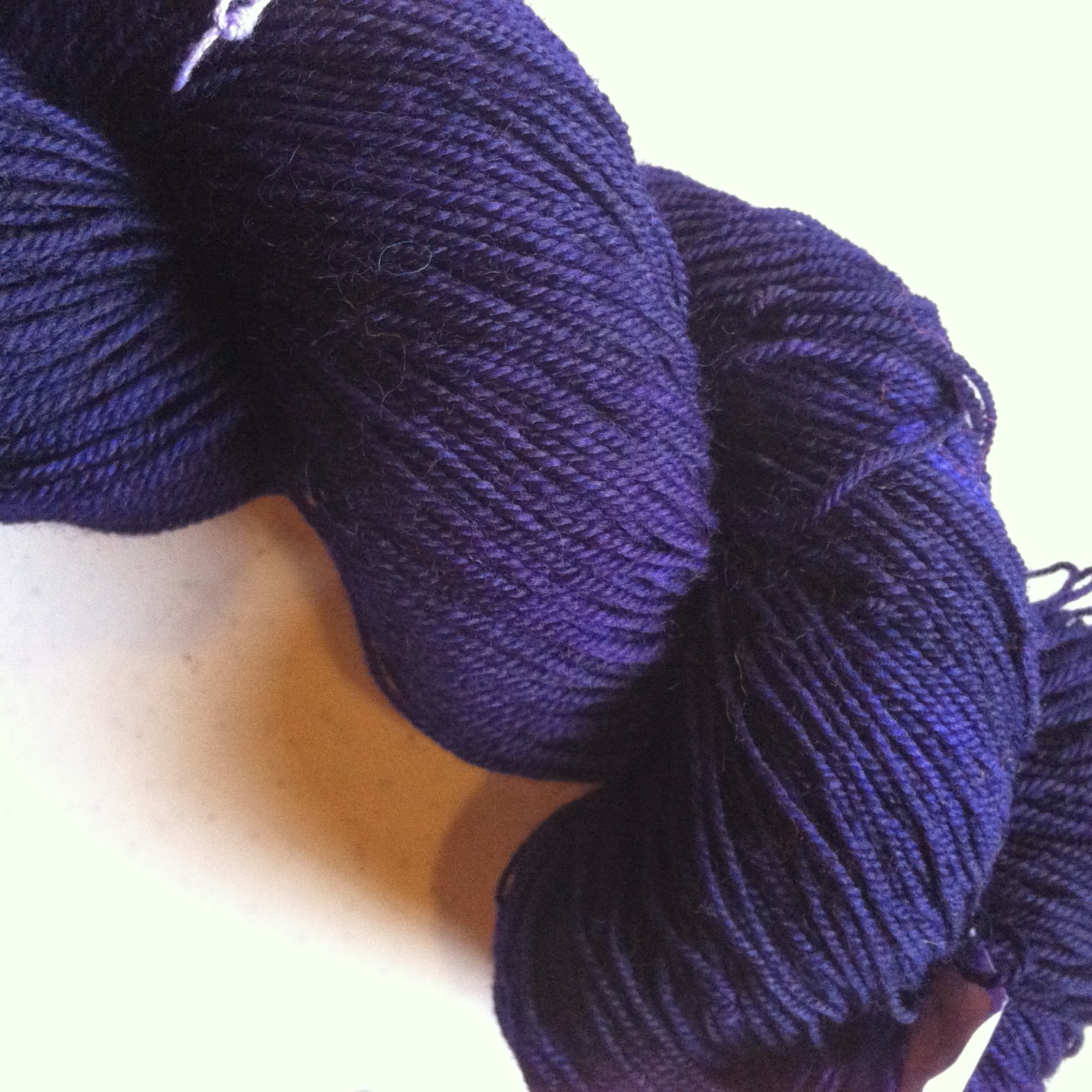 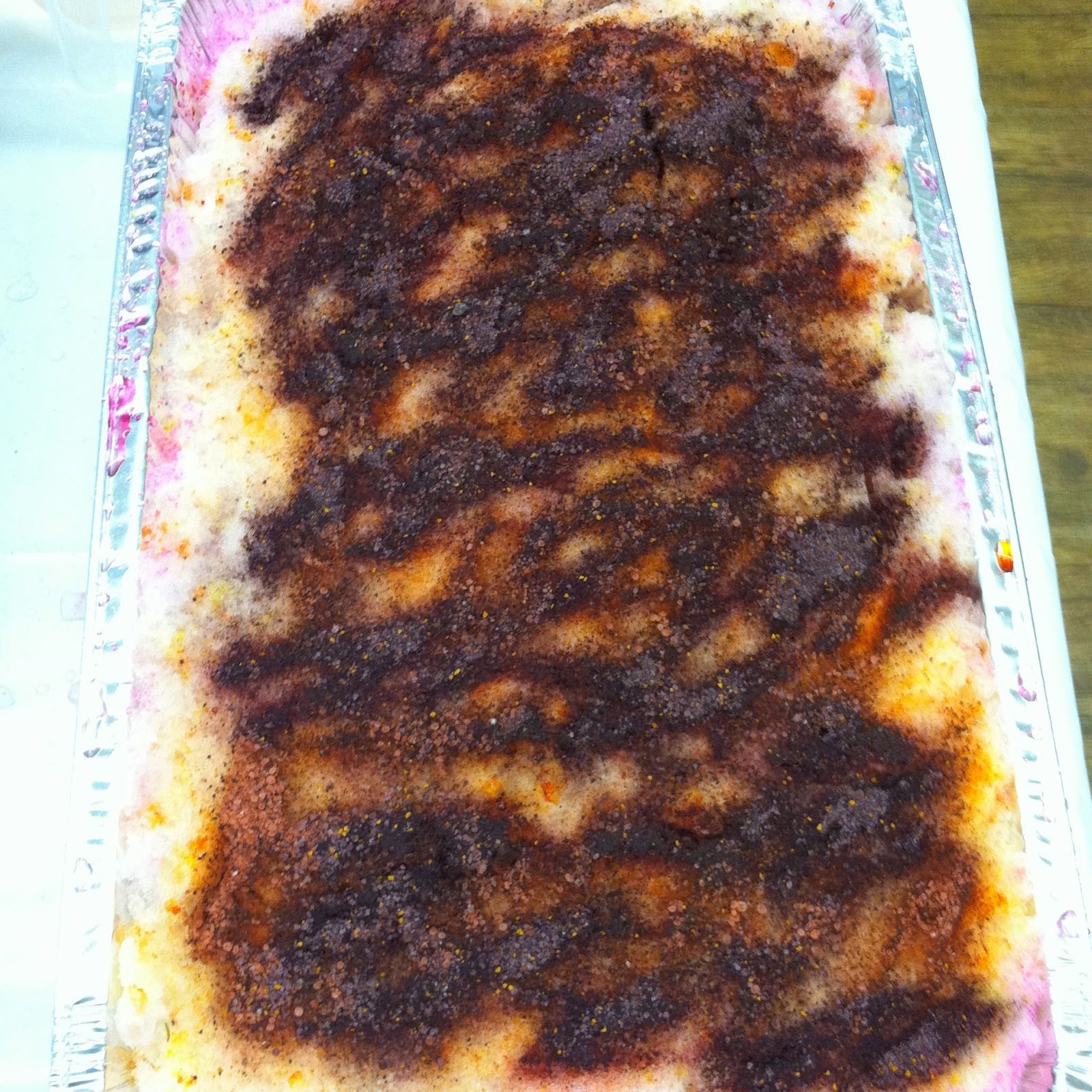 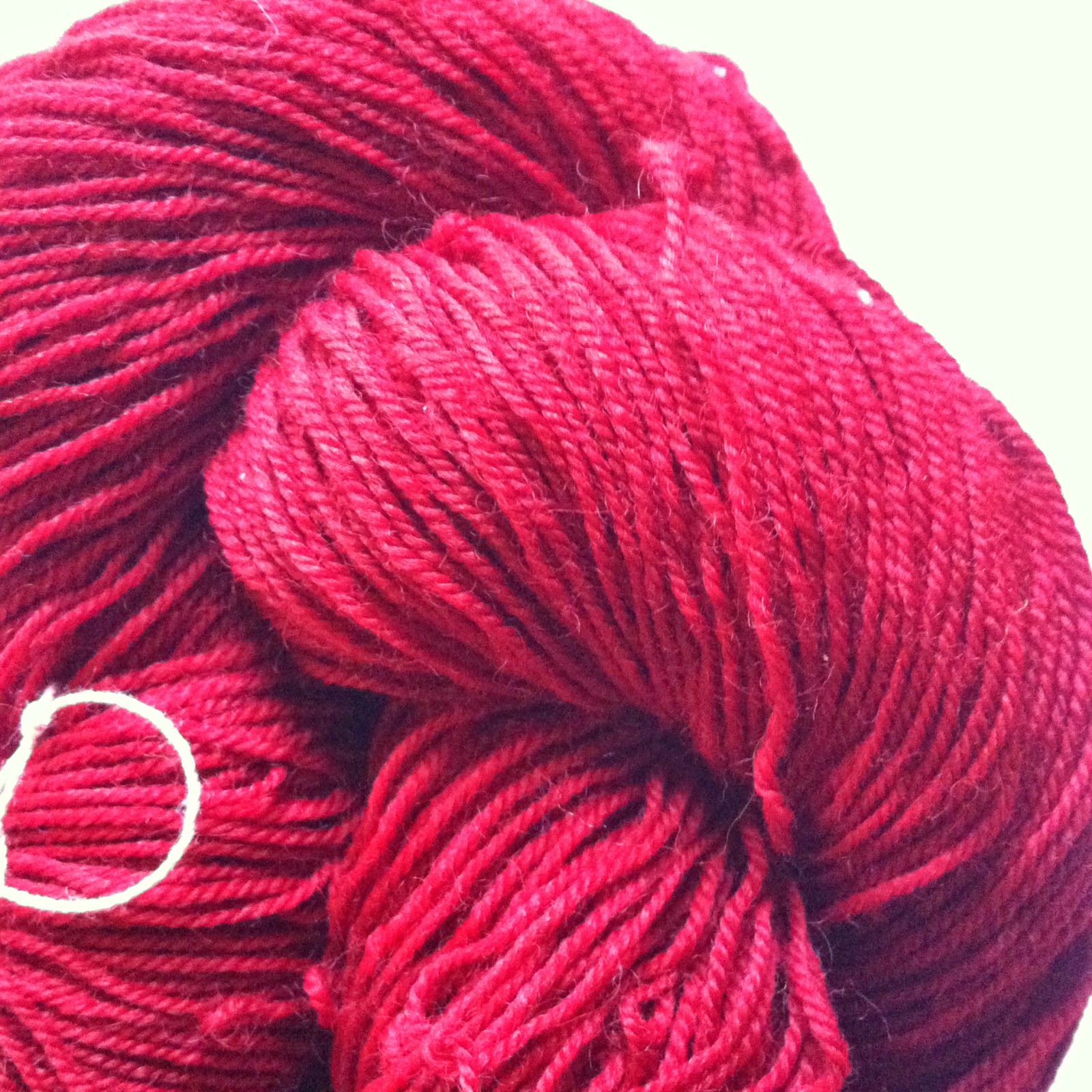 Both of these were much more intense than I anticipated, but I absolutely love the finished skeins. The dark one is a sort of deep indigo-purple that looks almost black, and it's incredibly difficult to photograph. I'm hoping that it will be easier to capture the color once I knit it up, whenever that is, because it really is gorgeous. 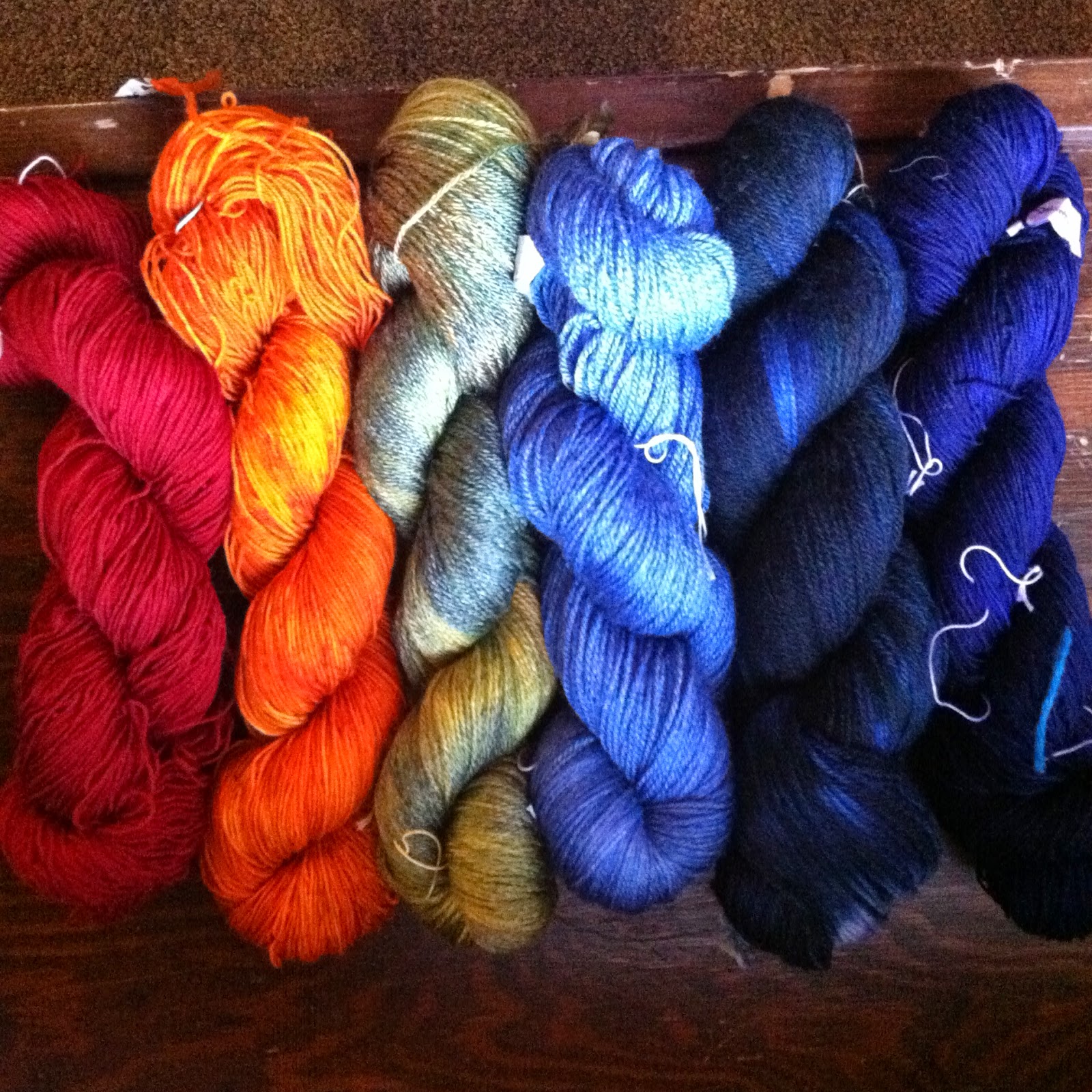