Oof. It's nice to finally be back into my normal rhythm, after all the fun of last weekend. I did end up bringing a lot of yarn home from the retreat, so I had to do a quick stash evaluation and figure out what to do with it all. 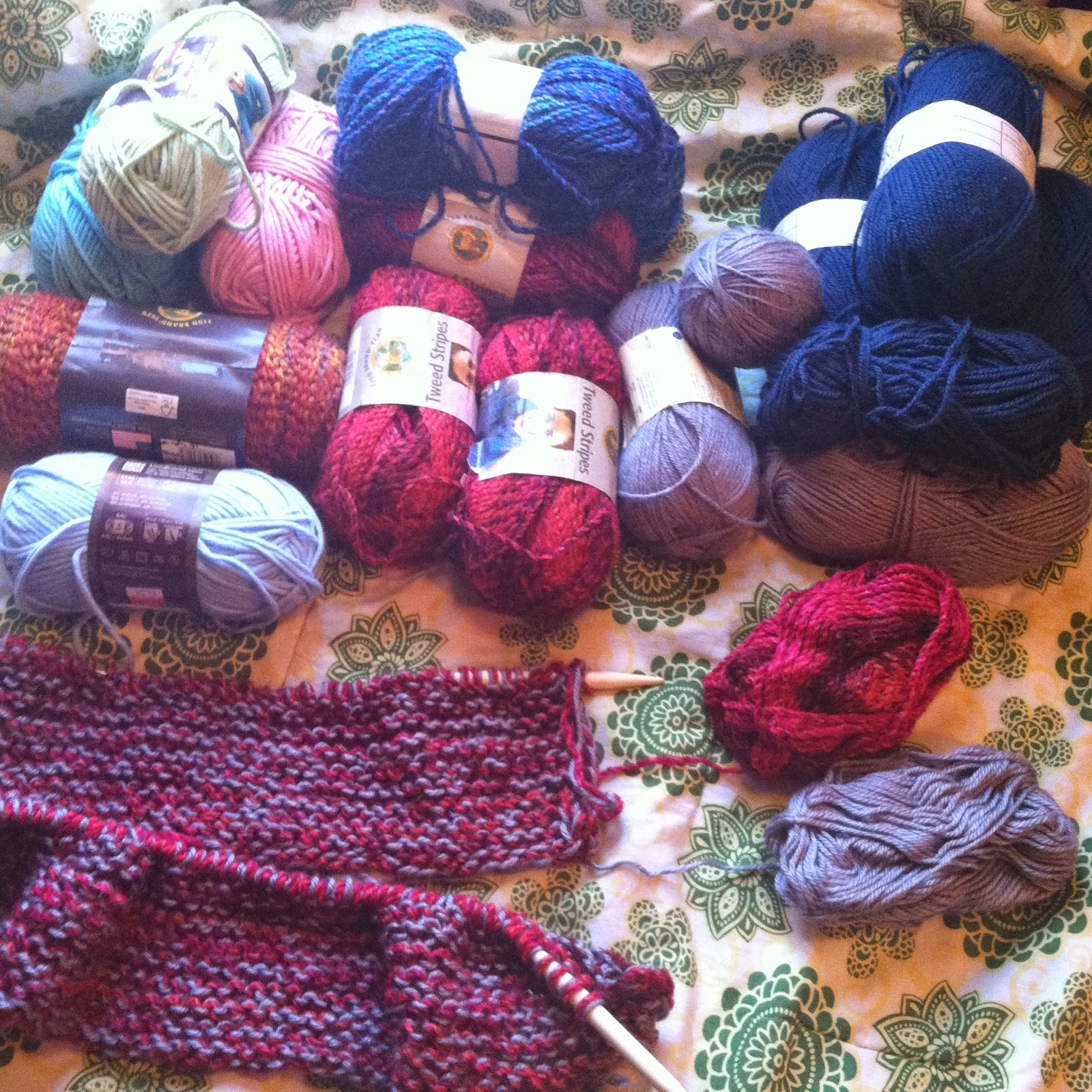 All of the yarn on the right is stuff that I've had in my stash for a while. The blue was intended for a blanket project that never happened, way back in my first year of knitting, and while part of it has gotten eaten up over the past several years, there's still quite a bit left. The grey was on clearance a few years ago, and aside from one or two random projects, I never really figured out what to do with it.

All the yarn on the left is yarn from my best friend from college. She used to work in the craft section of a major retailer, and during a stock clearout she offered me "a bunch of random free yarn." Since there's no such thing as bad free yarn, I took her up on it. There's a bunch of different stuff there, but in weird amounts for attaching them to projects. There are a few skeins not pictured here that I've assigned to projects in my head, but for the most part it's all here. I'm a firm believer in letting yarn sit until it's decided what it wants to be, so I packed all of this stuff up in the stash and let it think for a while. I don't know where the idea to try to make it into a blanket came from, but once the idea took hold it stuck fast. Of course, I already have a couple of blanket projects in progress, but who doesn't need another blanket?

So far this is knitting up pretty fast. It's still going to be a pretty big time investment, but it is going to be so nice to finally knit up all this friend yarn, and it will make the stash a little lighter.
Posted by Kat Riddell at 8:05 AM