This isn't the post I intended to write. I did have a good weekend, but I was not quite as productive as I'd hoped. Exhibit A: 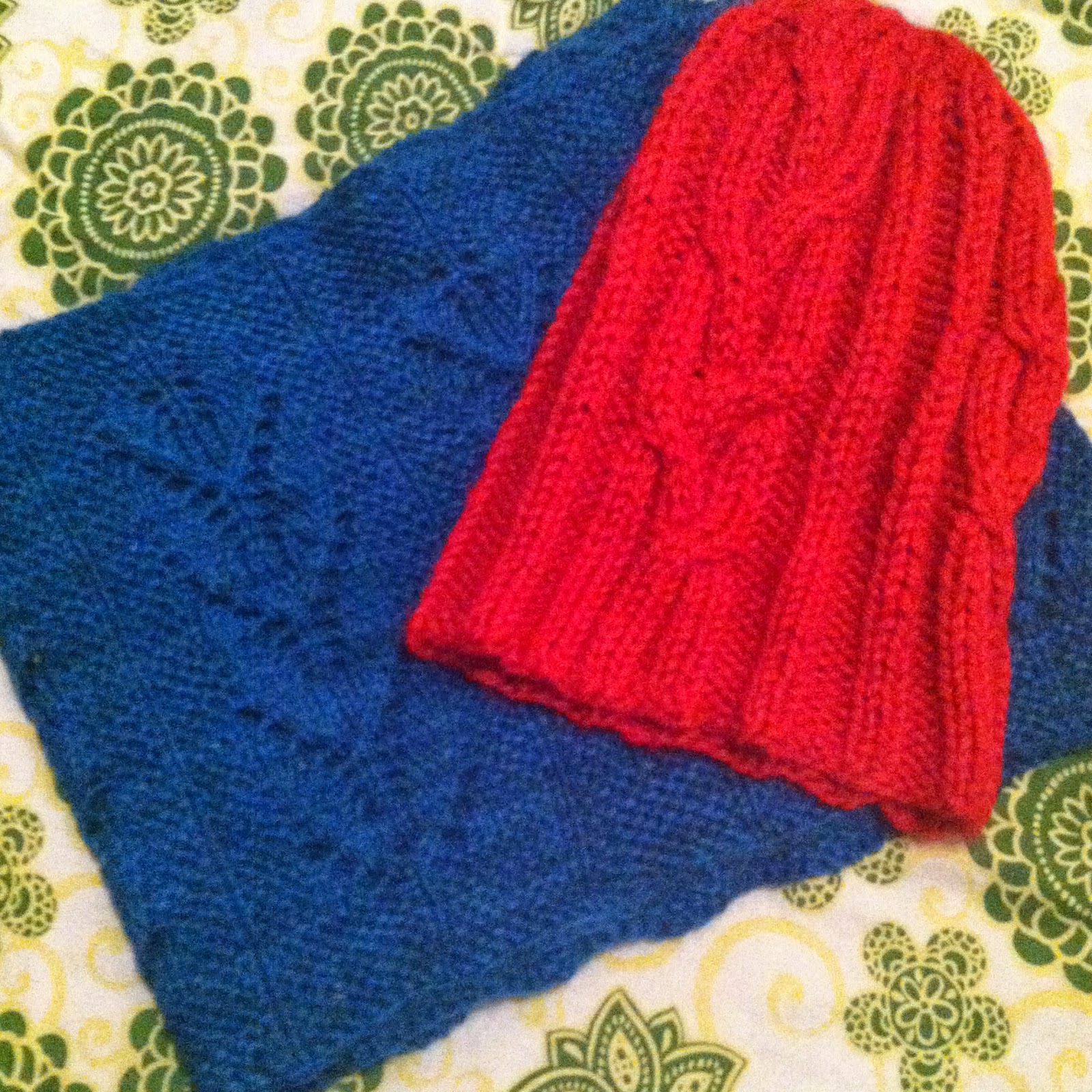 Some knits, without proper photographs, and not in the mail to their new owners. I intended to take pictures on Sunday, but it started to rain before I got the chance to, and continued until dark. So that remains on the to-do list. 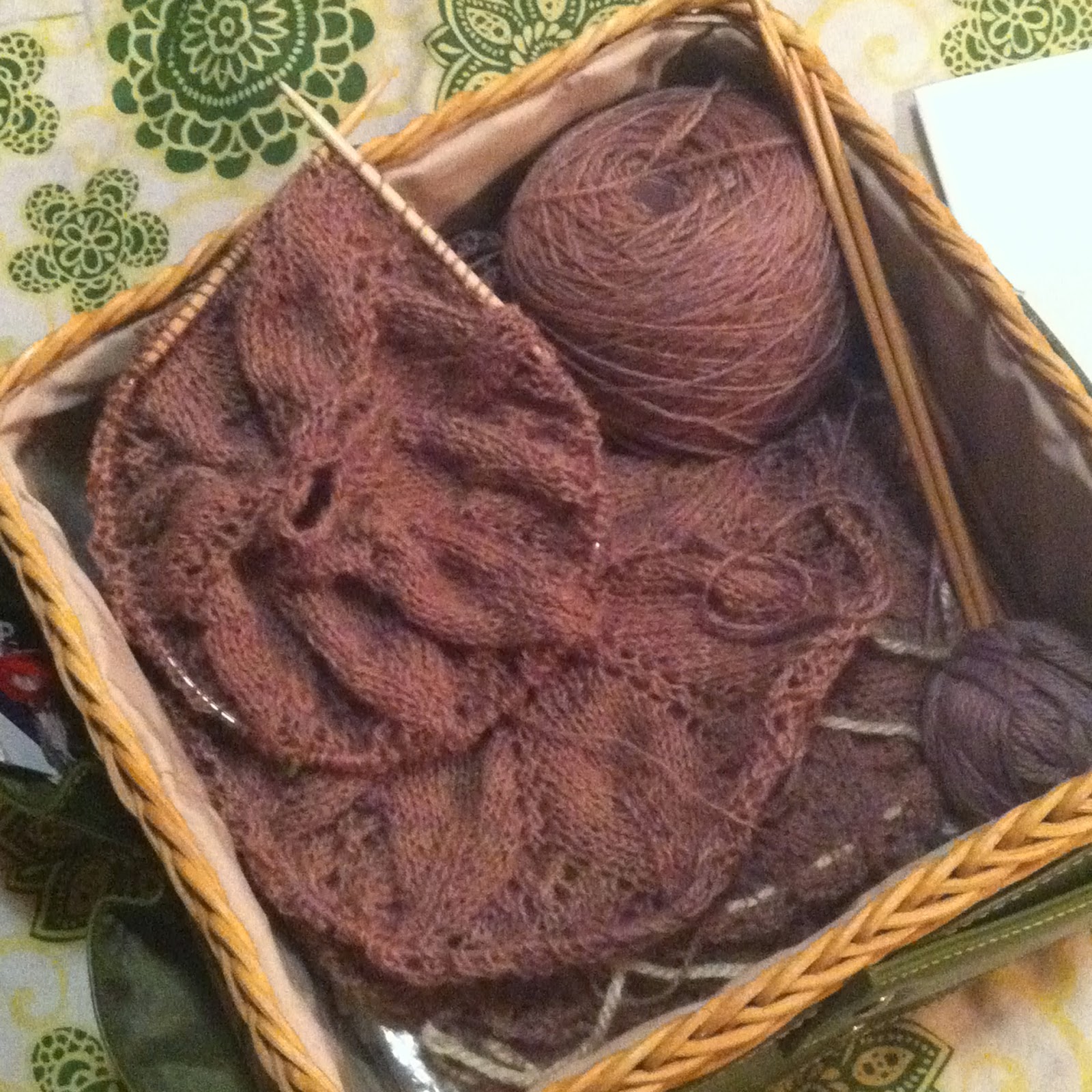 Exhibit B, the vintage medallion shawl is in the same condition it was a week and a half ago. I'm hoping that continuing to post about it here will shame me into getting some serious work on it done. 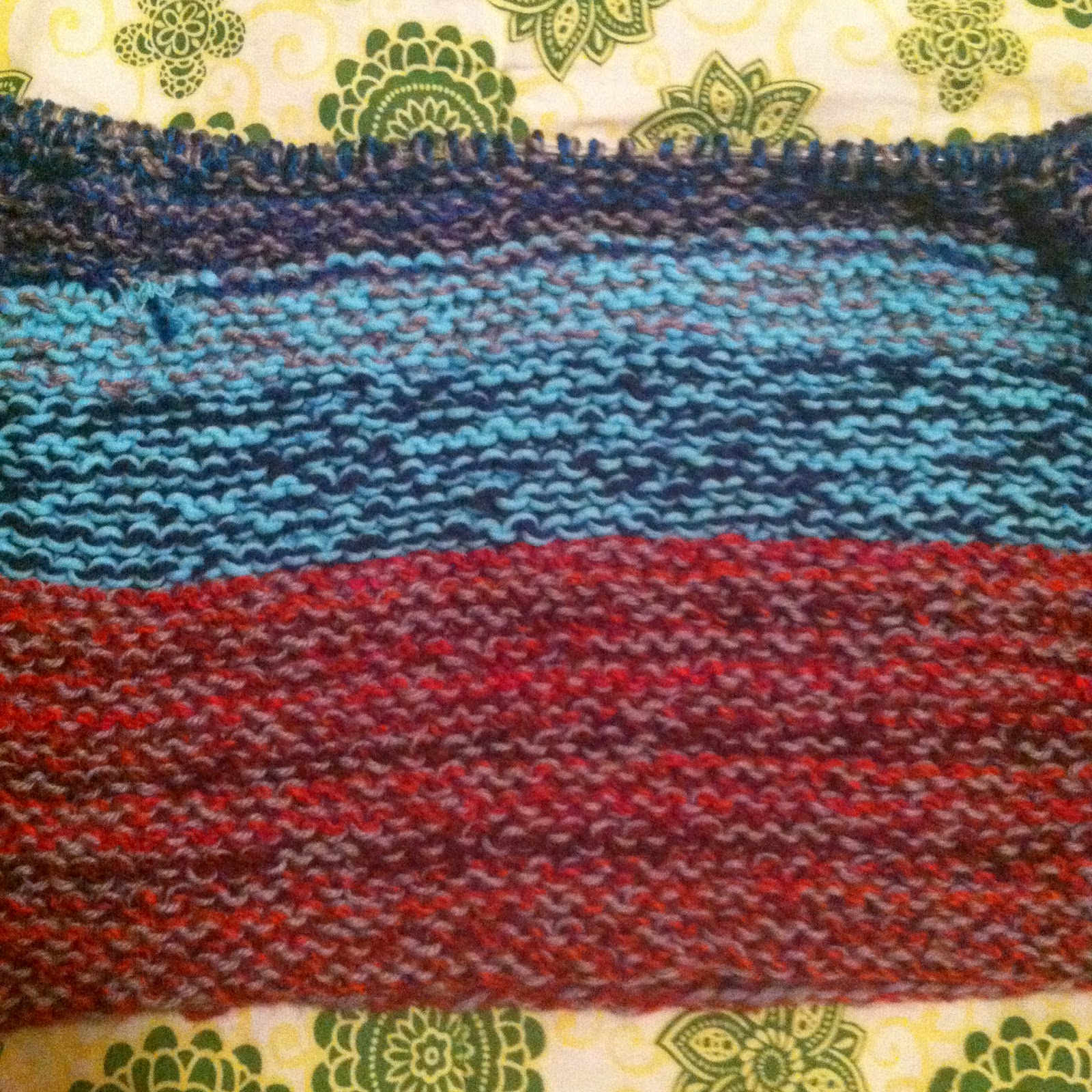 It's not as though I haven't been knitting, though. as demonstrated by Exhibit C, a blanket that is noticeably larger than it was on Friday. It's so cozy, and going so quickly, and I can't wait for it to be done. But I really ought to be working on other stuff, too. 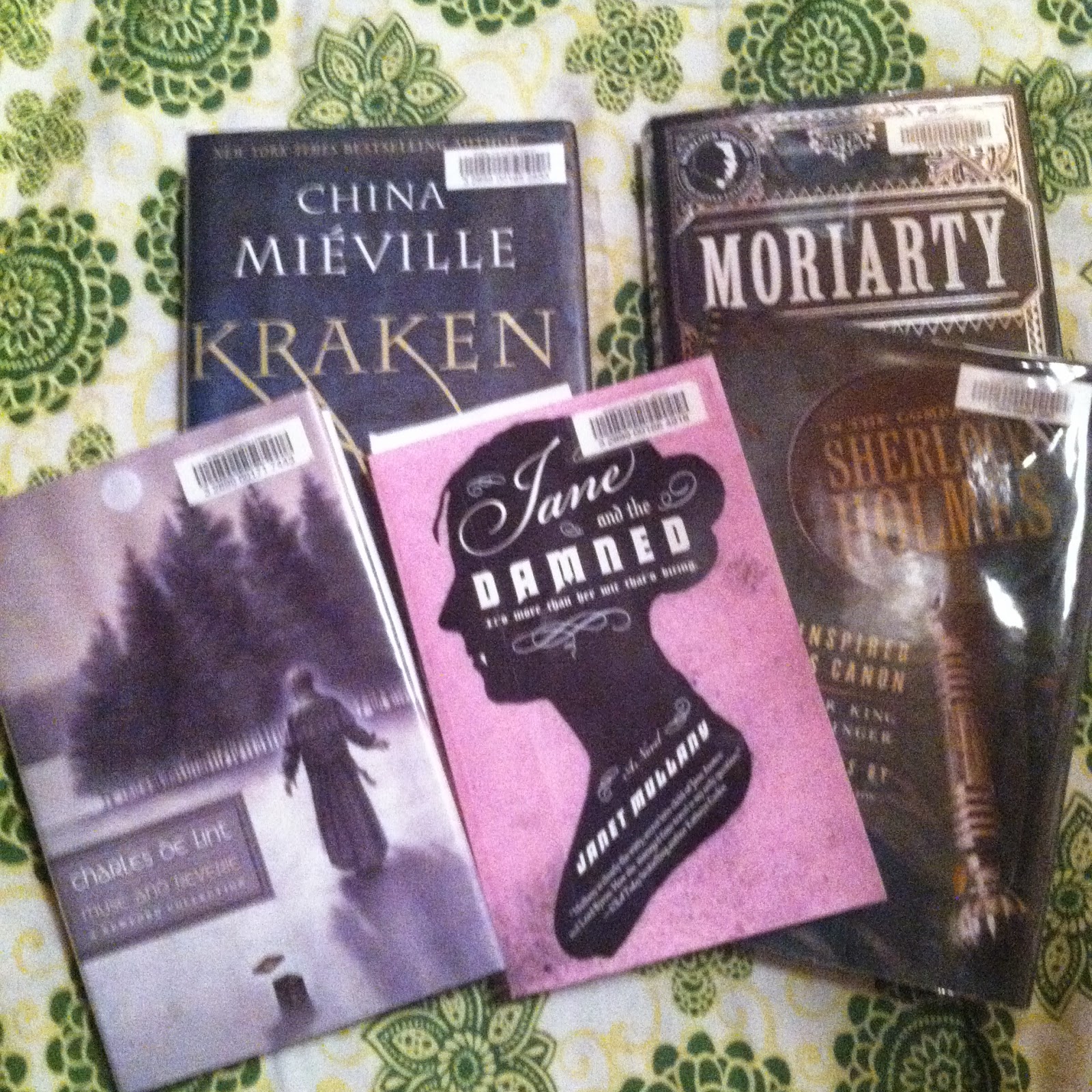 There was also a very successful trip to the library on Saturday. I'm really enjoying Jane and the Damned so far, and I've been wanting to read Kraken for ages.

Hope you all had a good weekend as well!
Posted by Kat Riddell at 7:43 AM