Well, here we are at the end of the year. I got myself into a bit of a funk earlier this year, because I realized that in 2013 I'd knit much less than I had in previous years. But I rallied and made up for it in 2014, and had a lot of fun along the way. I learned a lot, and I'm proud of the things I managed to accomplish.

First up, and probably most significantly, 2014 was the year I started designing. I released six patterns, and I learn more and more about pattern writing with each one I produce. Designing also motivates me to further my technical skills and become a stronger knitter: 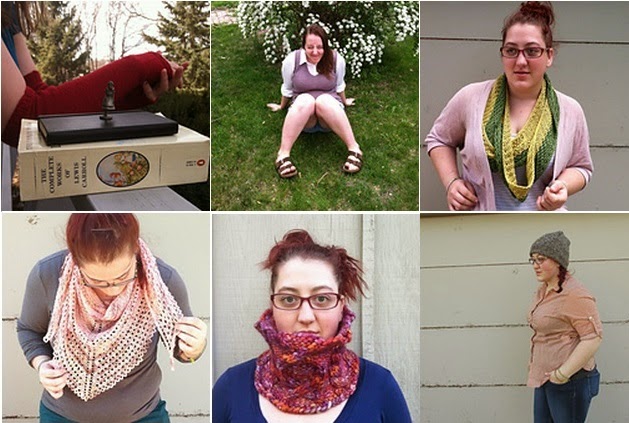 I put out five pairs of socks this year, and three of them were for other people! I still have a lot of sock patterns in my queue, and I like having a plain pair on the needles to work on in the cinema, so I know socks will always be something I have plenty of: 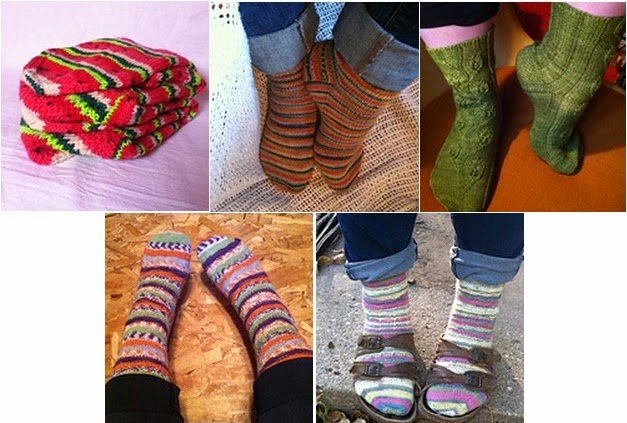 I also managed to finish several garments this year. I've learned a lot about garment construction since my first sweater a couple years ago, and I look forward to making more and more in the future. Aside from the Epidemic vest, I finished four sweaters and a skirt: 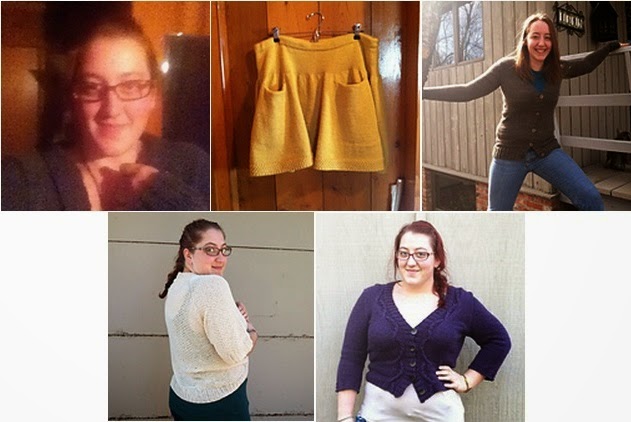 Of course, I can't forget my lacy stuff! I love knitting lace, and I'm glad I made a good show of it this year: 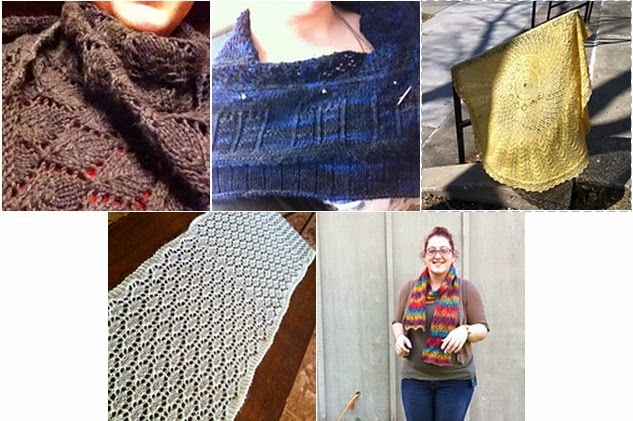 Of my 41 finished projects, 12 of them were for other people. I am a self-proclaimed selfish knitter, but I'm also getting to the point where I find a lot of patterns that I want to knit, but not necessarily wear myself. I'm hoping that next year the ratio of selfish:selfless knitting will even out more.

Overall, I'm very proud of my knitting this year. Here's to another year of fibery goodness in 2015!
Posted by Kat Riddell at 8:59 AM