When Things Don't Go as Planned 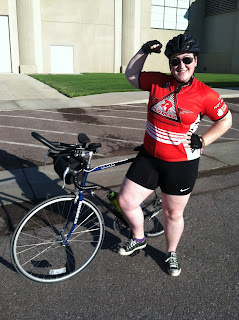 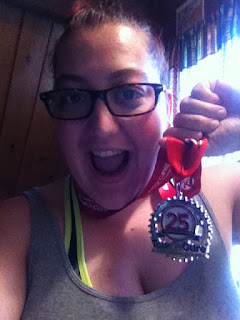 As you all know (since I've been pretty much incapable of talking about anything else), the Tour de Cure ride was on Saturday. I want to thank you all again for your support so much. It meant a great deal to me while I was out on the course (and later, but let's not get away from ourselves).

I was up bright and early to start the ride on time, and I actually was doing pretty well. I had a hiccup at the first rest stop that put me behind the other 50-mile cyclists, but I was determined to ride the whole way. It was hard-there were hills I needed to walk up, there was wind, my hands were tired, the roads had really bad spots-but I was determined to make a go of it, and I set a new personal record somewhere in the neighborhood of 30-something-ish miles.

Yup. I didn't finish. I still got the fancy participation medal, which I've been wearing with pride, but somewhere after the 27-mile rest stop my insulin pump started giving me an alarm, and it turned out that I had a hardware error. Since my pump was broken, my blood sugar began to immediately spike and I had to go to the emergency room for the afternoon. I'm feeling much better now, and everyone at the Tour was really great about getting me off the course and getting me checked and following up after I got done at the hospital.

So it didn't really go as planned. And I will admit to being a bit bummed that I didn't finish the ride. But there's always next year, and I still managed to raise several hundred dollars for diabetes research, education, and outreach, and I'm very proud of that. And I'm very proud I got as far as I did. The reality is, things happen that we can't plan for, and sometimes they put a pause on things, but I know I'll get another chance to ride the big 50 again next summer! 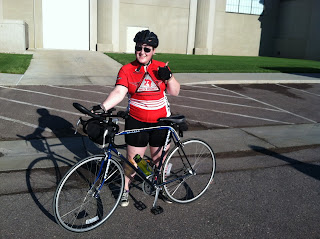