I hope you all have had a good and restful weekend. One of my goals for this year was to get my two longest-suffering WIPs under control and out of their misery, and I'm happy to say that so far, Operation WIP is on track: 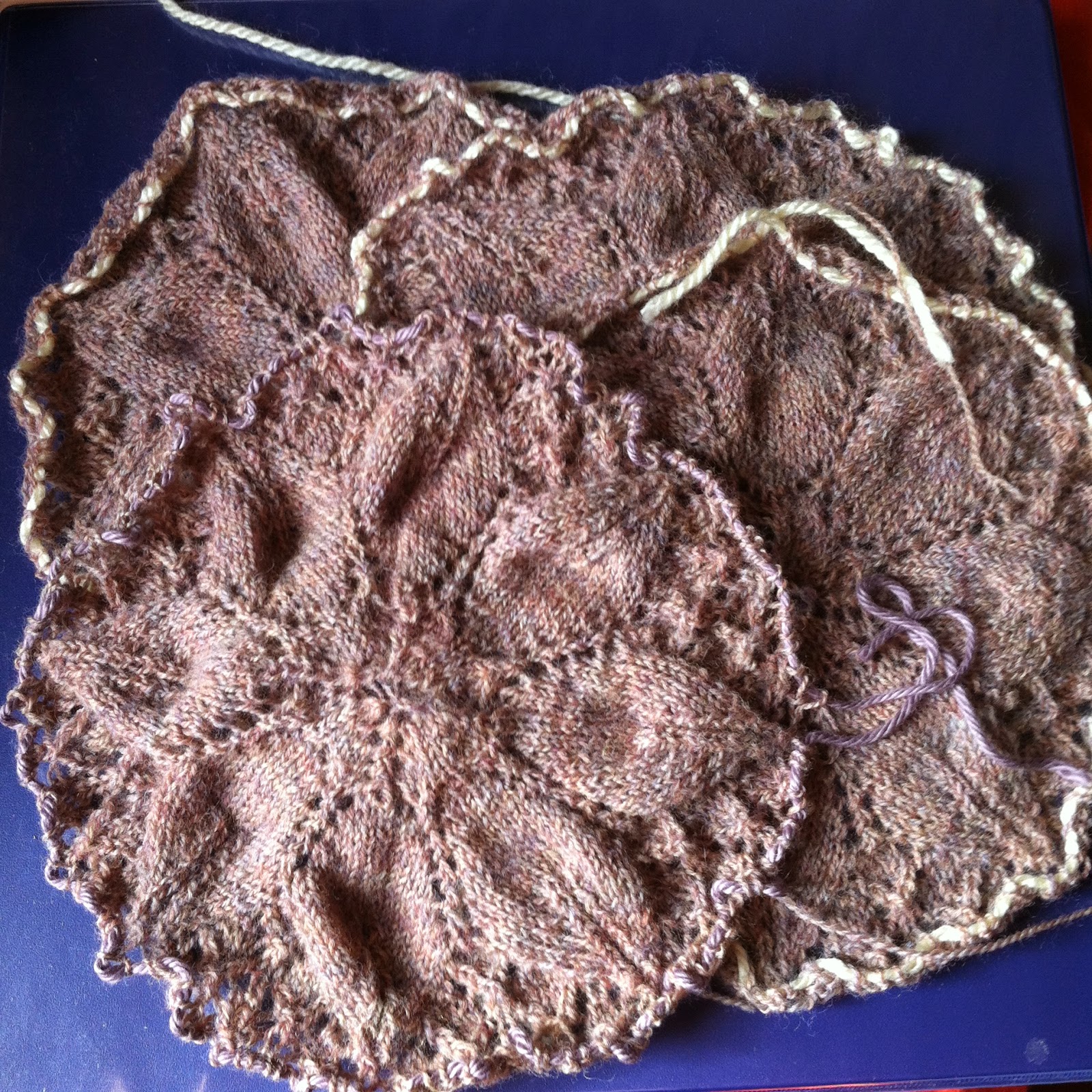 This is my Vintage Rose Medallion Shawl, aka "Pretty Stuff." I started this back in February 2012 and really haven't worked on it too much since then. I have four medallions mostly done, so I only need...twelve more. And the medallions all need corners knit on, and they all need to be grafted together, and then I need to knit a freaking border all around the whole thing. And the blocking. I am so not looking forward to blocking this beast.

It's a huge undertaking, which is why I let it fall by the wayside almost two years ago. I love the yarn, and I love the pattern, and I'm really excited for the finished object. Even knitting the medallions isn't so bad-they're charming in their own modular way. It's nice that the project breaks itself down into a bunch of sections, but it's still a large project. I wasn't quite fully prepared for it when I started, but I'm a much better knitter now. 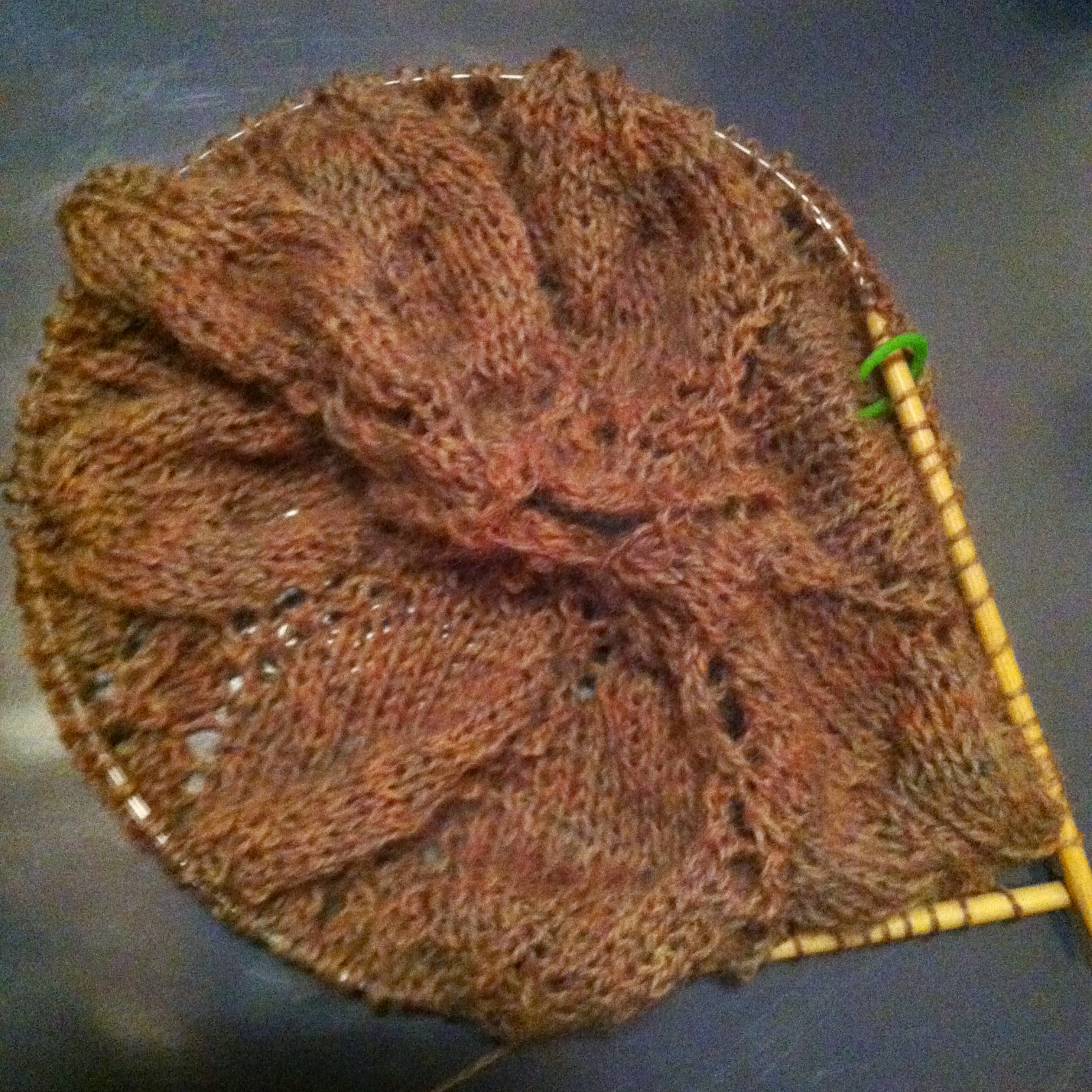 So for now this is my sitting-in-front-of-the-tv knitting. Most of the fifth medallion is already done, and I really think as long as I don't let myself drop it again, it can probably be done in the first half of this year. I have a lot of other stuff going on in my life right now (good things!), and a whole bunch of things I want to be working on, but I am going to feel so good to start making serious progress on this again.
Posted by Kat Riddell at 9:02 AM