It's been a bit of a weird week here-there's knitting going on, but in my effort to keep my number of WIPs down, I'm afraid I got myself in a bit of a funk. And started an impulse project (I have really good justification for it, and it's my hobby so I don't have to explain myself to anyone) which means my grand plan for 2015 lasted all of a couple of days. C'est la vie. I have some new stuff to show you, but I have to wait until the weekend to take pictures, since it's still dark before and after work.

And then I checked my Timehop app yesterday and saw this gem: 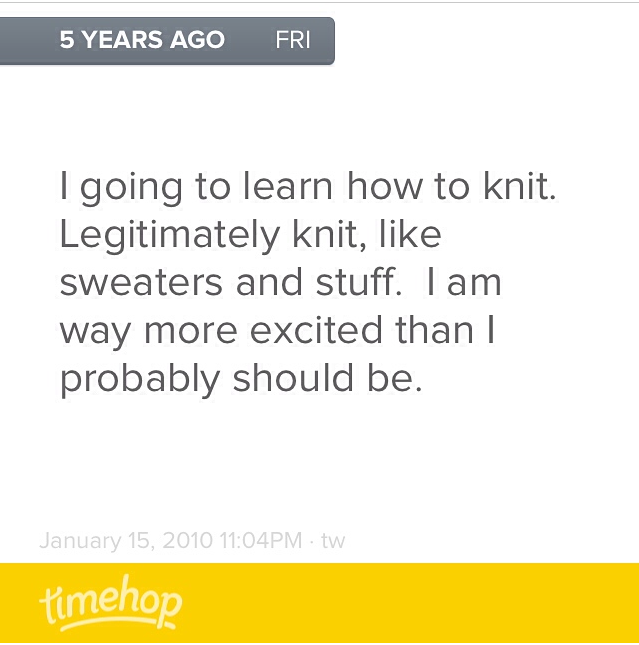 I distinctly remember deciding to learn to knit. It actually happened in November or December, I think, but I waited until I actually got my first knitting book to actually announce my intention to the internet. So sometime over the next couple weeks, five years ago, I started knitting.

It's a weird sort of feeling. I remember not knitting, and I remember learning to knit, and when I meet new knitters and the question invariably comes up, I learned how to knit about five years ago. It's amazing that we can make choices like that which have such an impressive impact on our lives. I haven't been knitting since childhood, I didn't have a beloved aunt or grandmother or neighbor teach me how to knit, I just decided as a 19-year old that I was going to learn how to knit.

It's a nice reminder, in some ways, that we can always make the choice to learn or do something new and different. I couldn't have imagined when I decided to learn how to knit that it would become such a huge part of my life, but now it feels like it's always been there. 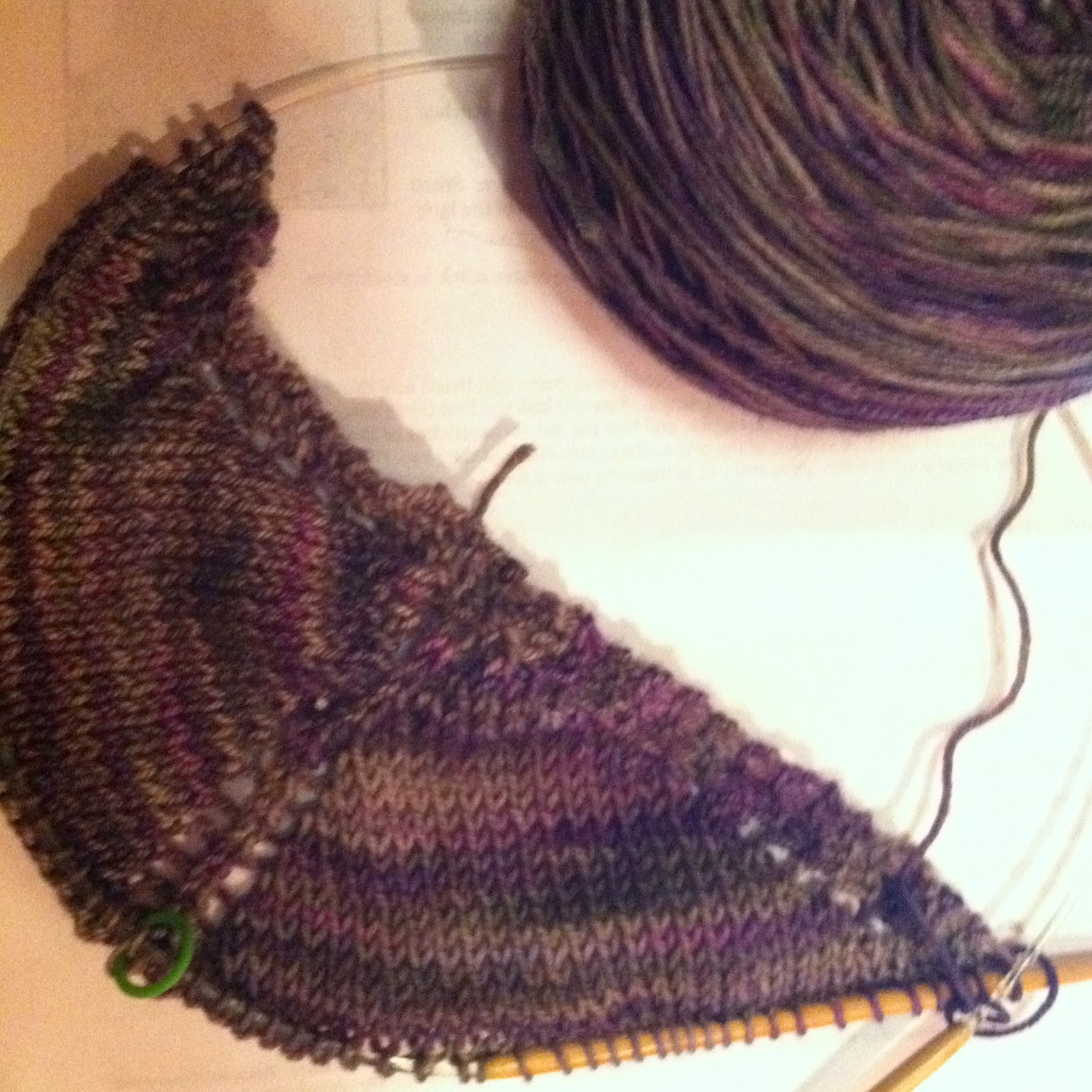