Whoops: Battleship, or, I Knit a Tent

I did something very bad. This is something that I always warn people not to do, because the consequences are very real. I am aware of this, and I conscientiously chose to go forward anyway.

I started knitting a top without swatching, and it is way too big.  Part of the luxury of being a fast knitter is that I can go ahead with something knowing that it will blow up in my face. I knew the top was going to be way to big, so once there was enough of it knit to make it worth trying on, I moved it from the needles to waste yarn and threw it in the sink for a bit. 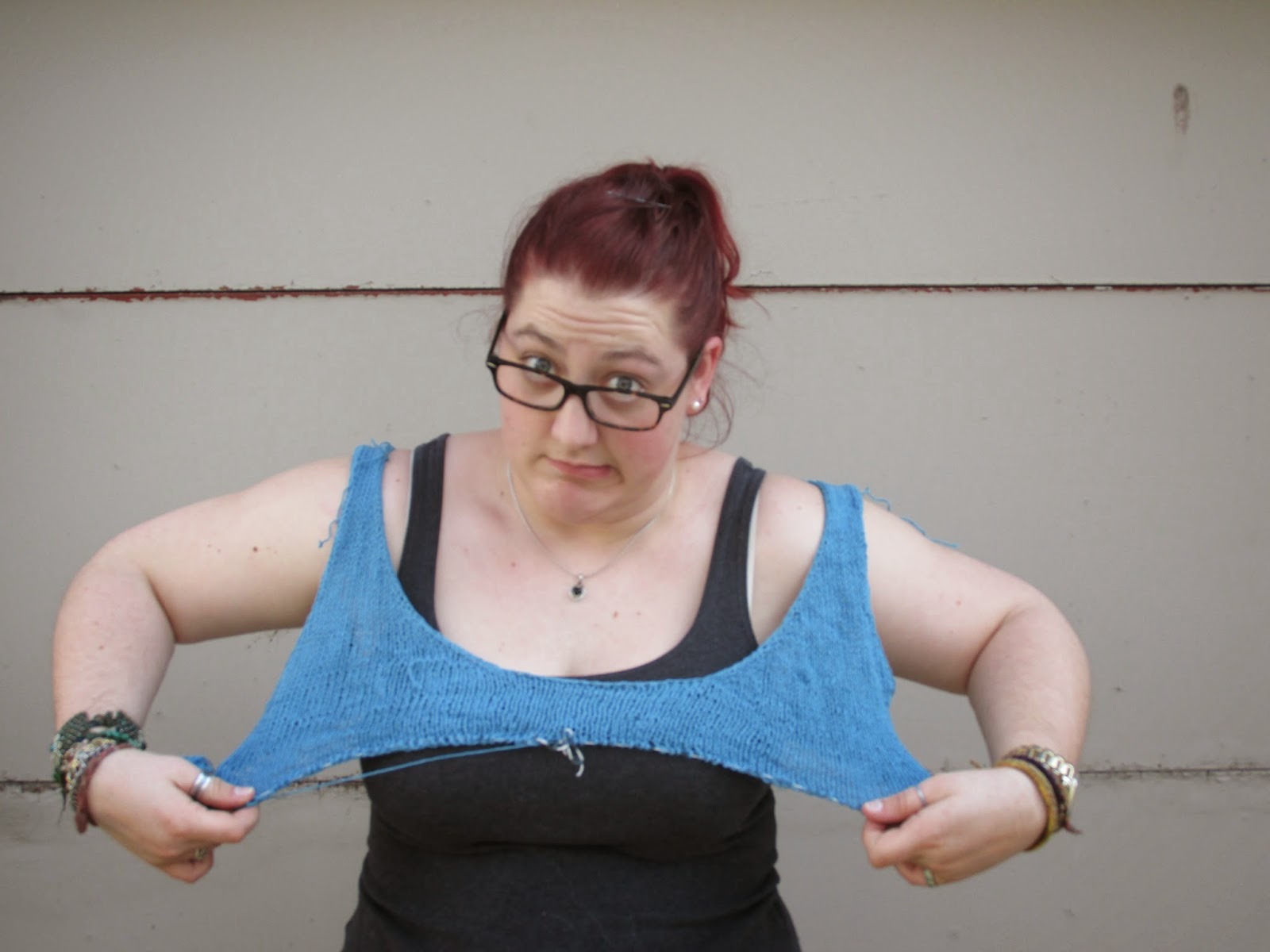 As I predicted, it grew. A lot. This is a 50/50 linen-cotton blend, so I knew it was going to have a lot of horizontal stretch once blocked. And it does. So this weekend, I'll rip out what I have so far and start again with smaller needles.

I'm prepared to hear everyone telling me I should have known better, and that I should have swatched, but I promise, I had very good reasons for forgoing a swatch:

1. This is just for me. No deadlines, no worries, it will get done when it gets done, and it's all mindless stockinette, mostly in the round. It's not really going to make too much of a difference to start over from this point.

2. Swatches lie. When something is really big, the weight of it will pull the fabric in ways that the swatch doesn't always predict.

3. I would have had to knit a very large swatch to account for the change in fabric over size (like, eight inches square or greater). And given the nature of this yarn, even that swatch would have lied.

4. Because of the need for such a large swatch, it only took a little more time to knit the whole upper part of this top and try it on than it would have to get a big enough swatch and to consider it carefully before moving forward.

5. So, one might argue that I was, in fact, being a responsible knitter by recognizing a swatch wouldn't give me enough information and therefore skipping it. I'm going to go with that. 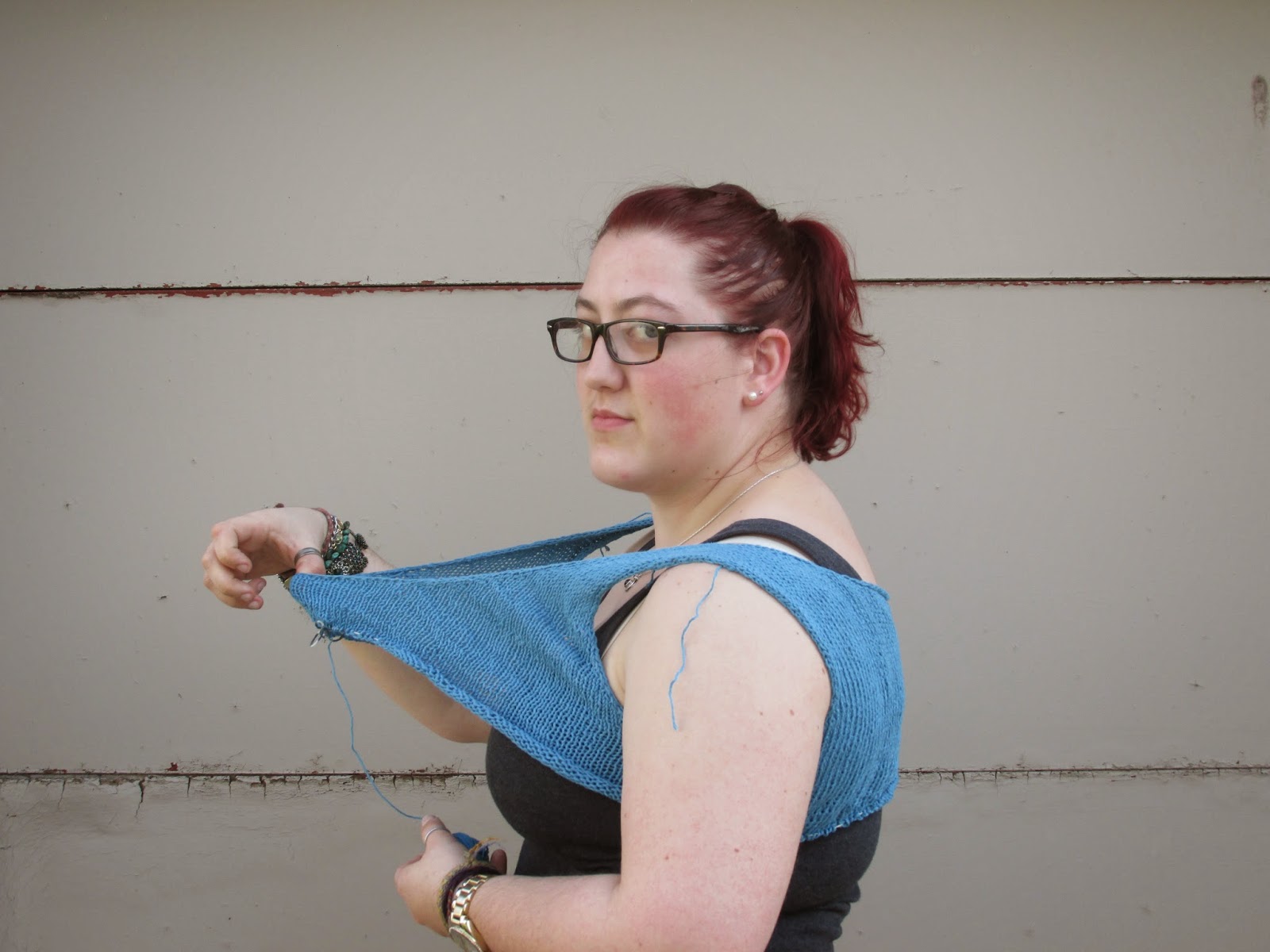