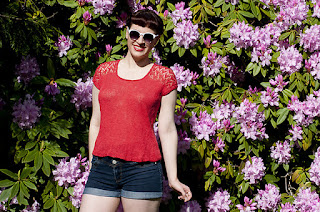 It's that time again! Time for Shannon's Tops, Tanks, & Tees Knit Along! I've been waiting for the announcement for weeks, and I'm super excited for the projects I have planned for this year.

If you remember last year, I was working on a Corinne in some slinky black yarn that I absolutely adore. I mentioned being a little nervous about yardage, and then...nothing. The project disappeared from the blog. Well, I didn't have enough yarn. More than half of it was used up just in the fronts and backs, leaving not enough for the side panels and sleeves. So I ripped it out. 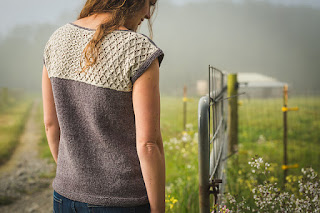 This year, I want to knit up that yarn into a Morning Mist. I think it'll look stunning in all black, and the yardage requirements aren't cutting it quite so close. I really did enjoy working with this yarn, so I'm excited to knit it up again- this time, into a finished project! 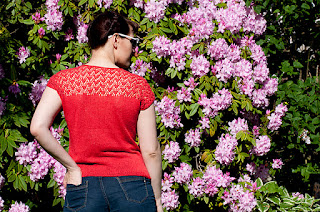 I'm still working on my shawls, and I have a couple more design projects planned, but I'm still hoping to finish at least one of these tops during the KAL (but hopefully both!).
Posted by Kat Riddell at 8:03 AM