I only knit three xmas gifts this year, and while that's certainly a cut back from other years, I was still frantically knitting up through December 23. My cousin's baby got the Reindeer Pullover, which is still one of the most charming things I've ever knit, but I also knit for my mum and for one of my best friends' toddler. 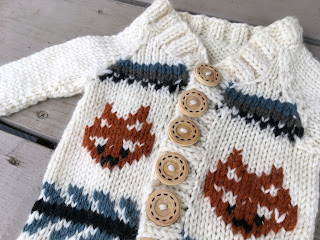 My friend is super into foxes, and as soon as the Fox Hills Toddler Cardi was published, I knew I had to make it for little Cas. I mean, it's freaking adorable. This was so much fun to knit, but I did make a couple of mods: 1) I knit the body in one piece to the underarms, instead of knitting three pieces separate, to cut down on seaming, 2) I knit the sleeves two at a time again, and I eliminated the colorwork on the sleeves. I didn't think the sweater necessarily needed it, and Cas has grabby little toddler fingers, and I don't want my friend to have to deal with getting him untangled from sleeve floats all winter, 3) I picked up stitches and knit the button band onto the sweater instead of knitting it separate and seaming. Life's too short for that nonsense. 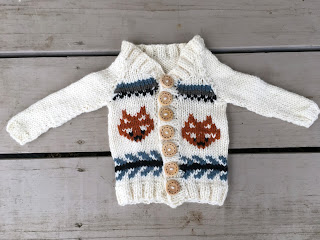 This was my first time actually doing duplicate stitch, but I've been familiar with the technique for a while, and it is one of the most satisfying things ever. I did mess up in a couple of spots and have to fix them, and I ran out of yarn with just two stitches left one time and had to cut another piece, but overall I'm absolutely thrilled with how this came out. All my fingers and toes are crossed that it actually fits its intended recipient. 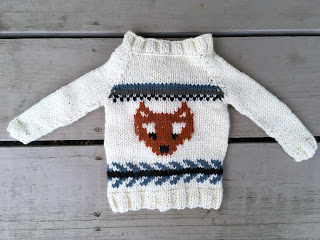 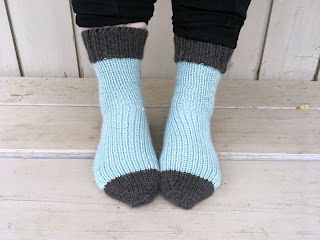 Finally, I knit for my mum! She has a big collection of thick fuzzy socks to wear around the house, but I've only ever knit her regular socks, so this year I decided to knit up a pair of Foot Ovens. These were so enjoyable to knit up, they're super quick and gratifying, and they're really warm. And so soft. I'm not normally a toe-up sock lover, but I managed to get these ones the right size, and my mum is super excited about them. 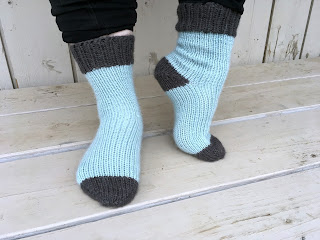 
Linking up with Yarn Along
Posted by Kat Riddell at 8:16 AM