It's a blight that visits each of us, in our turn.  We spend hours, days, weeks, or even months on a project, only to reach a point where we discover that it's all for naught.  There's a catastrophic mistake, only two rows in from the cast on, or the sizing's off, of we decide that the way the yarn is pooling isn't actually that charming after all.

Or we realize that we're out of yarn. 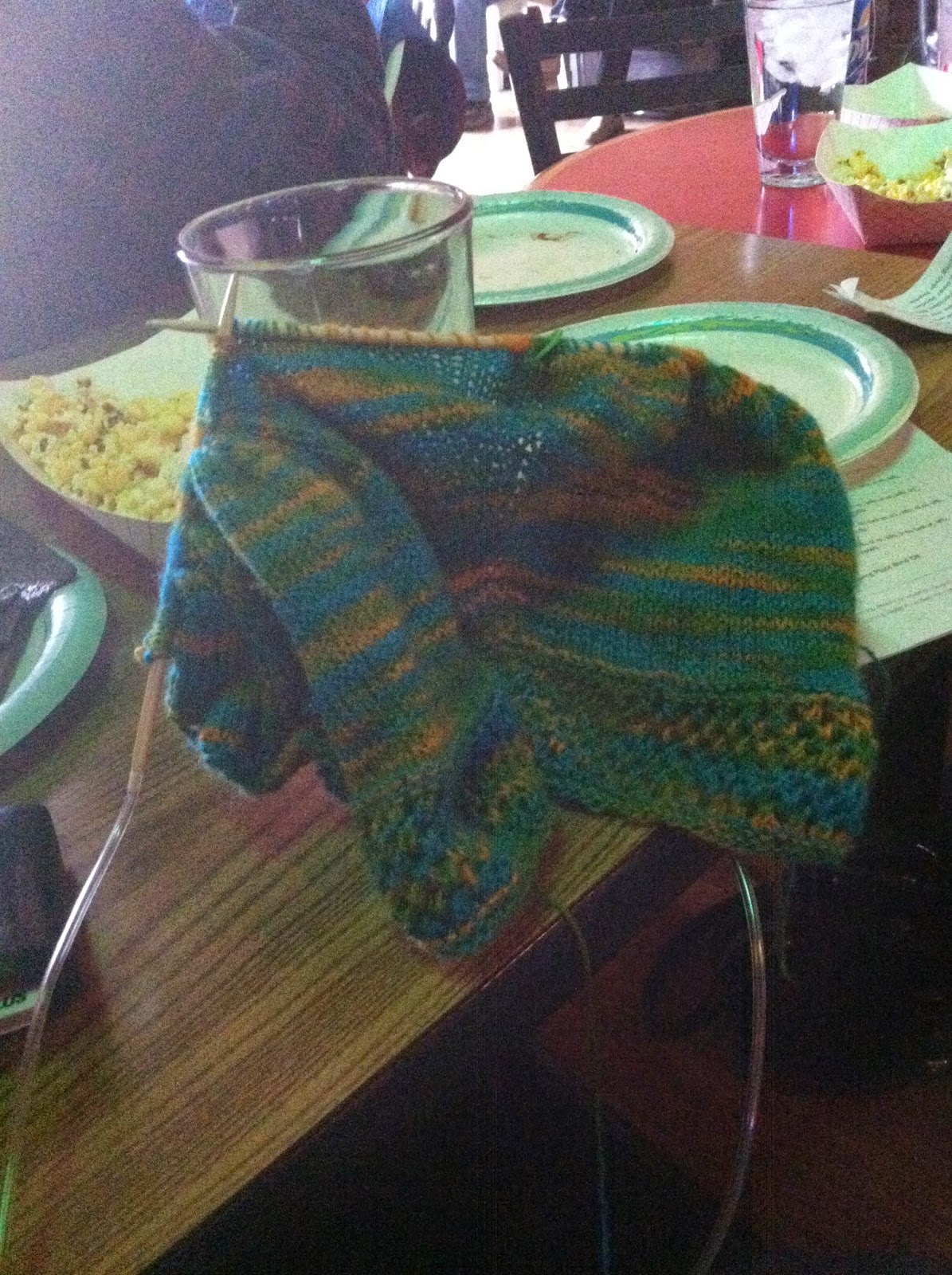 This is Mottled Daydream at about its halfway point.  I have really enjoyed knitting it, but I ran out of yarn with 14 rows and the picot bind-off left to go, and this was after cutting out several pattern rows.

I started tinking.  I thought that maybe I'd have enough if I tinked back through the entire fourth texture section, but I ran some quick numbers in my head and realized that wouldn't cut it.  Not even close.  So I put it on my desk to think.

After a couple of days, I feel like the best course of action is to very slowly and very carefully frog the whole thing.  As written, the pattern calls for 36 rows after the first texture section.  I plan to cut that way down, to only 16 rows.  Then I plan to cut out the fourth texture section entirely.  That should leave me with enough yarn to do the entire lace border and picot bind-off, which are the two sections I absolutely didn't want to compromise.

I feel really bad that I've spent two weeks on this and have nothing to show for it.  Plus I have actual deadline knitting to do now, that I've been putting off to knit this.  But now I have to knit those things and wait on this.  And soon it will be too warm to wear cashmere, whereas if I'd finished it this weekend like I'd planned, I could have gotten a week or two of wear out of it before the weather got too hot.

Ultimately, I'll be happier for redoing this.  I want to feel proud of the things I knit, and I hate feeling like I've rushed something or done less than my best.  So once I've calmed down a little bit, I'll sit down with this and make it into something I'll be happy with.