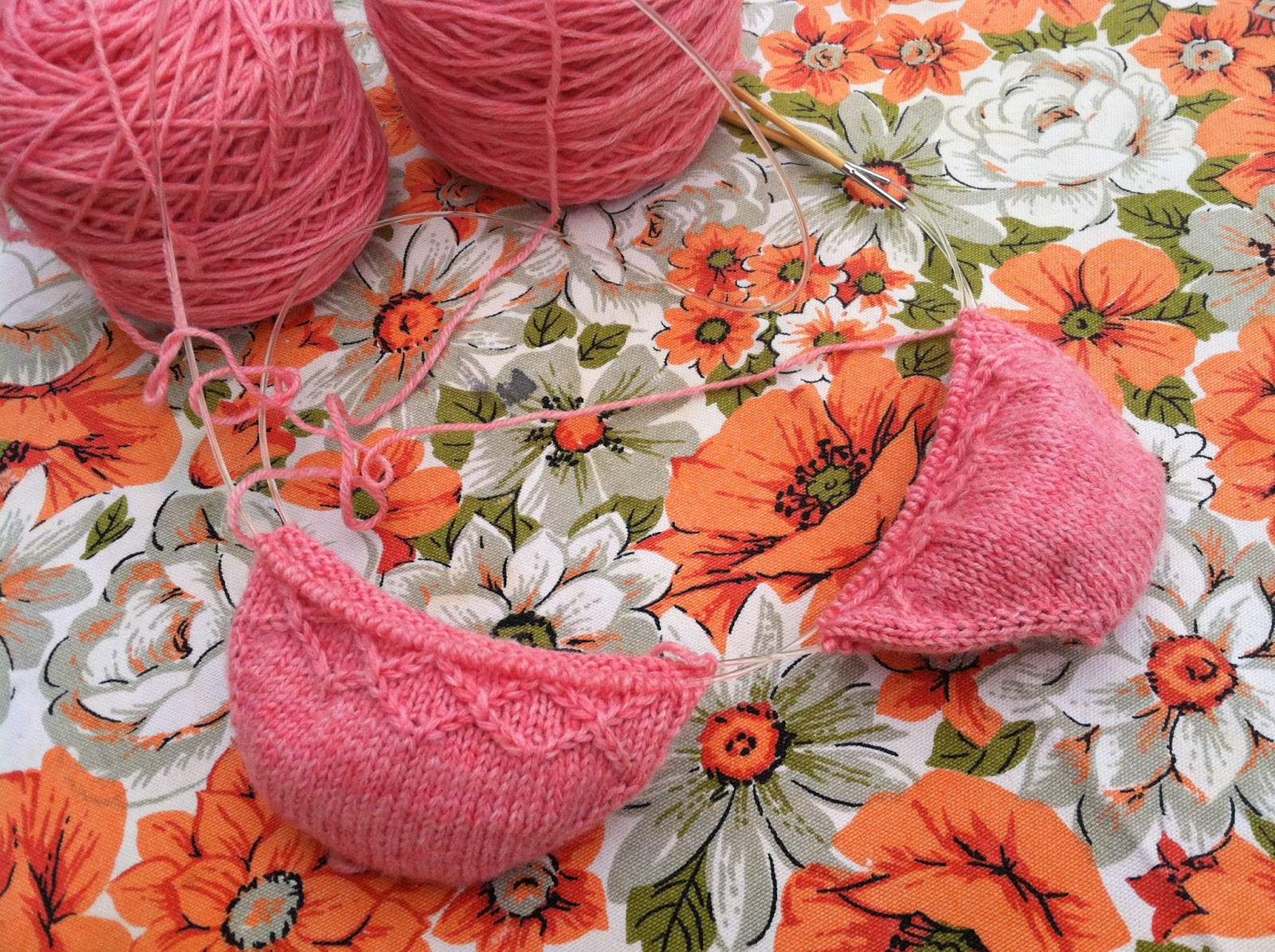 Hey, remember these? I'll admit, I hoped that they would go really smoothly and I'd be done relatively soon, but I don't think that's the case. They're not really working for me so well. I totally see the appeal of this method, and I see how it can work well for some people, but it's not really my thing. There's a whole lot of needle cable there to keep track of, not to mention two separate balls of yarn, and so far I seem to be really good at getting everything twisted together.

But it's not terrible. I can definitely manage, but it's not like a regular comfort-knitting sock project. I have to focus on it, and pay attention to what all the strings and cables are doing. So my best bet probably is to take these slowly. I tried leaving them alone until I felt like knitting on them again, but that resulted in me ignoring them for a while until I picked them up again because of guilt.

So. Slow and steady. And no ignoring it. I'm determined to master this technique, even though I only plan to use it sporadically, so I'm not giving up on these. But I do think I'm going to try some strict scheduled knitting on these-two to five rounds per day, no exceptions. I'll keep them by my bed so I can't ignore them. So maybe before the end of summer my mum will have a finished pair of socks.

(I have a bunch of pretty new things to show you guys, too, but it's supposed to rain all week and it's too dark inside my house to take pictures, so bear with me. Also, this may be my hilarious Hades/Persephone obsession speaking, but this poem was one of my favorite things I read this week.)
Posted by Kat Riddell at 7:48 AM