Today has been a very full day.  I started with a cup of coffee, then a 9am grocery run, and since then I've baked two loaves of bread, between 3 and 4 dozen cookies, and the first of two dozen oatmeal muffins are in the oven as I'm typing.  And I feel as though I've earned a breather. 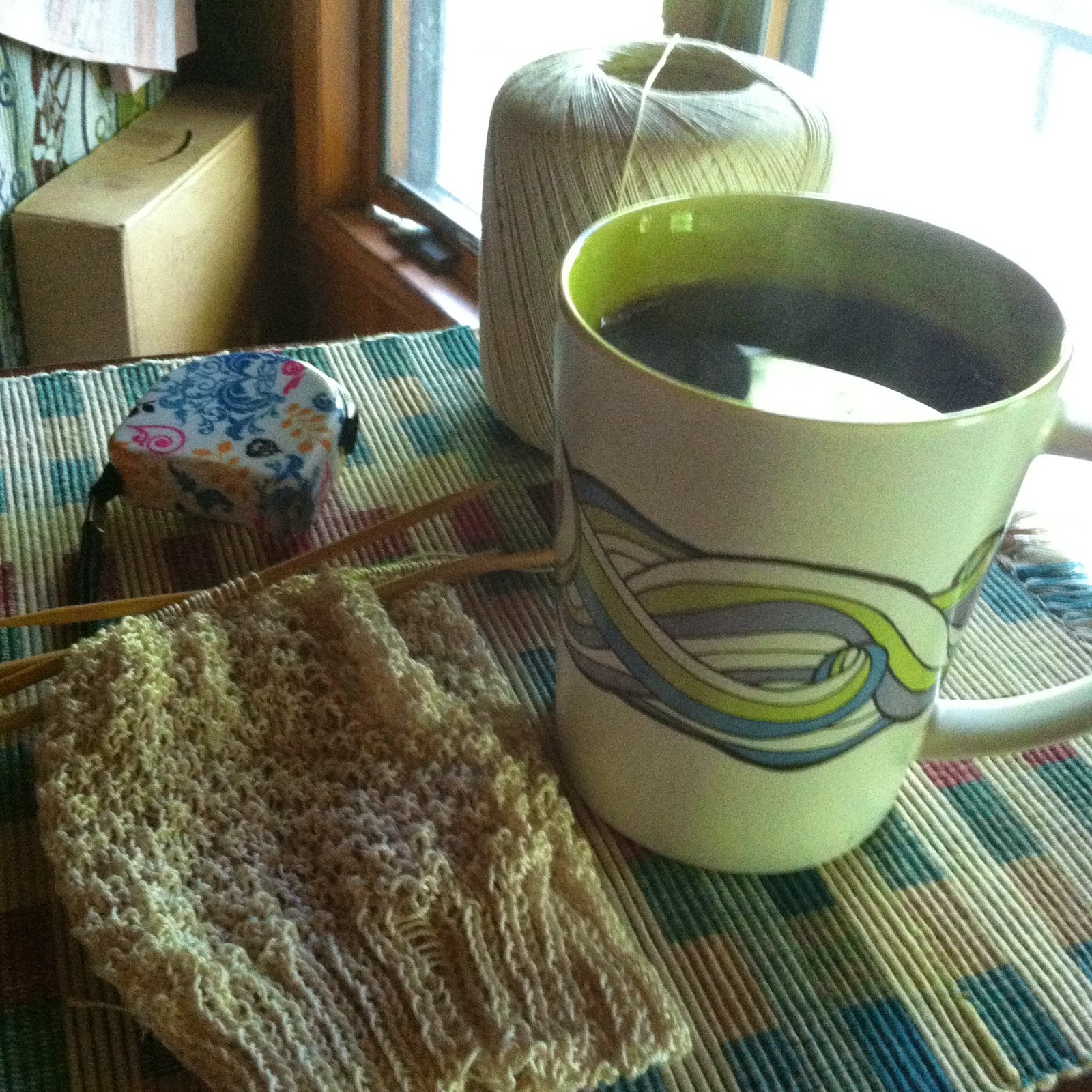 Looks beautiful, doesn't it?  All settled in, with a cardigan that's not done enough for me to breathe easy and a well-earned cup of coffee.  My version of a perfect afternoon.  I planned to get that first sleeve done (only one inch left on it!) before play rehearsal, then work on the second during a long break I have during rehearsal today.  But oh, how the universe laughs at plans. 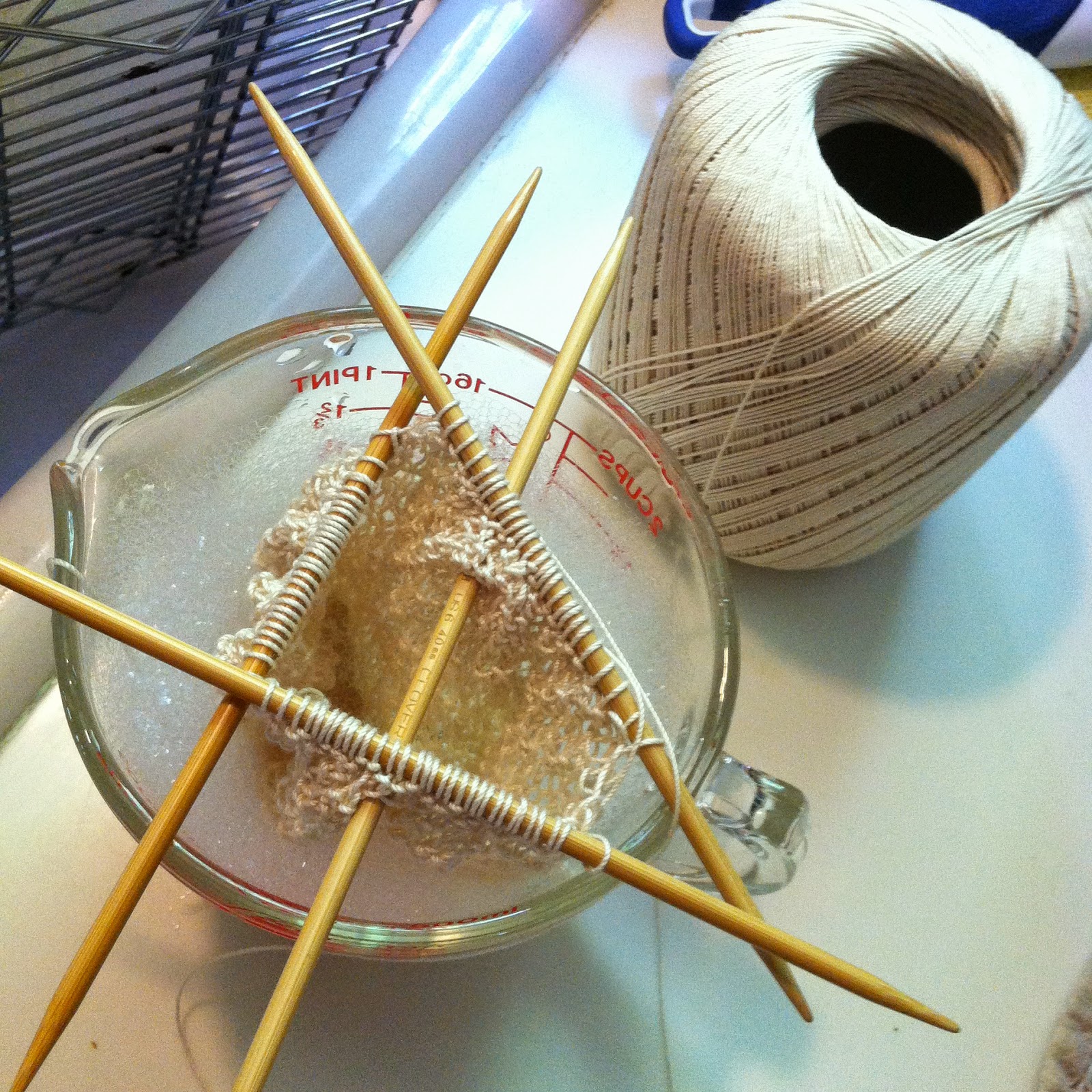 If you guessed that I spilled coffee on the sleeve, you're right.  My heart stopped.  I've dyed with coffee before, so I know it can be stubborn.  And this stuff was HOT, as in right out of the pot.  And the yarn is cotton, so it will eat up dye like nobody's business.  I instantly ran it under cold water, and now it's sitting in cold water and dish soap.  Last check, I couldn't see where the coffee had spilled, but I'm going to let it sit for a while longer before I rinse it out.  (Do you know how much coffee I've drunk while working on this so far?  And I've never spilled coffee on my knitting before.  Clearly the universe has it out for me right now.)

And now my plan is shot to hell.  I'm getting really nervous.  Heartmate still looks like this: 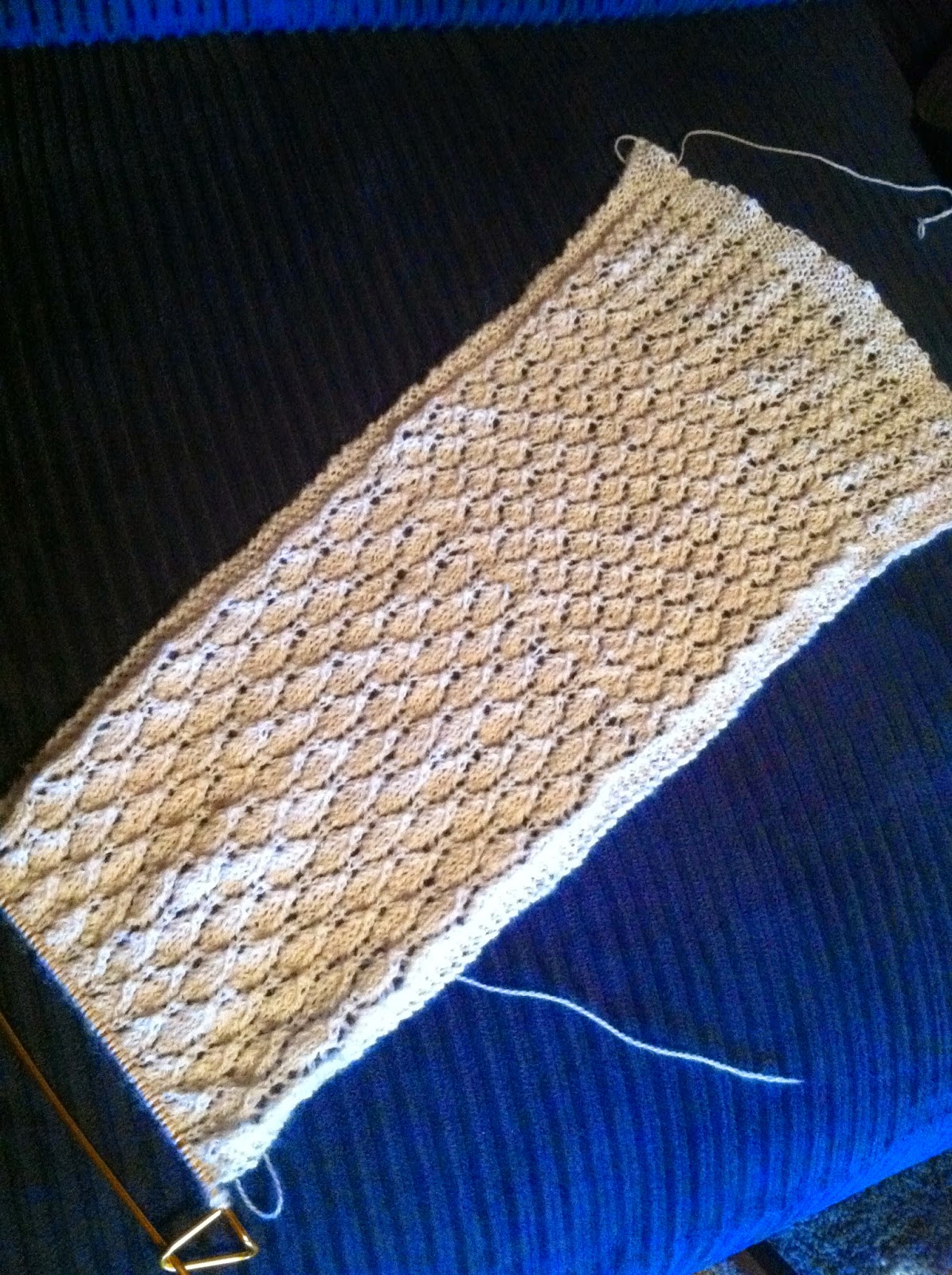 (I originally typed that as Heartbreak, if that gives you any idea as to my state of mind right now) and it will take me about 4 days to knit the other side.  I could probably do it in less, but they way my luck seems to be going right now, I don't want to tempt fate.  So I absolutely need to finish Ella no later than July 5th, so I can finish Heartmate by the 9th and have them both blocked and dry by the time I leave on the 11th.  (To make it worse, those are my only set of US7 DPNs on the current sleeve, so I can't even start the other one while I wait for Sleeve #1 to dry.)

So now I guess I'll probably work on the baby blanket during play rehearsal.  I'm so bummed right now that my perfectly planned plan is no longer in effect, I almost don't want to drink my treacherous coffee.
Posted by Kat Riddell at 2:18 PM