Oh hey, a new WIP, and it's definitely not Xmas knitting (is it just me, or is it really hard to get into the Xmas knitting mood this year? I don't have to panic yet, but I will soon, and that's not motivating me at all...).

I've had these mitts queued FOREVER. My best friend from middle and high school turned me on to Doctor Who

back in 2007, and Doctor Who actually had a really strong influence on me deciding to start knitting. Anyway, three years later, when I actually started knitting and joined Ravelry, I found all these supermegacool Doctor Who-inspired knits-these mitts included (fellow Dr. Who nerds will note my project name for these and smile knowingly). 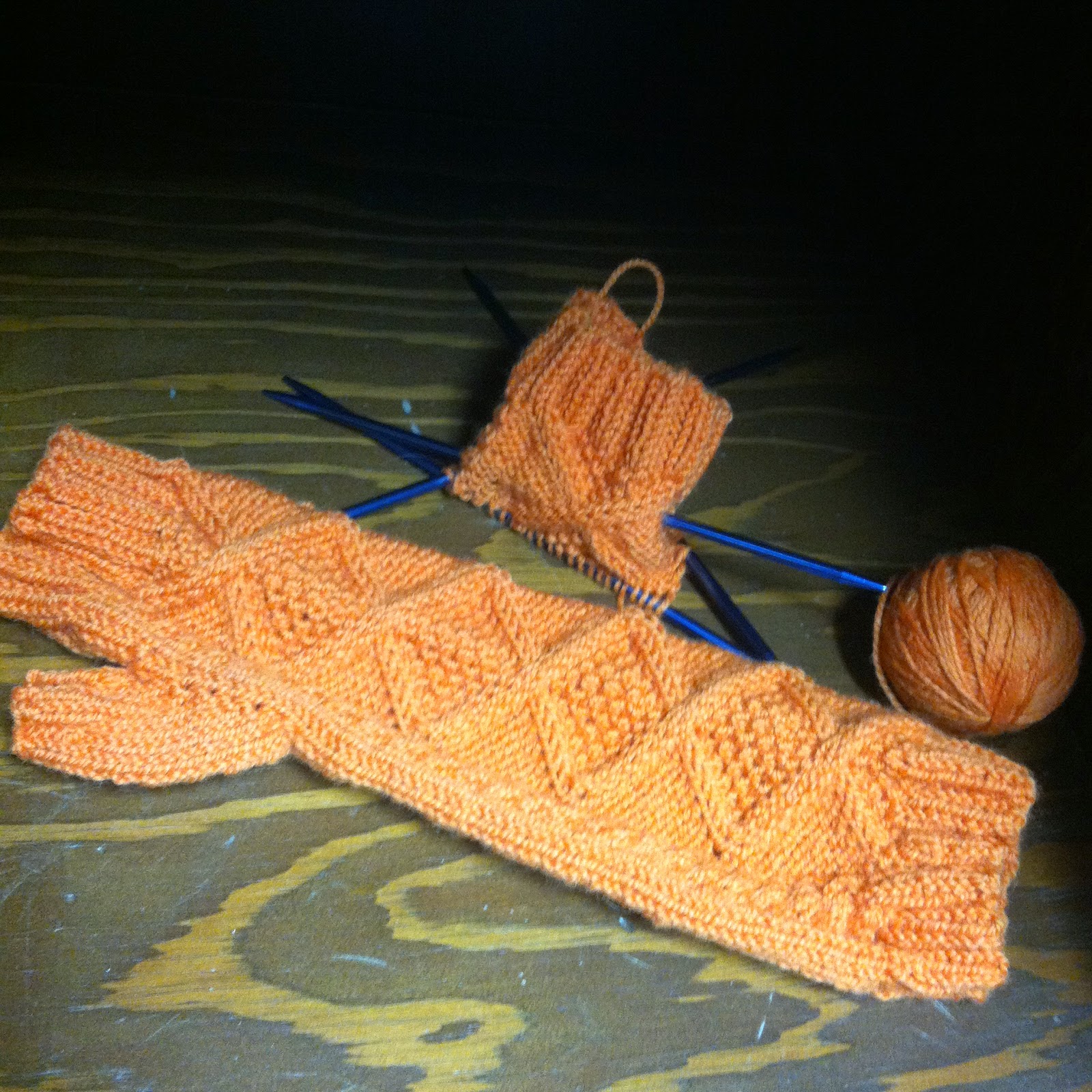 I got this yarn (and now it's discontinued, because of course it is) at Athena Fibers over the course of a couple of years (I bought one skein in late 2010 because I liked the color, and then I bought one more in mid 2011 when I decided it would be perfect for these mitts, and then I bought another skein of it in the spring of 2012 because I was afraid I wouldn't have enough, and it's really hard to find decent orange yarn). Then I noted the yarn in my queue, and I promptly ignored it for the next couple of years.

Guys, I'm really good at procrastinating. I don't even know what made me pull these out a couple weeks ago except for the sheer desire to just get them out of my freaking queue already. The first one knit up pretty quickly, but I think I'm hitting second-mitt syndrome on the second one. I'm working these without a cable needle, and I've messed with the cables so that the mitts are a mirrored pair and that each mitt is mirrored as well (I have a thing about mirroring cables and symmetry. It's kind of pathetic, actually). 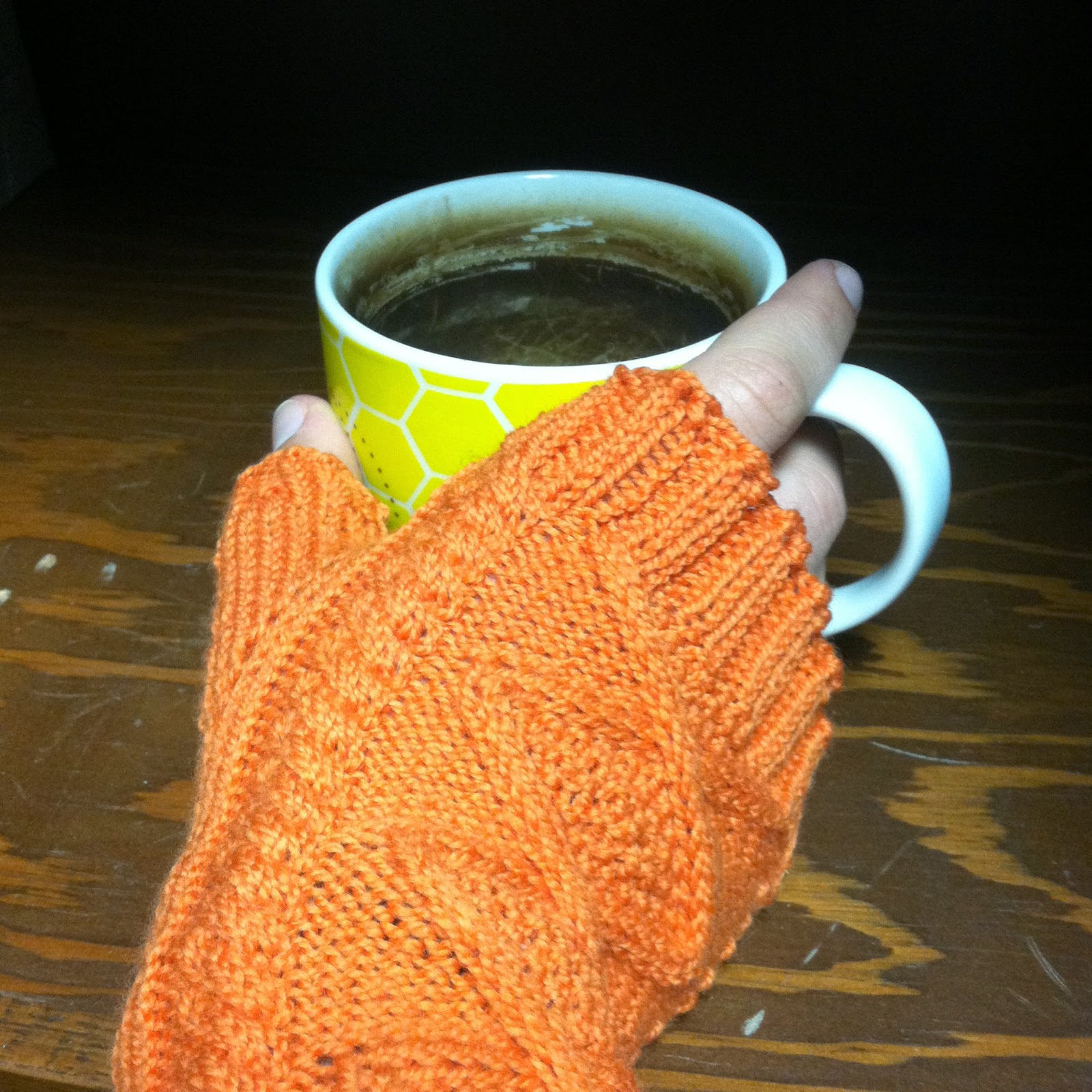 I'm really pleased with the first one though, and while I was a little hesitant about the color when the yarn was balled up, it's knitting up beautifully. This yarn is so squishy and bouncy, and it has great stitch definition-so it's pretty perfect for these! I'm hoping to get them done soon so I can kick myself into gear on my Xmas knitting, but....I'm reeeeaaaallllly good at procrastinating.
Posted by Kat Riddell at 10:27 AM